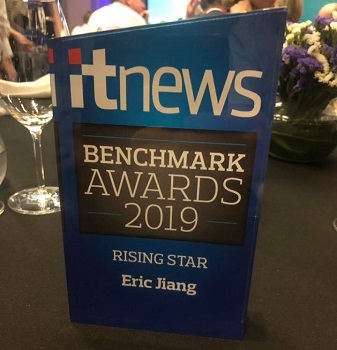 Congratulations to Eric Jiang who has received the 'Rising Star' award at the annual ITnews awards.

The ITnews awards recognises the achievements of IT leaders at businesses and public organisations throughout Australia.

Eric received the award for his work developing the much applauded MonPlan program; whilst still an undergraduate.

Eric had the idea for MonPlan, when he and a friend talked about how time-consuming it was to look through multiple pages in course handbooks. They felt that there should be a faster way to be able to see unit prohibitions, restrictions, and where the units fit into a course.

Realising he could simplify the process with some basic programming, he posted a survey on social media to gauge interest from other students. Along with examples of how the program would work and look, Eric received an overwhelming response to the idea from other students.

Seeing the potential benefit to the students, eSolutions approached Eric to collaborate and scale up his original idea.

Monplan was launched in October 2018, and is one of many student-led initiatives that started from our annual Hackamon.

Eric shares this award with Fiona Sparks from the Victorian Department of Health and Human Services. 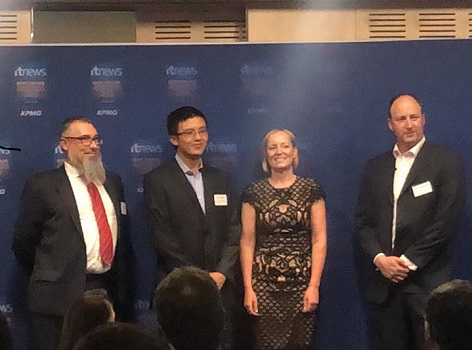