Are different addictions more similar than we think?

Are different addictions more similar than we think? 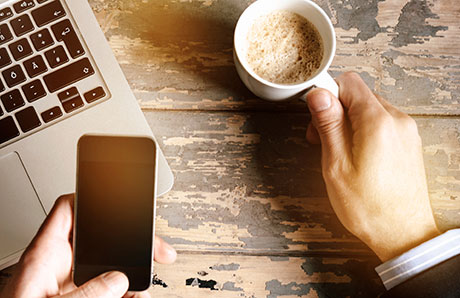 "The anticipation of a reward motivates many human behaviours," says Murat Yücel, MICCN Addiction Program lead. "And as far as the brain is concerned, a reward is a reward, regardless of whether it comes from a chemical like cannabis, food, or a behaviour like gambling or hand-washing for someone with OCD. "

It may be all the same to the brain. But traditionally gambling, substance abuse, food addiction, and obsessive compulsive disorder have been diagnosed according to the behaviours they trigger rather than their biological underpinnings.

Now, clinical neuroscientists like Yücel are homing in on that underlying biology and finding common signatures between different disorders. Their findings are being married with traditional diagnostic criteria to create a far richer clinical picture of compulsive and addictive disorders. This "cross-diagnostic" approach could lead to some much-needed new treatments.

Eavesdropping on the brain

A key driver of the cross-diagnosis approach has been the ability to eavesdrop on the detailed ebb and flow of brain activity made possible by rapid advances in brain imaging.

For example, neural circuits in the ventral striatum, part of the brain's reward system, are highly activated in much the same way in people with addiction responding to cocaine, problem gamblers anticipating the next bet, or people with obsessive compulsive disorder when their condition is triggered.

That pattern of brain activity may also be reflected in people's attitudes to their particular addiction. "Patients with OCD who display washing behaviours expect to feel good after they perform the behaviours, similar to people with addiction or gambling problems," says psychiatrist-researcher Leo Fontenelle, who divides his time between MICCN and the Institute of Psychiatry at the Federal University of Rio de Janeiro.

Sometimes, even before disorders become obvious, people who go on to develop problem gambling, obsessive eating or drug addiction share traits. "For instance, they may have started off in the high end of the normal spectrum for impulsive, compulsive and addictive behaviours," says Yücel, who will be executive director of the MICCN addiction and compulsive behaviours neuroscience clinic.

And once a person develops full-blown addictive or compulsive disorders the overlaps become more stark.

To Fontenelle and Yücel those commonalities immediately suggest potential new treatments — particularly ones that focus on lifestyle and cognitive behavioural therapies to address the underlying neurobiology driving behaviours.

The cross-diagnosis approach is gathering momentum globally, but there's a way to go. For instance, the influential Diagnostic and Statistical Manual of Mental Disorders categorises addictive and compulsive disorders according to symptoms alone.

To bring more consideration of the underlying biology into the clinic, Yücel and his team are developing an online cross-diagnosis assessment tool tailored to people with addictive and compulsive behaviours."We need to shift from simply diagnosing people and more to profiling them," says Yücel. "It's less stigmatising, and more useful in terms of understanding the best interventions for each person."