Can a tablet app help children with attention difficulties?

Can a tablet app help children with attention difficulties? 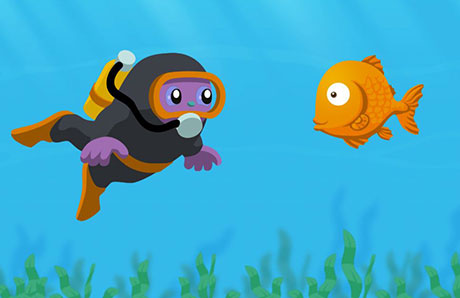 It's a game featuring four tubby fur balls — the eponymous TALIs — characters animated by Melbourne-based Torus Games, which has also developed games featuring Shrek and Scooby-Doo. The TALIs guide children through games that ratchet up through multiple skill levels, directly responding to each child's performance.

"It's constantly updating, so it's adaptive to that child's abilities," says Hannah Kirk. For her PhD with MICCN director Kim Cornish, Kirk tested TALI in a randomised-controlled trial involving 76 children with attention problems due to autism spectrum disorder, Down syndrome and other developmental disabilities.

TALI challenges the child to stay focused on a task, to switch their attention between tasks, to block impulsive responding to irrelevant stimuli (in the game, children have to not touch the screen when a lion pops up), and to mentally hold and use information. Encouragement from the TALIs, along with simple gamification techniques such as rewards for tasks completed, motivate children to rise to the challenge.

"It's the first indication that this type of training is able to produce improvements in those core cognitive aspects of attention," says Kirk.

Roughly 5 percent of children have an attention problem. Typically, they have difficulties in focusing, maintaining or switching attention, which leads to learning and behavioural problems, and severely limits a child's chance of flourishing.

There's also a sophisticated boiler room of activity underpinning the app, courtesy of data analysis software developed by Melbourne-based firm Grey Innovation. It processes 140 variables, multiple times a second, as the game is played. With the parent's consent, this delivers valuable data into the hands of the research team, who use it to further refine the game, and better understand attention disorders.

Once TALI is released — slated for 2016 — the same data will be used to generate reports to assist clinicians diagnose and monitor children with attention difficulties.

And it hasn't ended.

Kirk is set to become TALI Health's Chief Scientific Officer, and if all goes to plan, the company will be extending the product line-up with scientifically validated apps tailor-made to specific disorders.