Can people with amnesia learn?

Can people with amnesia learn? 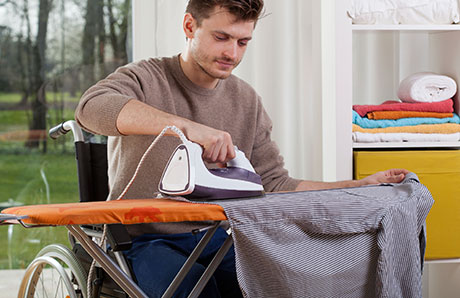 Deaths from car accidents have plummeted over recent decades. Seat belts, air bags, crumple zones, and improvements in emergency medicine have all lowered the road toll.

But there's a disturbing flip side to this trend. As fewer people die, more are surviving with life-altering traumatic brain injuries.

Now, a team led by MICCN neuropsychologist Jennie Ponsford, director of the Monash-Epworth Rehabilitation Research Centre, is investigating a novel approach to speeding up rehabilitation.

"At the moment of trauma, the brain moves rapidly back and forth and side to side in the hard skull, causing bruising of the brain, and stretching and tearing of neurones and axons," says team member neuropsychologist Adam McKay.

Swelling and lack of oxygen can further damage the brain in the hours and days after an accident, contributing to lasting physical disabilities, as well as sleep disturbances, fatigue, attention problems, and depression.

Rehabilitation, training to restore a person's physical day-to-day skills such as showering and dressing, is a crucial part of recovery. But when should rehabilitation start?

Conventional wisdom says it should wait until a person emerges from post-traumatic amnesia, the memory loss and confusion that follows severe brain injury.

And that is the assumption that the Ponsford team is testing. If it does turns out that people are able to start rehab while still amnesic, the savings in terms of human suffering — not to mention healthcare costs — will be considerable.

During post-traumatic amnesia a person is disoriented, not knowing where they are, what day or year it is, how old they are, or that they've been in an accident. They may be agitated, upset. The amnesia may last for a few hours or months.

One reason rehab is delayed following brain injury is a fear that it will add to the patients' distress. However, McKay wonders whether this is the case. "It's untested," he says. There's even a possibility that it might have the opposite effect, staving off boredom and agitation.

Another reason is the assumption that people in post-traumatic amnesia are unable to learn as they usually have trouble remembering new information from one day to the next.

But learning and so-called explicit memory are not identical. Explicit memory is the ability to recall what has been learnt. Whereas learning can be tacit. People often learn new skills — bike riding for instance — without being able to say what they are doing.

"We really don't know a lot about what's happening to the brain during post-traumatic amnesia," says occupational therapist Jessica Trevena-Peters, who is running the trial as part of her doctoral studies in neuropsychology.

In the trial, people with traumatic brain injury are taught daily living activities for up to an hour each day starting while they are still in post-traumatic amnesia as judged by standard tests. The occupational therapists focus on encouraging them to mimic the precise steps involved, tapping into a person's implicit learning system, rather than relying on the formation of explicit memories.

Participants' ability to look after themselves will be assessed during their stay in hospital and after they have lived outside of hospital for six months. The rate at which they recover from post-traumatic amnesia, and other symptoms of traumatic brain injury will also be measured.

"If [earlier rehabilitation] results in shorter hospital stays that's good for the patient, and reduces the cost of care," says Ponsford. "But our ultimate goal is to improve the long-term health and wellbeing of these people, who are often young, to improve the chances that they will be able to live and function independently."