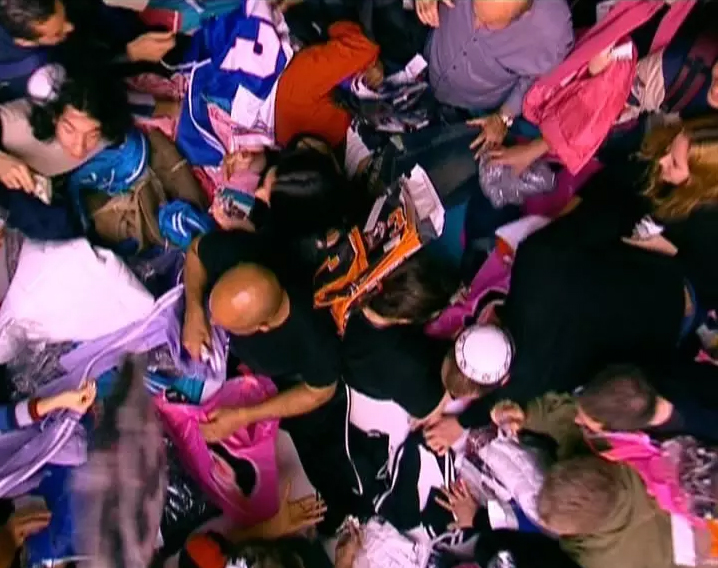 Regarding Fear and Hope

Regarding Fear and Hope tackles the emotional tenor of our times. The exhibition aims to investigate and register the political and cultural dimensions of these emotional states. There is an increasing and pervading sense of ‘fear’ in our midst, made manifest in some of the more extreme attitudes to immigrants and asylum seekers, but also in responses to the abstract notions of change, risk and difference. It is perhaps not so much that we are actually fearful, but that fear itself is more present today, as a concept, a justification, an irritant and a political concern.

A counterpoint to fear is hope – and one of the urgent questions of our time is whether we can have hope or not. Hope is an emotion that many of us have experienced at one time or another. But a sense of hope in the wake of fear is altogether different. Hope requires faith in human behaviour. As Victoria Lynn has suggested:

This is not an exhibition about ‘emotions’ in the personal sense of its meaning. Regarding Fear and Hope tackles the states of fear and receding horizons of hope. Art has the capacity to convey such states, or at least to respond to them with both aesthetic and ethical means. The exhibition will be accompanied by a full colour illustrated catalogue featuring essays by exhibition curator, Victoria Lynn and Ghassan Hage, author and Chair of Anthropology at the University of Sydney.

Media Kit:
Regarding Fear and Hope Regarding Fear and Hope