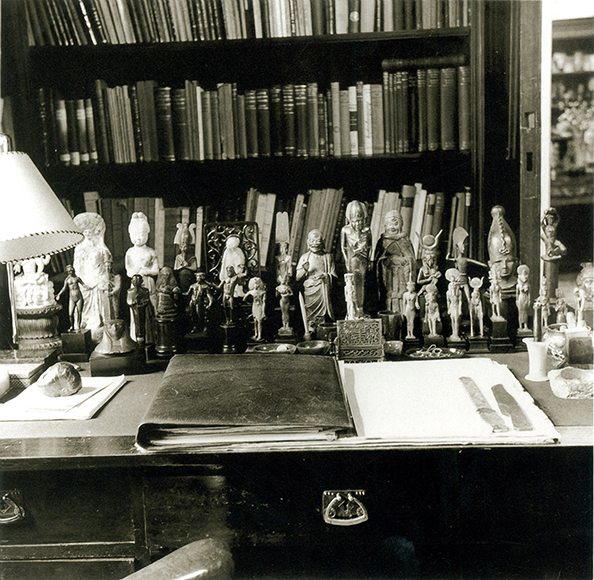 Sigmund Freud’s Collection: an Archaeology of the Mind

Developed by MUMA in association with The Nicholson Museum, University of Sydney

In the late 1890s while writing The Interpretation of Dreams, Freud became an art collector, developing an obsession with antiquity, beauty, myth and archaeology that lead him to amass a brilliant private museum of over two thousand statues, vases, reliefs, busts, fragments of papyrus, rings, precious stones and prints. Bringing both his passions together, Freud stated: ‘The psychoanalyst, like the archaeologist, must uncover layer after layer of the patient's psyche, before coming to the deepest, most valuable treasures.’ For the first time, Freud's antiquities will be seen in Australia at Monash University Museum of Art (September-November 2007) and University of Sydney’s Nicholson Museum (January-March 2008). Sigmund Freud’s Collection: an Archaeology of the Mind brings together objects from Sigmund Freud’s personal collection of antiquities held in the Freud Museum, London. The works − which will be presented alongside related film and photographic material, including Anna Freud’s home movies − offer a unique insight into Freud as collector, thinker and art connoisseur, and reveal how Freud’s study of art and antiquities influenced his theories of psychoanalysis.

Curated by Dr. Janine Burke, the exhibition follows publication of The Gods of Freud: Sigmund Freud’s Art Collection, the author’s book-length study of the Freud Collection and its role in Freud’s life and work. It will position antiquities and myth in relation to contemporary discourses around psychoanalytic theory, and will explore the resonance of these forms in contemporary cultural life today. Dr Burke has selected eighteen major works that not only provide an overview of Freud's collection but also offer insights into his revolutionary theories about sexuality and civilization.

PGAV Get into Art! Open Day at MUMA
Sunday 28 October

Media Kit:
Sigmund Freud’s Collection: an Archaeology of the Mind Sigmund Freud's Collection: An Archaeology of the Mind (Sold Out)
Monash University Museum of Art