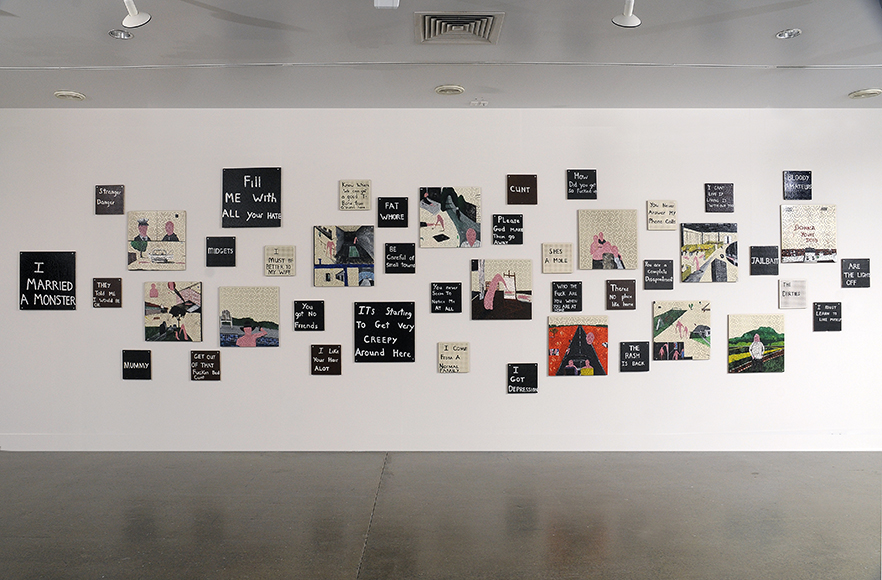 Richard Lewer: Nobody Likes a Show Off

Richard Lewer: Nobody likes a show off covers the scope of this artist's practice, encompassing painting, drawing, animation, installation and performance. Marked by a sceptical humour and a focus upon the darker sides of human behaviour, place and social identity, Lewer's work involves close observation and highly subjective encounters with family, religious, sport and criminal subjects, leading to insightful and absurd narrative reflections on good and evil, life and mortality. This survey exhibition will feature keys works from public and private collections in Australia and New Zealand.

Richard Lewer is a Melbourne-based artist who was born in New Zealand in 1970, relocating to Melbourne in 1996. His practice encompasses a broad range of media including painting, drawing, animation, video and performance. He has exhibited regularly in Australia and New Zealand since 2001 and was recently awarded both the Colin McCahon House Residency, French Bay, Titirangi, New Zealand in 2008, and the prestigious Wallace Art Award, which provides the artist with a six month residency in New York in 2010.

Lewer’s work is held in the Monash University Collection, as well as collections of the National Gallery of Victoria, the Museum of New Zealand Te Papa Tongarewa, the Waikato Museum Collection, the University of Auckland, University of Waikato, Victoria University, Waikato Art Society, The James Wallace Trust, Art Bank Collection.

Media Kit:
Richard Lewer: Nobody Likes a Show Off 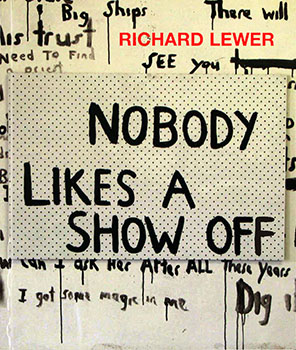 Richard Lewer: Nobody Likes a Show Off