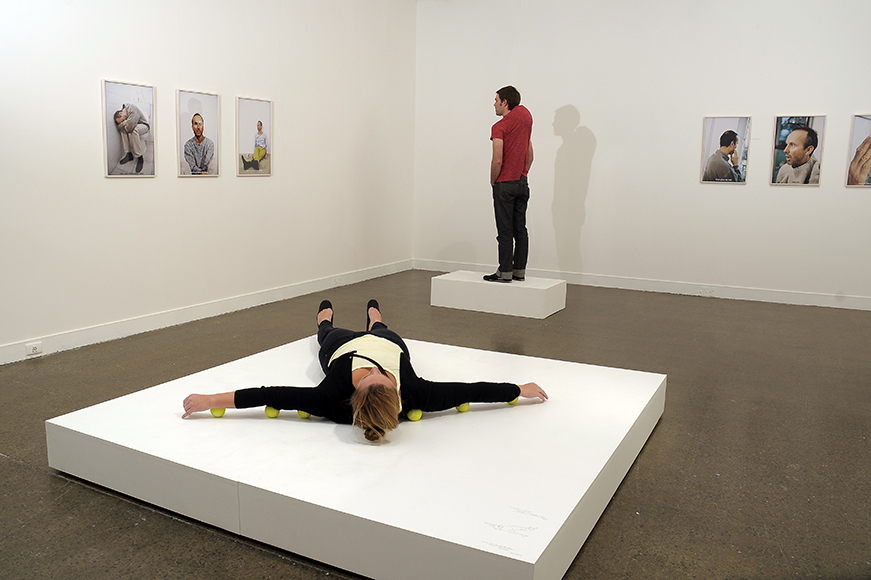 Too Much of Me: 7 Paths Through the Absurd (With Detour)*

"… trying to cease and never ceasing, seeking the cause, the cause of talking and never ceasing, finding the cause, losing it again, finding it again, not finding it again, seeking no longer, seeking again, finding again, losing again, finding nothing, finding at last, losing again, talking without ceasing, thirstier than ever, seeking as usual, losing as usual, blathering away, wondering what it’s all about, seeking what you can be seeking, exclaiming. Ah, yes, sighing. No no, crying, Enough, ejaculating, Not yet, talking incessantly, any old thing, seeking once more, any old thing, existing away, you don’t know what for, as yes, something to do, no no, nothing to be done, and now enough of that, unless perhaps, that’s an idea, let’s seek over there …"
– Samuel Beckett, The Unnamable

"The absurd is the essential concept and the first truth.

The absurd is born of this confrontation between the human need
and the unreasonable silence of the world."
– Albert Camus, The Myth of Sisyphus

How do we make sense of who we are and our place in the world, a world ambivalent to our existence? Our thirst for meaning fuels our encounters with the absurd; whether unexpected or deliberately sought out. Too much of me creates a number of paths through this terrain, encompassing the philosophical weight of the absurd as well as its relationship to play, creation, ridicule, revolt and freedom.

Too much of me features the work of Ronnie van Hout, Kirsty Hulm, Laith McGregor, Stuart Ringholt, WorkmanJones and Erwin Wurm, with a detour from Samuel Beckett and Buster Keaton. The artists in the exhibition work with aspects of personal refection and self-portraiture. If art and self awareness arise from self reflection, what are the dangers of an excess of self reflection – too much of me?

Dancing with Myself: Adrian Martin, An illustrated lecture featuring dance in film with absurd resonances
Thursday 21 May

Media Kit:
Too Much of Me: 7 Paths Through the Absurd (With Detour)*

Image: Too Much of Me: 7 Paths Through the Absurd (With Detour)*, installation view: Monash University Museum of Art, 2009. Photo: John Brash 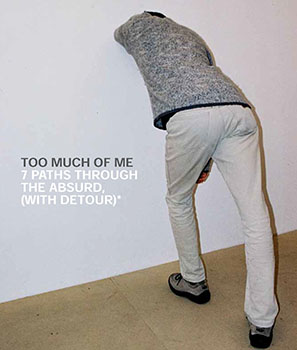 Too Much of Me: 7 Paths Through the Absurd, (with detour)*