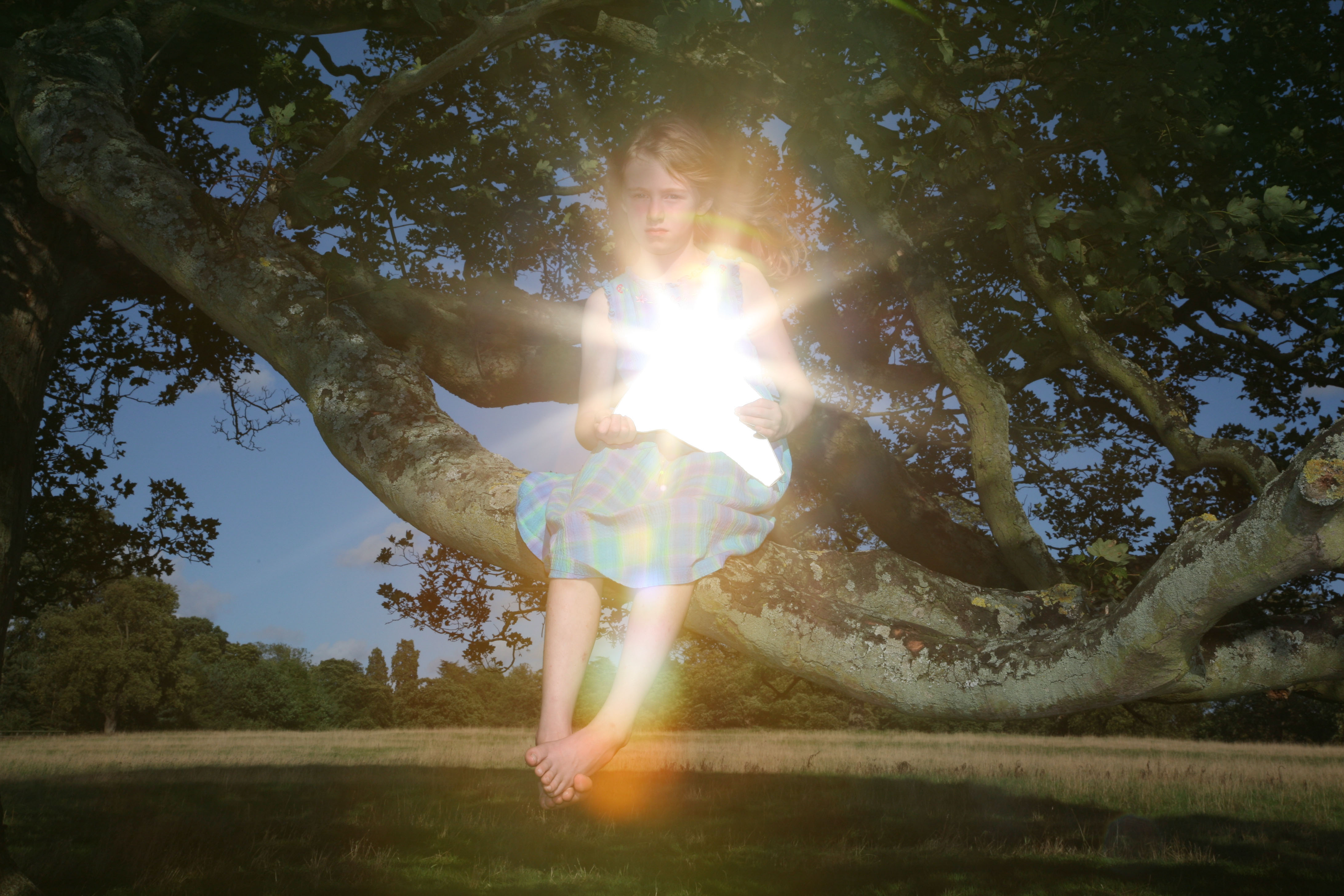 A profoundly thought-provoking 35mm film installation, Adrian Paci’s Per Speculum draws upon cinema and myth to reflect upon narratives of exile, flight and resistance. In the opening scenes, a group of children are presented in an idyllic landscape setting, the reality of which is suddenly shattered and fractured, destabilising our perception and perspective.

The second half of the film sees the community of child actors congregate in a majestic tree. With the impenetrable wisdom and insouciance of youth, they reflect the sun’s rays back towards the camera, blinding us in the process. As flashes of light rhyme with the clapping of the projector, the strobing, flickering effect is definitional of cinema, whilst evoking universal themes found in classical art through complex visual phenomena and allegory.

Originally a painter, Adrian Paci works in film, photography, sculpture and installation. Having fled his homeland Albania in 1997 during the civil war, his practice regularly explores the experience of exile and immigration. Paci addresses themes such as mobility, displacement, globalisation and cultural identity as a way to explore how personal histories are defined by social and political circumstances. His works are both private and universal, and present a complex synthesis of autobiography and collective narrative, documentation and dramatisation, fiction and reality.