Richard Bell is a member of the Kamilaroi, Kooma, Jiman and Gurang Gurang communities. He was born in 1953 in Charleville, Queensland, and lives and works in Brisbane. Lessons on Etiquette and Manners is the artist’s first in-depth presentation in Melbourne.

Working with humour and agit-prop activism, Bell’s writings, paintings and videos instruct his audience on the assumptions and false histories surrounding race politics in Australia.

Bell turns the practice of appropriation back on Western art, miming the pop art styles of Roy Lichtenstein and Jasper Johns, and the paint drips of Jackson Pollock. Overlaid with texts that challenge the status quo, his paintings interrogate common ideas about Aboriginal and non-Aboriginal Australians’ relationships to each other, to their country’s history and to art itself.

Bell’s practice extends to his public persona, infamous for the incendiary slogans of his T-shirts and his provocative appearances on panel discussions, and at major art events around the country. Bell presents here a new installation, based on the original Aboriginal Tent Embassy in Canberra in 1972, in which he has invited radical political leaders to speak over the course of the exhibition. 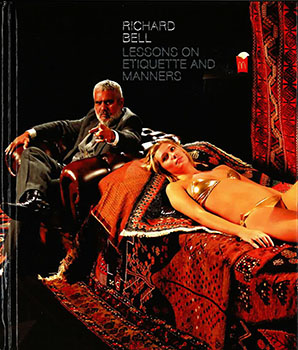