A key figure in Australian art since the mid-1980s, Linda Marrinon has developed an idiosyncratic language of painting and drawing steeped in postmodernist irony and feminist wit. Over the last decade, Marrinon has concentrated her attention on a significant body of entrancing and enigmatic figurative sculptures, forty-eight of which are brought together from public and private collections around Australia at the Monash University Museum of Art for Linda Marrinon: Figure Sculpture 2005-2015.

Like many of her peers who established their reputations in the 1980s, Marrinon draws her references from both ‘high' and ‘low' culture, presenting a series of archetypes, intermingling soldiers, maids, matrons, ingénues, twins, travellers, intellectuals, performers, peasants and the privileged with a handful of identities ranging from Voltaire to Field Marshal Montgomery to Dame Joan Sutherland to MC Hammer. Marrinon casually pulls these subjects from a floating archive of objects, people, places and histories.

The texture of Marrinon's artworks, laden with traces of the artist's hand and sculpture tools, is reminiscent of the sculptures of Edgar Degas or Auguste Rodin, while their subjects evoke the mannerisms of the Regency, Victorian or Edwardian periods. Marrinon redeploys nineteenth-century studio practices, and the historical association of plaster casts with the serious study of classical antiquities, in her own whimsical subversion of the genre. Like characters from archaic forms of popular theatre, her figures are equipped with stage properties or articles of clothing by which they can be identified, sometimes simply by high-waisted pants or long sleeves, or more obscurely with a postiche or a shillelagh. The figures are dressed up but perhaps not for the music hall stage; Marrinon reinterprets the ideas, contemporaneous with Impressionism, of the new visibility of urban life and the flâneur into a contemporary sea of selfies and self-performance with which her audience is familiar.

Born in 1959, Linda Marrinon lives and works in Melbourne. Marrinon studied painting and sculpture at the Victorian College of the Arts from 1979 to 1982, and held her first solo exhibition in 1983 at the George Paton Gallery, University of Melbourne. Her first commercial gallery showing was in 1986, at Tolarno Galleries, Melbourne. She showed the following year at Roslyn Oxley9 Gallery, Sydney, where she continues to exhibit regularly. Two major survey exhibitions of her work have been presented at the Institute of Modern Art, Brisbane, in 1987, and the Ian Potter Museum of Art, University of Melbourne, in 2001.

Already established as a painter, over the course of the 1990s Marrinon began to make diminutive terracotta sculptures of landmark buildings, figures and squat busts incised with cartoon-like simplifications. She was awarded Australia Council residencies at the Cité International des Arts, Paris in 1991 and Greene Street Studio, New York in 1997. She then undertook her Master of Fine Art (Sculpture) at the Victorian College of the Arts in 1999. Marrinon received the Anne & Gordon Samstag International Visual Arts Scholarship in 2001, which enabled her to attend the New York Academy of Art, where she was introduced to traditional techniques of figurative sculpture and gained a greater technical understanding of human anatomy. Dr Chris McAuliffe's monograph on her work, Linda Marrinon: Let Her Try, was published by Craftsman House in 2007. 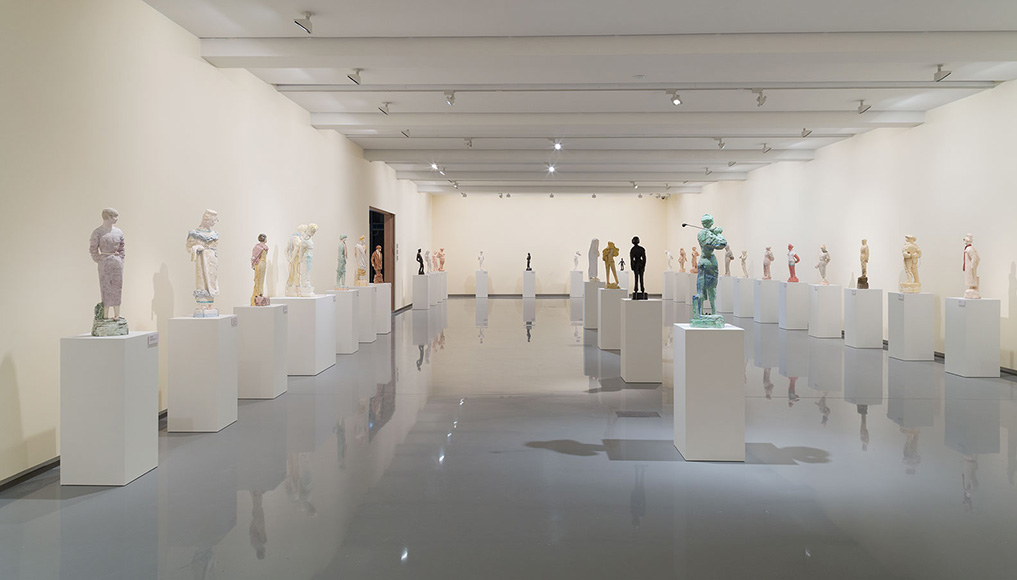 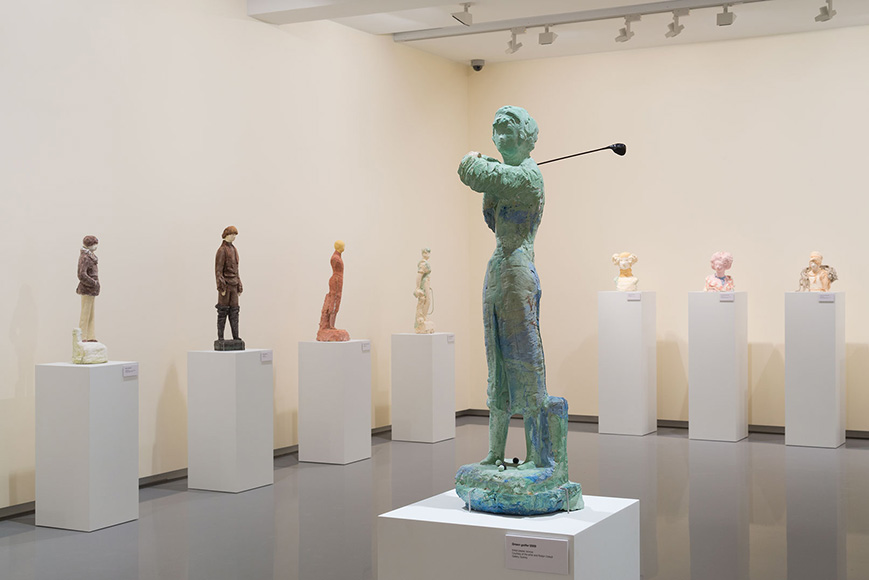 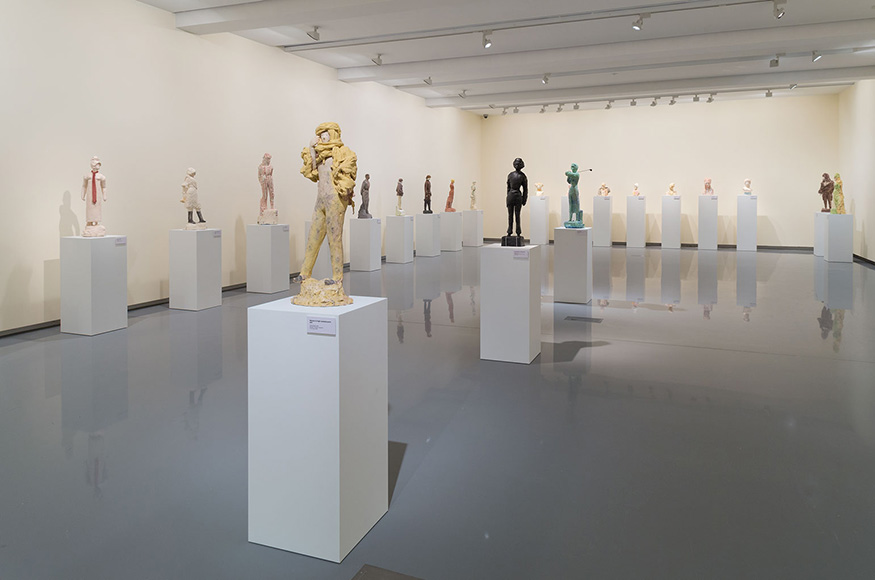 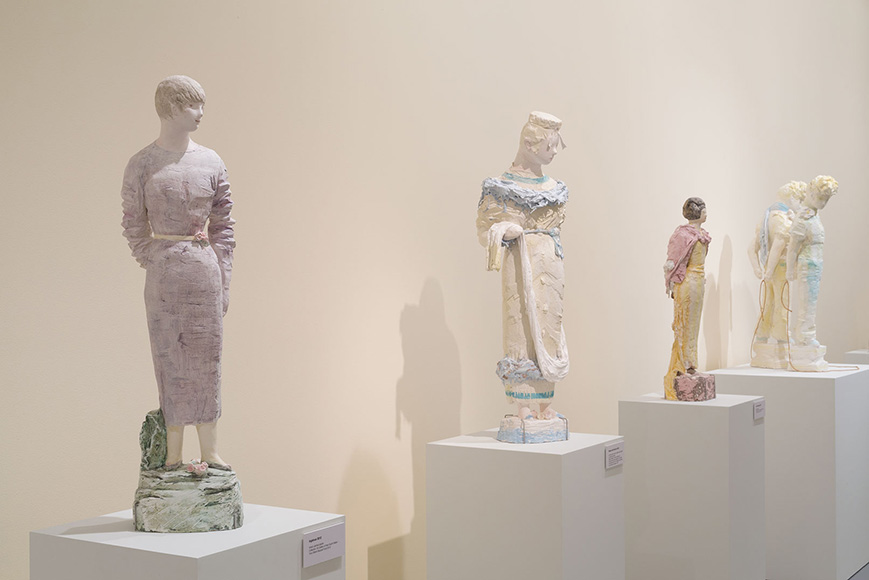 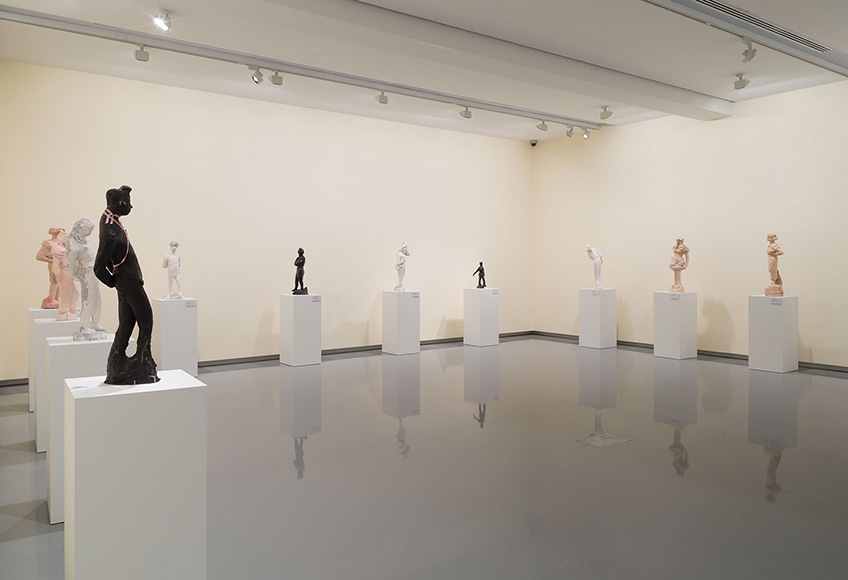 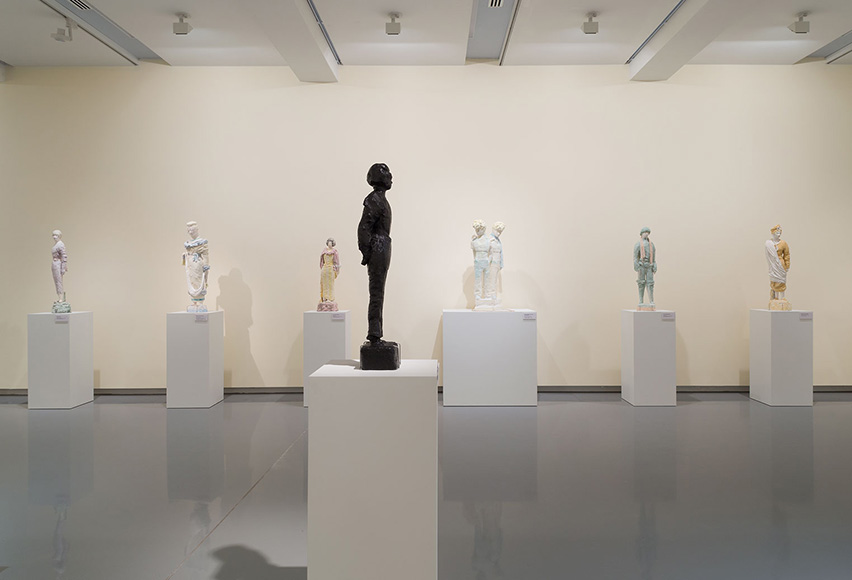