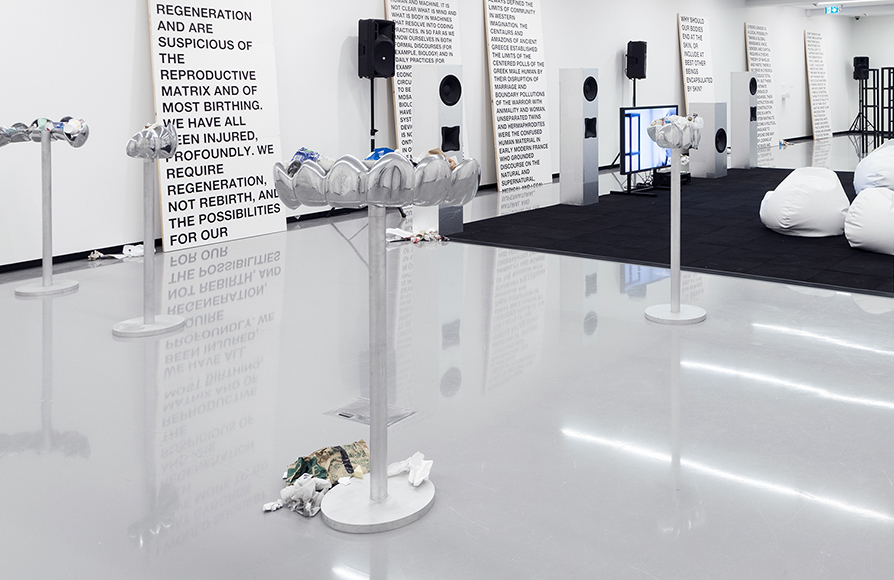 French artist Lili Reynaud-Dewar’s most recent project TEETH, GUMS, MACHINES, FUTURE, SOCIETY comprises a film and expanded installation of sculptural objects and text-based works. The project revolves around two interconnected cultural icons: ‘grills’ or teeth jewellery made of precious metals that are a status symbol in the rap and hip hop scenes; and Donna Haraway’s futurist essay, A Cyborg Manifesto (1985).

In this Australian première of her work, Reynaud-Dewar boldly ties these seemingly disparate elements together by appropriating grills as a ‘cybernetic’ prosthesis and means of social emancipation which she connects to Haraway’s essay and its focus on the cyborg as a way beyond the binary mindset of dichotomies such as nature/culture, man/woman, right/wrong, truth/illusion and self/other, envisioning a future without discrimination. 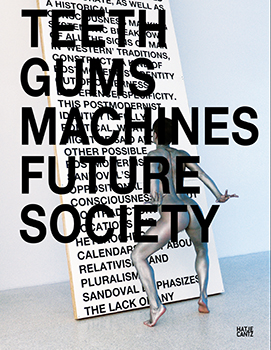 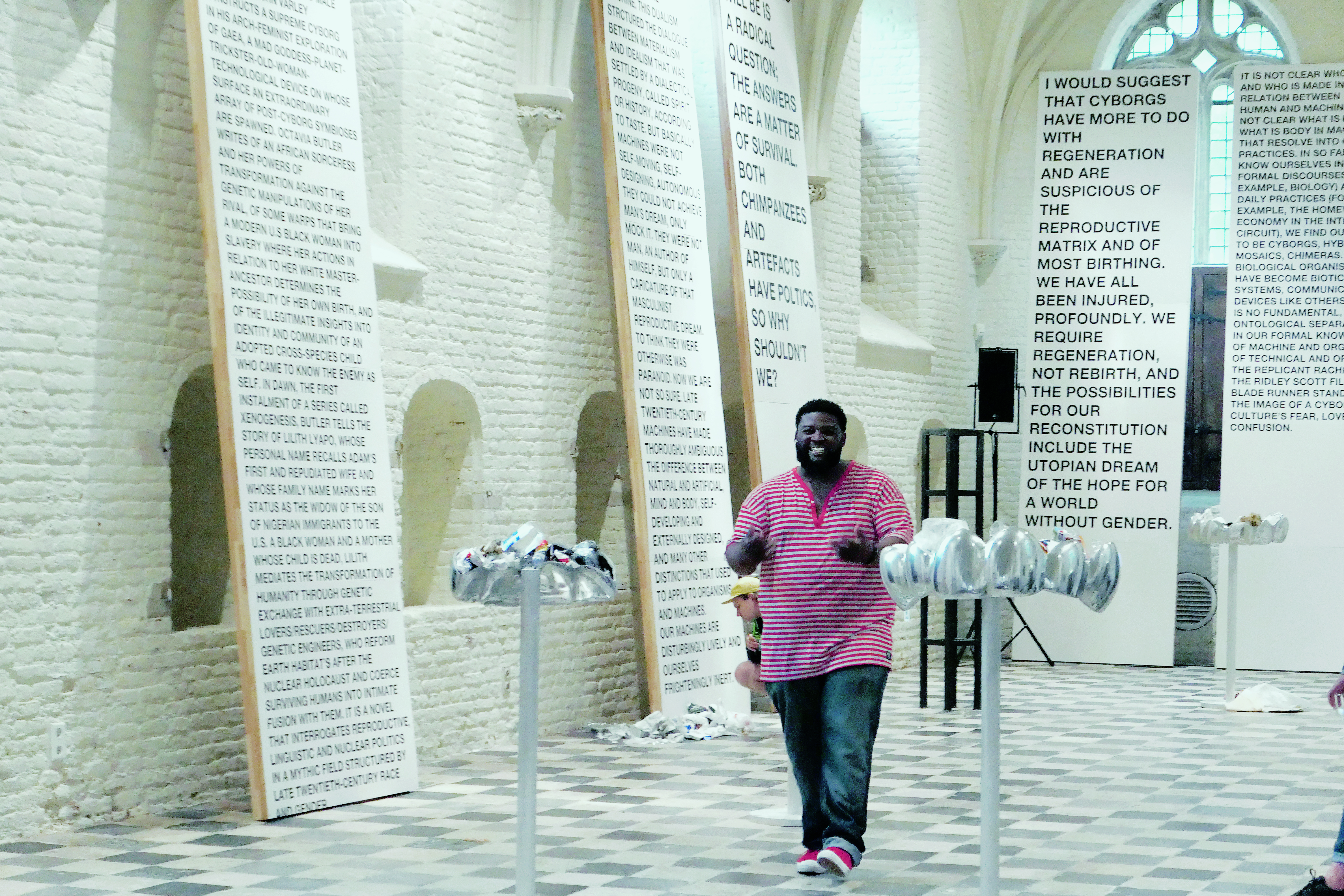 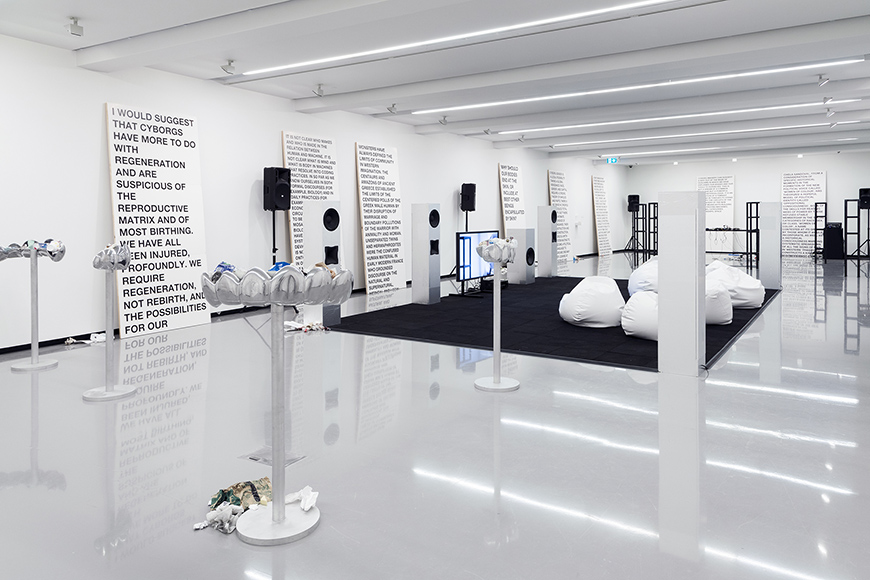 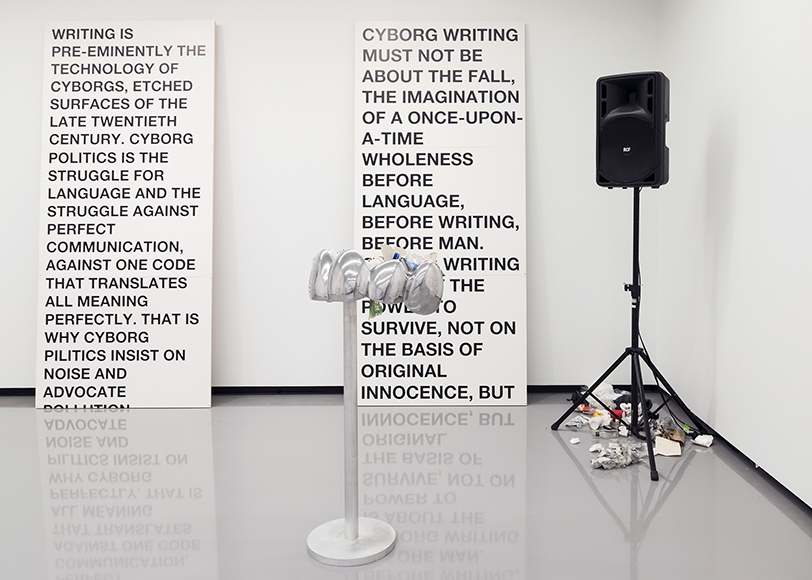 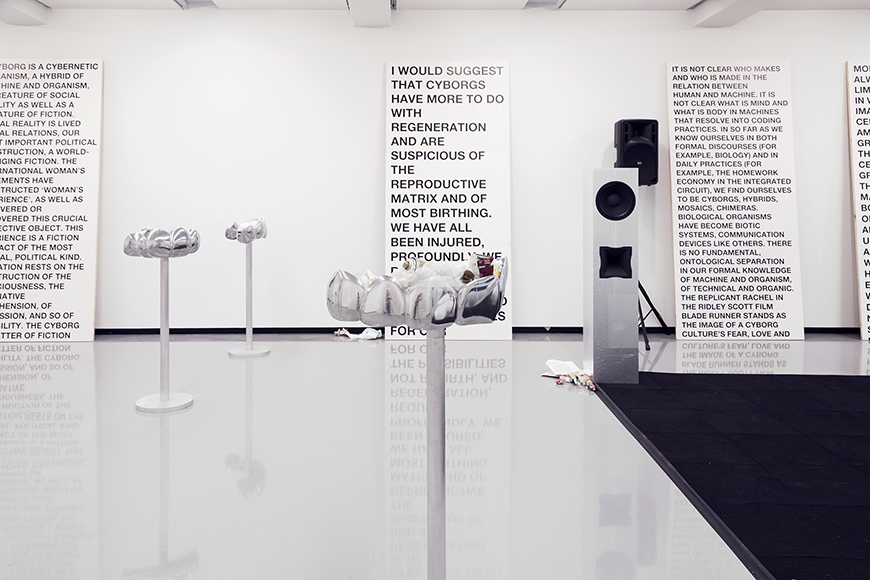 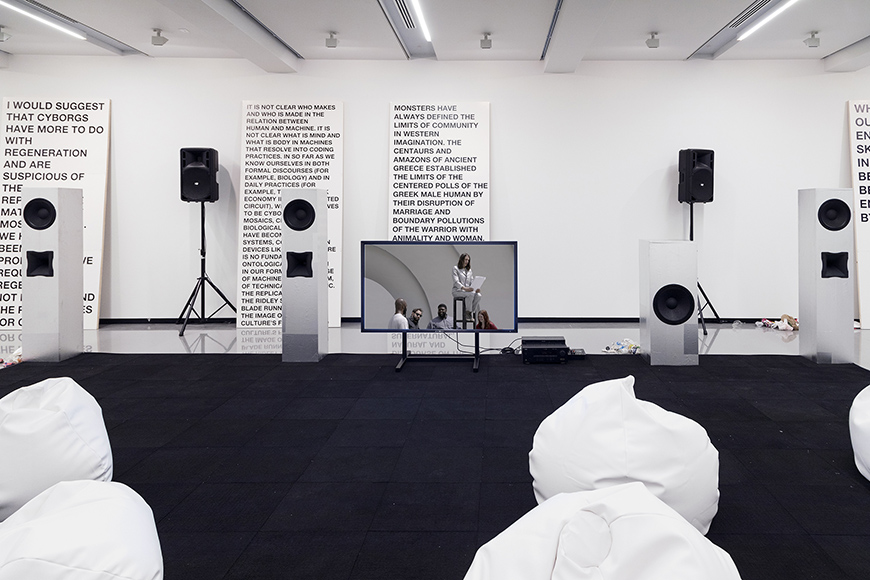 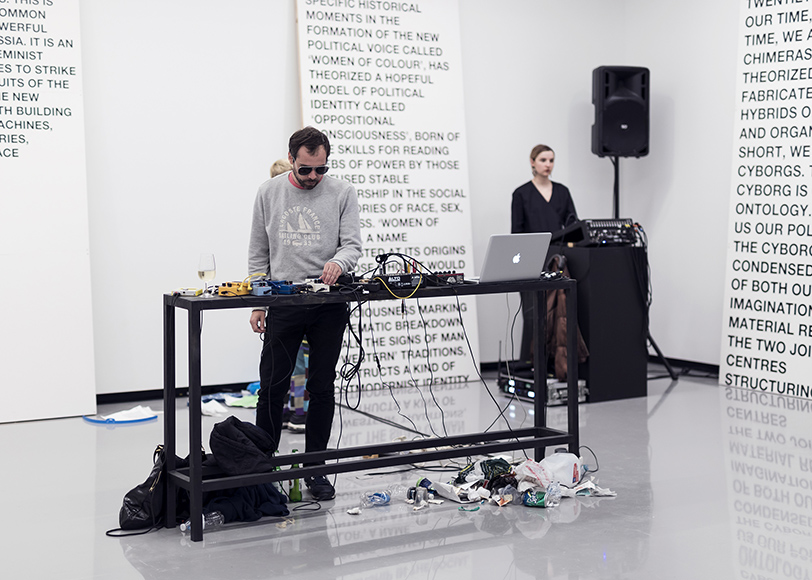 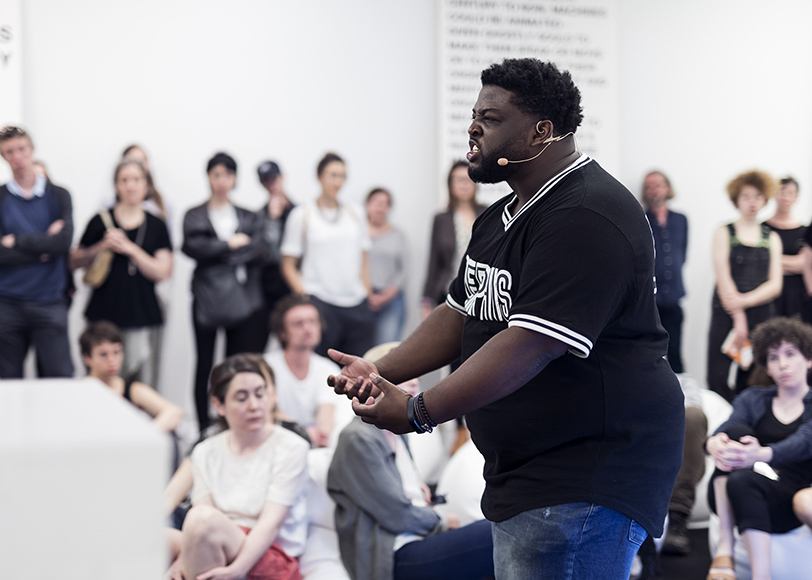 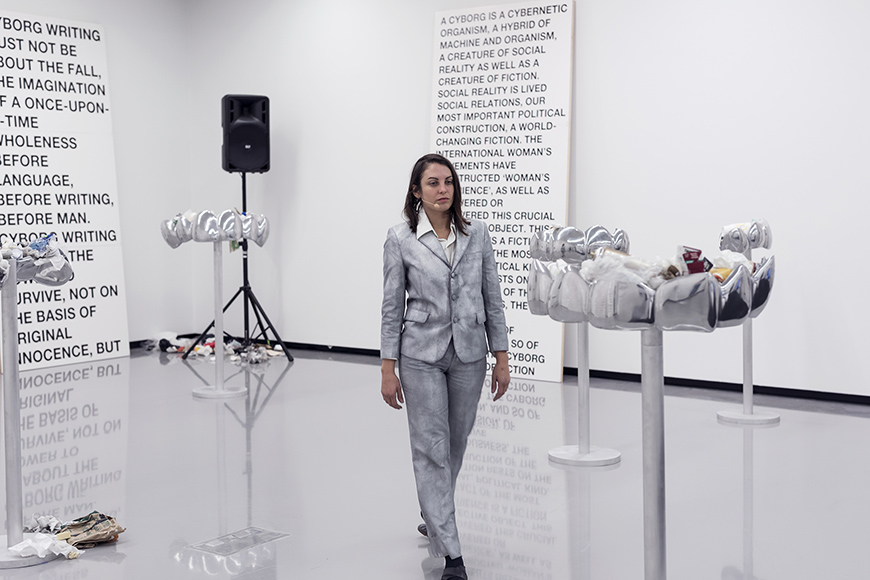 TEETH, GUMS, MACHINES, FUTURE, SOCIETY was originally commissioned by the Kunstverein in Hamburg, Museion in Bolzano, and de Vleeshal in Middelburg.