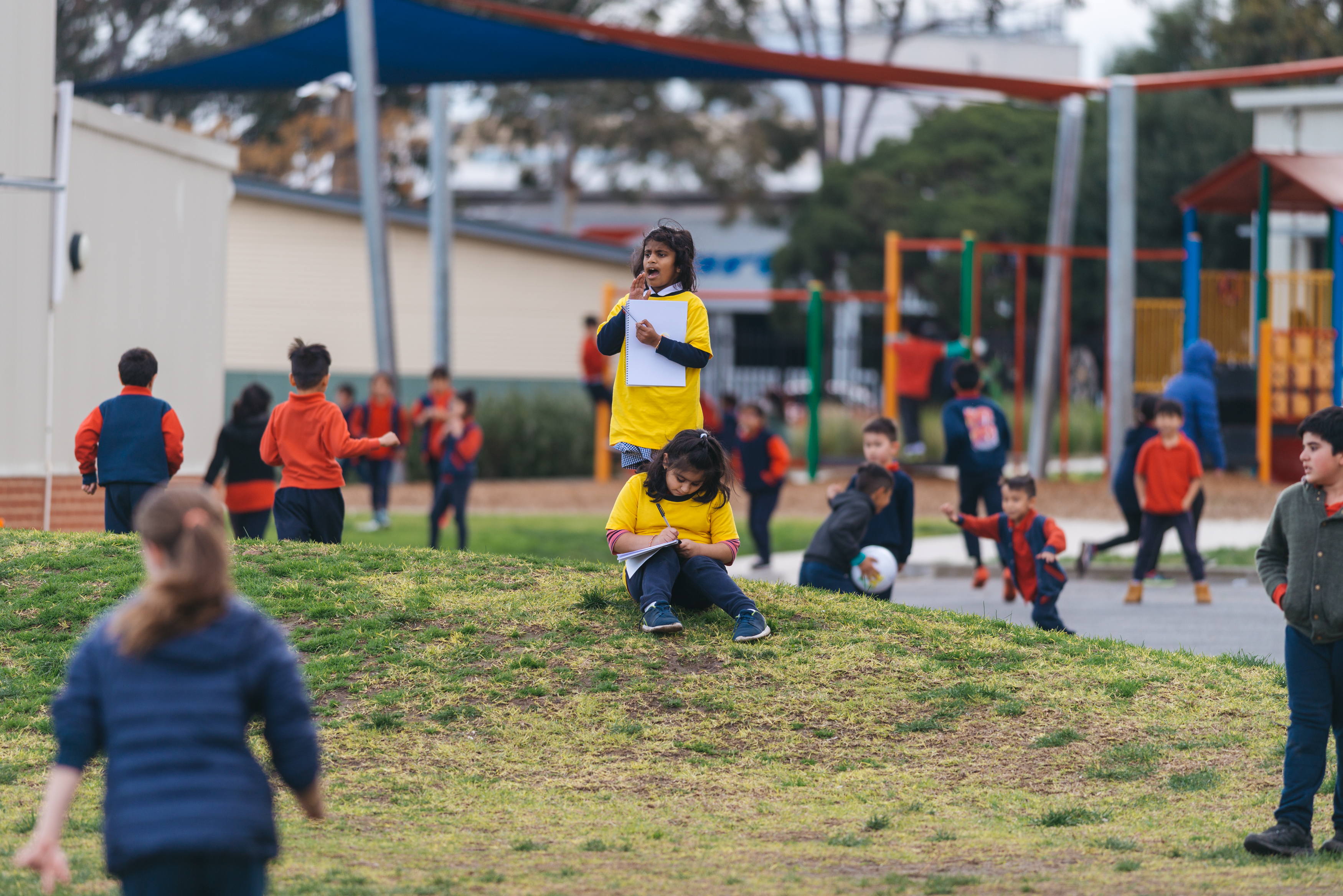 As part of Kym Maxwell's Objects of Longing, a multi-disciplinary project made with students at Dandenong Primary School during 2018, Objects are a Limbic System Embrace the Logic was presented in MUMA’s Ian Potter Sculpture Court in February 2019.

This live theatre work was developed by Maxwell, students and staff in collaboration with artists Daniel Jenatsch (sound), Georgina Criddle (writer) and Rebecca Jensen (choreographer). It drew on the students’ research and ideas about collecting and the role of collecting during play and captures their imagination and creativity in a delicate and magical configuration of dialogue, movement, costumes and props.

Objects are a Limbic System Embrace the Logic was first performed for family and friends at Dandenong Primary School in late 2018.

Maxwell’s work often links art institutions with communities in unexpected ways. She has worked as an Artist in Residence at Charles La Trobe College and Sophia Mundi Steiner School. She has also produced workshops with and for children at Melbourne Biennial Lab, Heide Museum of Modern Art, Counihan Gallery and Banyule City Council. During 2015 she collaborated with Joel Stern and Gerard Van Dyke from Liquid Architecture and KAGE to produce A Wharfie’s Story, a fifty-minute outdoor play with the Collingwood College Theatre Troupe. These programs were supported by the City of Yarra and City of Melbourne.

Kym Maxwell is also a teacher with extensive experience working in Victorian primary schools. Prior to working in Australia, Kym was an ESL teacher in Taiwan and Japan, where she developed an early years curriculum for a Reggio Emilia–inspired International School in Tokyo.