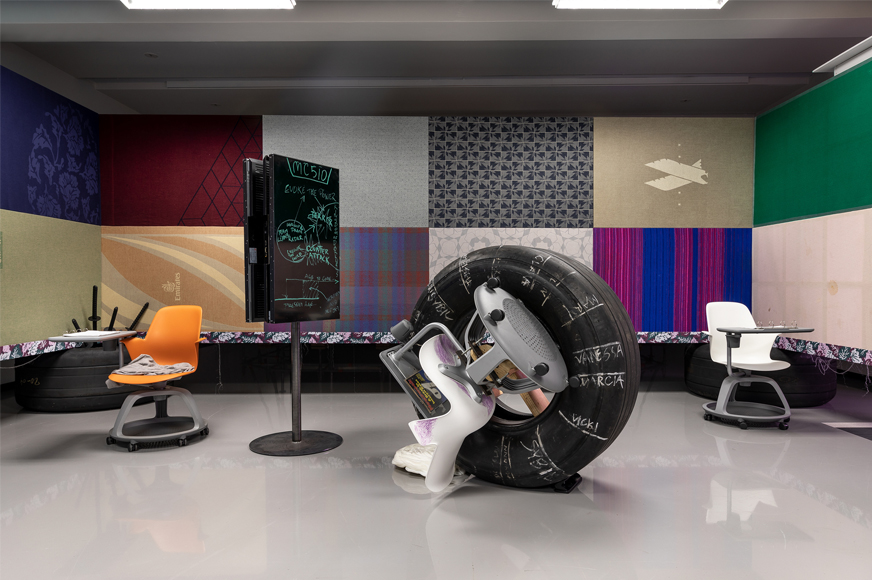 Presented together with Discipline, a finissage event for Michael Stevenson: Serene velocity in practice: MC510/CS183 comprised a lecture by writer and art historian Anna Parlane and a screening of the animated science-fiction film A Scanner Darkly (directed by Richard Linklater, 2006, USA).

In her talk ‘Shaping Young Minds: On Religion, Pedagogy and the Art of Michael Stevenson’, Anna Parlane situated Stevenson’s Serene Velocity in Practice in the context of his broader practice, drawing out links between the major installation and lesser-known works he produced in New Zealand early in his career. Focusing on Stevenson’s interest in both religious thinking and pedagogy, she demonstrated that the question of how ideas take effect in the world has always been central to his work.

A Scanner Darkly is a 2006 American animated science-fiction film directed by Richard Linklater. Based on the novel of the same name by Philip K. Dick, it tells the story of identity and deception in a near-future dystopia under constant and intrusive high-tech police surveillance in the midst of a drug epidemic. Linklater’s neo-noir thriller involves an undercover cop (Keanu Reeves) assigned to root out the junkies and dealers of Substance D, only to form his own addiction to the mind-warping drug.