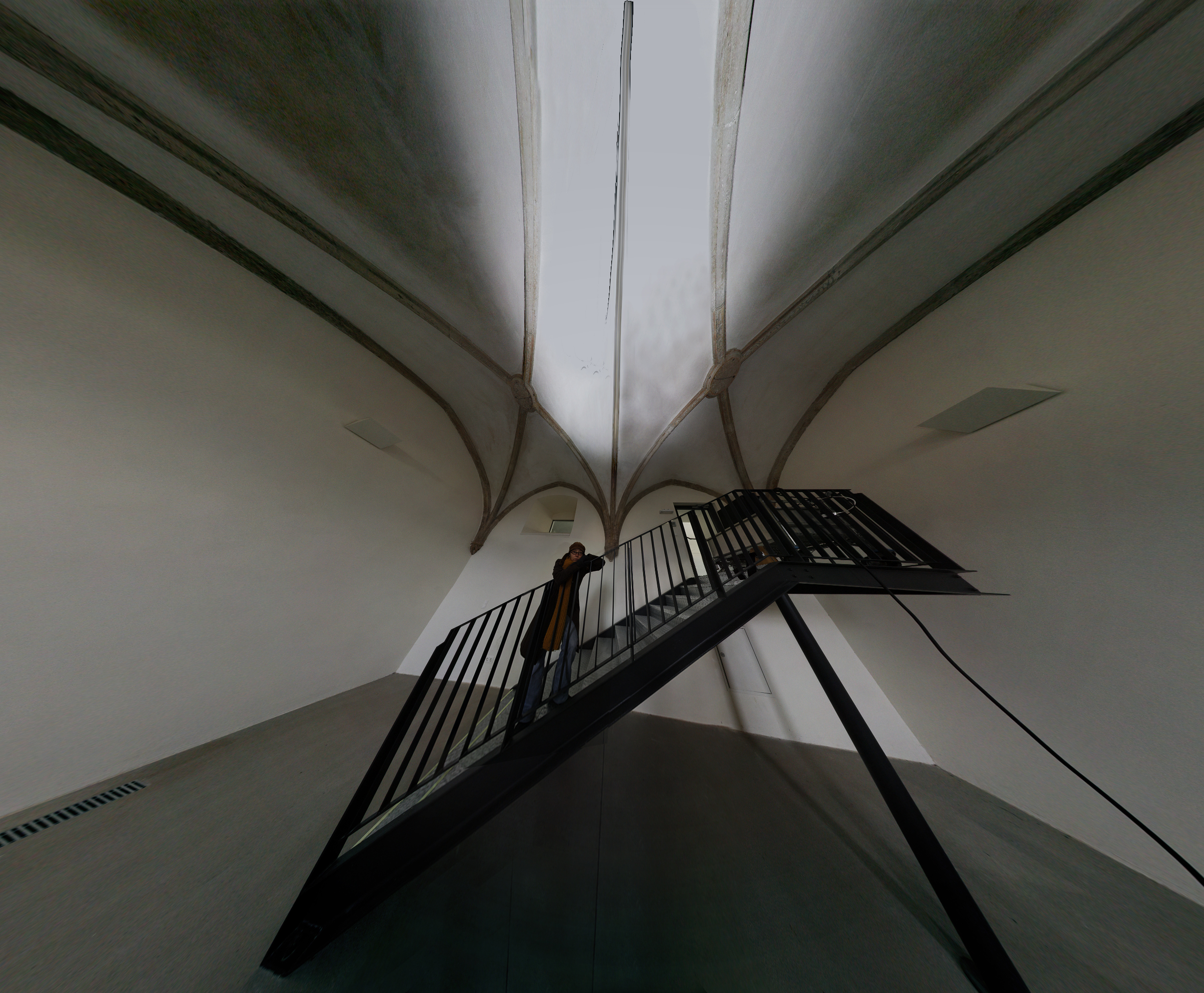 Inspired by quantum entanglement, I have attempted to discover the relationship between sound and observing sound.

France Jobin is a sound/installation artist, composer and curator residing in Montreal, Canada. Her audio art can be qualified as ‘sound-sculpture’, revealing a minimalist approach to complex sound environments where analogue and digital intersect. Her installations express a parallel path, incorporating both musical and visual elements inspired by the architecture of physical spaces. Her works can be ‘experienced’ in a variety of unconventional spaces and new technology festivals across Canada, the United States, South America, South Africa, Europe and Japan.

Austrian-born artist Heinz Riegler creates an evolving sound space that folds into itself, building on his Score for Uncertainty work that was debuted at Gallery 5020, Salzburg, in 2017. Part performance, part installation, this piece evolves in unexpected ways, pulling both the listener and the performer through the space.

Heinz Riegler is a musician, artist and curator working between Australia and Europe. Working with an interdisciplinary focus, he operates at the intersection of sound art, installation and performance. Since 1989, Riegler has been releasing musical works with a variety of imprints, such as Room40 and Warner Records, and has played concerts in Australia, Europe, Japan, the UK and USA. In a curatorial capacity, Riegler co-produced a season of performances at the Gallery of Modern Art Cinémathèque, Brisbane, and is the co-founder and Artistic Director of the minus20degree Winter Biennale in Flachau, Austria. Riegler is an ARIA Award winner and was twice nominated for the Grant McLennan Memorial Fellowship.

This event was supported by the Canada Council for the Arts.

Sound Spaces is a performance series of experimental and improvised music that embraces the overlap between visual art and sound art. Adjacent to MUMA’s exhibition program, series events are in occasional direct dialogue with particular exhibition projects.