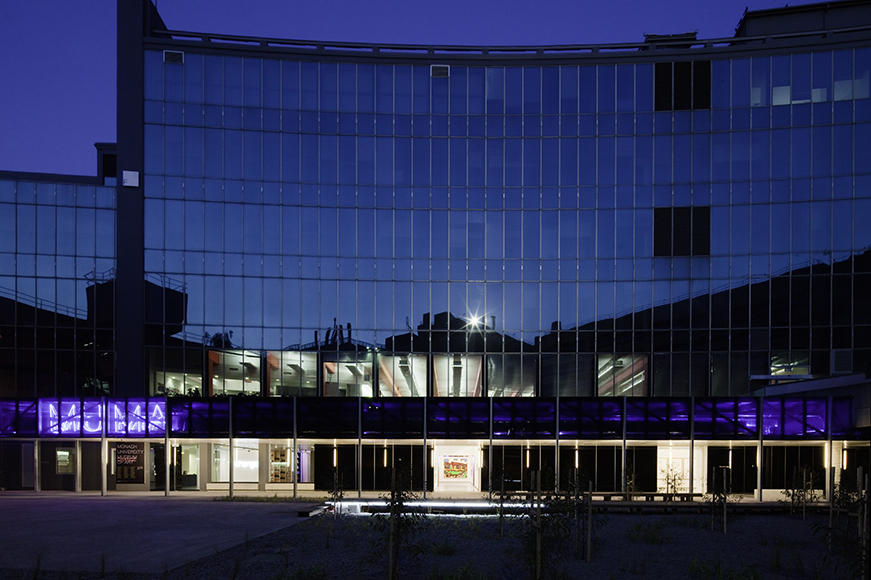 Monash University Museum of Art (MUMA) is the product of several early initiatives in Monash’s own story. When the inaugural Vice Chancellor Louis Matheson established a fund for the purchase of artworks by living Australian artists at the time of the foundation of the University in 1961, he and colleagues were making a conscious effort to reimagine the modern Australian university. Then as today, the Monash University Collection was exhibited across the campus to enrich the cultural life of the institution for students, staff and visitors, a decision contemporaneous with the University’s ongoing policy of planting only native flora on campus.[1]

The University’s first curatorial appointments in the late 1960s were John Waterhouse and Patrick McCaughey, the latter a teaching fellow at Monash and art critic at The Age. In 1975, McCaughey established both the Monash University Gallery—an exhibition space on the seventh floor of the Menzies Building—and an artist-in-residence program.[2] Grazia Gunn was appointed in 1975 as the University’s first full-time collection curator. The Gallery moved to a new location in the University’s Multi-Discipline Centre in 1987, soon known as the Gallery Building, where it remained until 2010. In 2002, under the directorship of Jenepher Duncan, the Gallery became known as Monash University Museum of Art.

With its relocation to Monash’s Caulfield campus in 2010, initiated by Director Max Delany and involving the remodelling of an existing modernist building,[3] MUMA moved closer to the city and Monash’s Art, Design and Architecture faculty. Competition winners Kerstin Thompson Architects’ redevelopment received two major Victorian Architecture awards in 2011,[4] acknowledging the success of the interior transformation. The flexible design of the gallery, with its series of threshold spaces, allows for an expanded program of exhibitions, education programs and events. The Helen Macpherson Smith Education Space, Ian Potter Sculpture Court and sculptural commission Silverscreen, 2010, by Callum Morton continue to signal the importance Monash places on public art and engagement.

Today, MUMA is a critically influential centre of ideas and education for the community, and a proponent of innovative art-led models of interdisciplinary teaching, learning and research across the University. In addition to producing thematic survey exhibitions, significant solo projects and publications, MUMA commissions temporary public artworks for the Ian Potter Sculpture Court and permanent public art projects across Monash’s campuses. The recent Weelam Ngalut (Our Place), 2019, by Quandamooka artist Megan Cope, is a site-specific installation designed to welcome students and visitors onto Kulin Country, and one of numerous artworks in the Monash University Collection that bring inspiration into the public realm.

[1] Both the collecting and planting policies were proposed by then Foundation Professor of Zoology and Comparative Physiology, Jock Marshall.