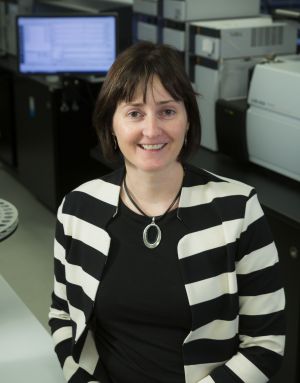 Michelle was awarded her PhD (Pharmaceutics) in 2000 from Monash University, then undertook a post-doctoral fellowship in The Center for Drug Delivery Research at the University of Kansas. In 2006 she returned to the Monash Institute of Pharmaceutical Sciences (MIPS) where her research has focused on drug development including preclinical pharmacokinetic studies, novel drug delivery systems and the assessment of drug stability and efficacy. Michelle heads several major research programs including the development of inhaled oxytocin. Most recently she heads a research project to develop a formulation of medicinal cannabis suitable for paediatric patients suffering from intractable epilepsy.

In 2011 Michelle’s oxytocin research was recognised by the US Secretary of State, Hilary Clinton, as having the potential to be transformational in the field of maternal healthcare. In 2013 Michelle’s work won The Australian Innovation Challenge Award and in early 2014 she presented her work on inhaled oxytocin at the United Nations General Assembly meeting in New York. In 2014 Michelle was acknowledged at the highest level a University when she was awarded the Vice-Chancellor’s award for Excellence in Research Impact (Economic and Social Impact) and in 2017 she was awarded the National Foundation for Medical Research Innovation John Dixon Hughes Medal.

Michelle became a Professor at MIPS in 2019 and since 2016 has been the Course Director for the Bachelor of Pharmaceutical Sciences at Monash University. She is also the founding Director of both the Medicines Manufacturing Innovation Centre (MMIC) and the HMSTrust Laboratory. 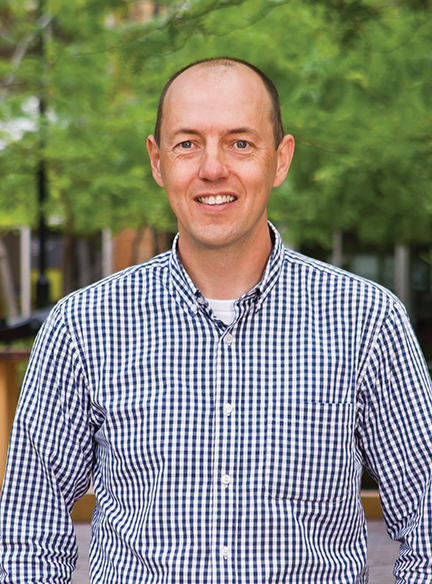 Pete is a UK registered pharmacist having been awarded his BSc (Hons) from Liverpool School of Pharmacy in 1990. He started his industrial career with Ciba Pharmaceuticals (now Novartis) as an inhalation scientist working on the formulation and process development of the Foradil® (formoterol) Dry Powder Inhaler. Continuing his work in respiratory delivery, Pete moved to Astra AB (now AstraZeneca) as part of the development team reformulating metered dose inhalers with non-CFC propellants. Subsequently, Pete joined Britannia Pharmaceuticals, initially as a project manager developing a novel dry powder platform technology for nasal delivery, progressing to the role of Director of Development with responsibility for a broad development portfolio. Following the takeover of Britannia, he volunteered in South Africa leading medical assistance projects in HIV/AIDS-affected communities in Kwa-Zulu Natal before moving to Australia in 2010. Since his arrival Pete has worked as the Director of Development at Medicines Development (an industry consultancy) before joining the oxytocin project team in June 2012. 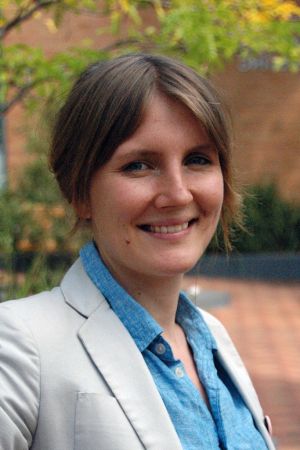 Victoria (Tori) Oliver completed her PhD at Monash in 2011 in the field of pharmaceutical biology. She joined the oxytocin team in July 2012, contributing to a diverse range of program activities to support product development, including analysis of pharmacokinetic and pharmacodynamics data from preclinical studies and projection modelling to determine anticipated impact of the product in resource-poor settings. Tori currently co-ordinates research programs aimed at providing valuable information to support development of product implementation strategies. This has included a multi-country stakeholder engagement and landscape analysis study designed to understand key factors that will be crucial for the successful development and implementation of the inhaled oxytocin product. Tori is currently supporting introduction planning by assessing and identifying potential first launch countries for the product and overseeing the development of a comprehensive investment case for the product, which includes an analysis of the potential health, social and economic benefits that could be delivered by the product in-country.

Tri-Hung was awarded a Bachelor of Formulation Science (Hons) in 2004 and completed his PhD in Pharmaceutical Science at Monash University in 2009. Tri-Hung's thesis explored the use of lipid-based liquid crystals as sustained delivery systems for drugs exhibiting poor aqueous solubility where his work has led to awards from the Controlled Release Society and the Australasian Association of Pharmaceutical Scientists and resulted in numerous publications. In assessing the performance of these systems during his postgraduate studies Tri-Hung gained extensive experience in formulation, bioanalytical techniques and conducting in vivo studies. Since commencing his postdoctoral fellowship at the Monash Institute of Pharmaceutical Science has been able to apply his expertise in assessing the PK/PD of drugs administered via different routes and across a range of in vivo models. As the in vivo study coordinator on the oxytocin team Tri-Hung is currently involved in the pre-clinical PK/PD assessment of oxytocin powder formulations in an ovine model and has seen first-hand the potential for inhaled oxytocin to be used to improve maternal health in the developing world. 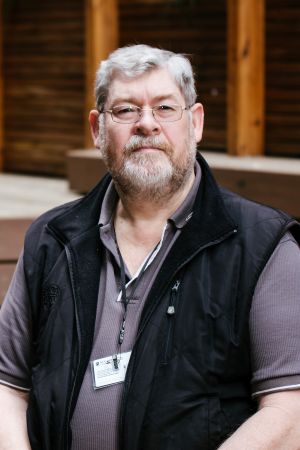 Richard was awarded the degrees of BPharm (1974), MPharm (Distinction) (1977) and PhD (Pharmaceutical Chemistry) (1985) at Otago University, Dunedin, New Zealand. His PhD research, supervised by Dr Rob McKeown, studied the importance of physicochemical properties to the biological properties of pharmacologically active substances. Richard then undertook a post-doctoral fellowship in the Department of Pharmaceutical Chemistry, University of Kansas, under the guidance of Prof Val Stella, where he gained experience in the development of parenteral formulations of poorly stable and poorly water soluble cytotoxic drugs, as well as doing prodrug studies. During his time at the University of Kansas, funded by a contract with the National Cancer Institute (NCI), he continued the development of broad expertise in physicochemical measurement, spectroscopic and bioanalytical techniques, as well as beginning studies in molecular modelling. He contributed to the reporting structure of the NCI contract which resulted in renewal of that contract. Richard then served in faculty appointments at the College of Pharmacy, University of Florida (1987-1992) and in the Department of Pharmacy, University of Queensland (1992-2000). In these appointments, further development of these quantitative techniques resulted. At the end of 2000, Richard was recruited to the then Victorian College of Pharmacy (now Monash Institute of Pharmaceutical Sciences), Monash University, to continue teaching and research activity in physicochemical, thermodynamic and formulation science studies. In 2007, Richard completed publication of a large critical compilation of drug acid-base properties, the first of its kind.

Carl received his PhD from the University of Otago (New Zealand) in the area of aminoglycoside pharmacokinetics/pharmacodynamics. Prior to being awarded his PhD, Carl worked as a clinical pharmacist in the area of intensive care and clinical pharmacology. Carl's research interests include: population pharmacokinetic and pharmacodynamic modelling, dosing monitoring and Bayesian optimisation (antimicrobials, chemotherapeutic agents and anticoagulants), optimisation of dosing in renal dysfunction, pharmacokinetics and dosing in obesity, drugs in breast milk, and the quality use of medicines. The goal of Carl's research is to optimise pharmacotherapy which should lead to improved patient outcomes. Carl is actively involved with a number of professional societies, including leading roles within the Australasian Society of Clinical and Experimental Pharmacologists and Toxicologists (ASCEPT) and the Population Approach Group Australia and New Zealand (PAGANZ). He also sits on the Pharmaceutical Subcommittee of the Advisory Committee on Prescription medicines which makes recommendations to on the pharmaceutical chemistry, quality control, bioavailability and pharmacokinetics of prescription medicines proposed for registration in Australia.

Rob obtained his PhD at The University of Melbourne in 1994. He then undertook post-doctoral studies in the Department of Anatomy and Cell Biology (Melbourne) and at the Centre for Inflammation Research at The Royal Melbourne Hospital, where he developed an interest in the role of cytokines in inflammatory diseases. In 1998, Rob obtained NH&MRC support to investigate the inflammatory mechanisms of allergic disease and developed a novel large animal model of experimental allergic asthma. He was involved in and directed a number of commercially funded projects, and in 2004 was awarded an NH&MRC Industry Fellowship to develop novel approaches for the treatment of allergic asthma. In 2006 he relocated to Monash University and currently heads the Allergy and Asthma group. A major focus for the Allergy and Asthma group includes developing a better understanding of the pathophysiology of airway disease, and in the application of large animal models for pulmonary delivery studies. 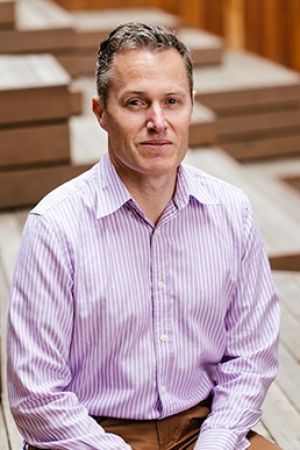 Phil was awarded his PhD in Physical Chemistry from the University of Tasmania in 1993. He completed a post-doctoral fellowship at CSIRO Forestry and Forest Products, Clayton, focusing on analytical techniques for characterising wood and plant polysaccharides.  It was this work that sparked Phil's interest in analytical chemistry as a tool for helping understand and solve real world problems. Phil joined Johnson and Johnson in 1996 where he supervised a team of chemists working on product release methods, process validation and in-line measurement of process streams.  In 2001 Phil moved to Starpharma, eventually becoming Analytical Services Manager and helping establish a GLP laboratory for the in-house analysis of clinical trial samples and characterisation of Starpharma's dendrimer portfolio. In 2009 Phil joined Biota where he developed high throughput LC/MS methods as part of a team working on treatment of Hepatitis C.  More recently he served as Analytical Project Manager on a $231m US Government program to develop a long acting inhaled product for influenza, Laninamivir. Phil is currently the Manager of the HMSTrust Analytical Laboratory at Monash Institute of Pharmaceutical Sciences. 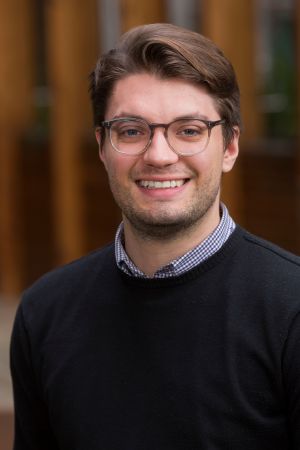 Andrew was awarded a Bachelor of Pharmaceutical Science (Hons) from Monash University in 2017. From 2016 to 2018 Andrew worked within the Monash-GSK Centre of Innovation (COI), HMSTrust Laboratory and, the Medicines Manufacturing Innovation Centre (MMIC) respectively, fulfilling various roles around analytical testing and powder formulation development. Throughout this time, he catered to the analytical and spray drying needs of the Inhaled Oxytocin Project (IOP) before transitioning to a PhD project supervised by Prof. Michelle McIntosh and Dr. Tori Oliver. Andrew’s PhD studies focus on the development of a sustainable inhaled drug product for global health applications.

David gained his BSc and PhD in chemistry from Bristol University.  From 1990, he started working in the UK nuclear safety industry initially studying aerosol generation, transport and leakage behaviour in the context of nuclear accidents.  He then re-applied this aerosol knowledge into developing new techniques for generating aerosol-based micro- and nano-particles for use in advanced materials applications. In 1997, David joined the Centre for Drug Formulation Studies at the University of Bath to manage their industry-funded inhaler product development programmes, which resulted in several products now commercially marketed. In 1999, this group became the drug delivery company Vectura Group plc, where David was Head of Pulmonary Research, and was responsible for developing Vectura's inhalation technology platforms. In 2007, David left the UK to take up a position at Monash University, with specific research interests in particle formulation engineering, drug delivery and particle surface modification. Most recently, he has led the creation of a partnership with GlaxoSmithKline: a $3.3m Centre of Pharmaceutical Innovation and Industrialisation, which is seen as unique and a model for future industry-research institute collaborations.

Jibriil Ibrahim completed a BSc at Monash University in 2010, studying Physiology and Developmental Biology, before joining the Oxytocin group as a Masters student in 2011. In 2012 he transitioned into a PhD, focusing on pulmonary drug delivery and its impact on respiratory function under the supervision of Dr Michelle McIntosh and Dr Rob Bischof.

Gemma Nassta completed the Bachelor of Pharmaceutical Science in 2009 at Monash University, Melbourne, Australia before beginning her Honours degree in 2010 where her research work on oxytocin begun through investigating aerosolisation properties of dry powder formulations. Her research on oxytocin continues as Gemma began a PhD in 2011, which focuses on understanding the degradation behaviours of this nonapeptide in the solid-state and therefore on developing a stable dry powder formulation of oxytocin .