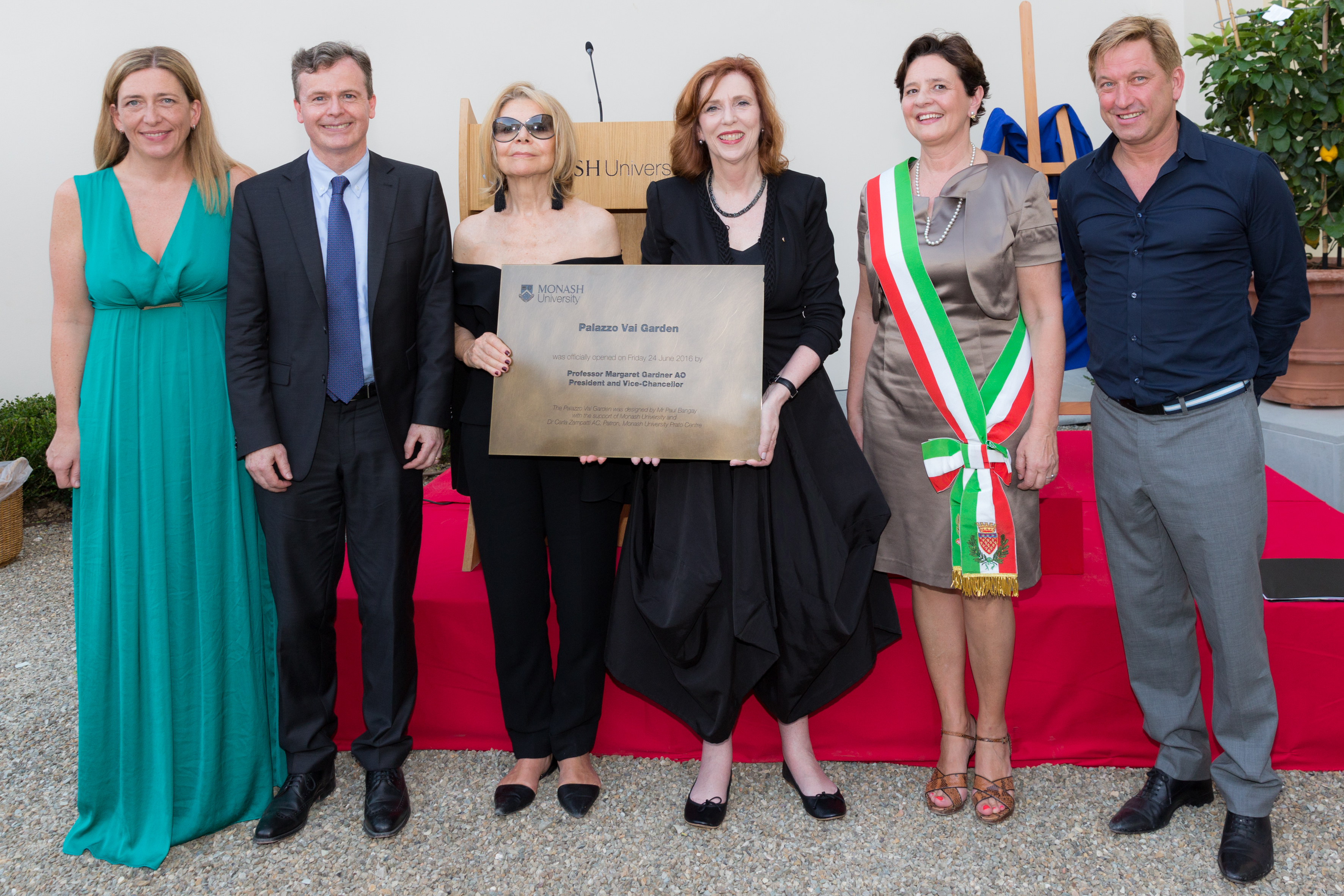 Monash University is deeply saddened by the death of the inimitable fashion designer and businesswoman, Dr Carla Zampatti, AC OMRI.

Dr Zampatti was a Patron of the University’s Prato Centre in Italy where she championed the education and research that takes place at the centre across a range of disciplines. It was a fitting role for the fashion icon whose Italian roots and Australian upbringing embodied the migrant’s success story. The Centre was deeply honoured to benefit from her considerable experience and reputation, which helped to expand the Prato Centre’s networks in Italy and amplify within the Australian community the Centre’s activities.

Dr Zampatti’s association with Prato was one that was close to her heart. Long before she became Patron in 2012 she had got to know the city as a creative, textile hub. Her love of the area was reflected in her generous support of the restoration of the garden in Palazzo Vaj - the building that houses the University – through the Carla Zampatti Foundation in 2016.

Upon seeing the courtyard at the University and hearing about its forgotten past, she wanted to support the vision to bring it back to life. The elegant design created and donated by one of Australia’s most renowned landscape designers, Paul Bangay, paid tribute to the area’s history while giving it an Australian slant. The result was a space that was not only an oasis of tranquillity for staff and students, but also a gift to the city that has been so welcoming of Monash.  In a book about the project, The Italian Garden: Restoring a Renaissance Garden in Tuscany, published by Thames & Hudson, Dr Zampatti described it as “another example of combining Australian creativity with Italian style”.

Dr Zampatti had previously spoken of the impact of Italian art and church frescoes on her as a child and the clear, strong colours of Renaissance and Mannerist art translated into crisp tones and looks that were so popular with Australian women across the different generations.

Born in Lovero, in the Lombardy region of Italy, she moved to Australia with her parents and two brothers when she was eight years old, originally settling in the wheatbelt town of Bullfinch in Western Australia. Thanks to her creative personality and enormous drive, the path to success was a remarkably speedy one; within 15 years of migrating, she produced her first fashion collection and five years later, in 1972, began to expand her retail network, creating a chain of boutiques across Australia and New Zealand. She continued to thrive as a businesswoman through changing times, designing clothes for feminists fighting for women’s rights in the 1960s to those in leadership positions today. In 2015, in a remarkable feat of longevity, she celebrated the 50th anniversary of her fashion house in Australia.

In 2014 she was awarded a Doctor of Laws honoris causa for her contributions to fashion and business and for being a role model for women. Emeritus Professor Sir Edward Byrne AC, who was then Vice-Chancellor of Monash, commented that Dr Zampatti’s designs had become a distinctive part of the modern Australian lifestyle and paid tribute to her international iconic status.

In 2008 Dr Zampatti was the recipient of Australia’s highest honour in the fashion industry, the Australian Fashion Laureate Award.

Dr Zampatti’s death at the age of 78 at Sydney’s St Vincent Hospital came a week after injuring herself in a fall during the opening night of  the opera La Traviata at Mrs Macquarie's Point.

Her legacy will live on in the thousands of women who continue to wear her designs and in the star jasmine and magnolia grandiflora standing sentry around the polmone verde della città; the garden the Italians call the green lungs of the city at Monash in Prato.