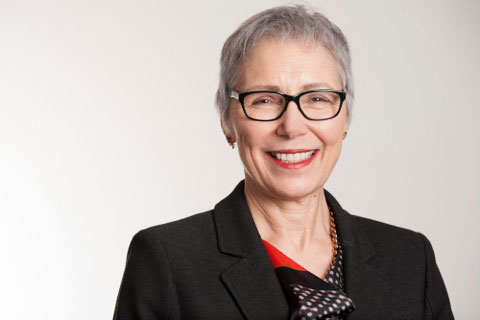 Ms Munro worked with the Monash Business School, Faculty of Law, Monash Energy Institute (MEI) and the Monash Sustainable Development Institute (MSDI) to advance energy policy research, natural resources policy and to link research to the needs of industry and government, harnessing the skills of students, professors and researchers along the way. She made an outstanding contribution to collaborative initiatives including the MEI and the recent Monash-Engie partnership and was a guiding role to the team at ClimateWorks Australia, a not-for-profit partnership co-founded by the University.

Last year, she provided much valued advice in the preparation for the MSDI 2021-25 Strategy and remained an active member of their Advisory Council right up until a few weeks ago, before her death from cancer.

Her appointment in 2018 drew directly on her extensive experience in the complex landscape of the energy sector and further advanced the University’s interdisciplinary approach to energy research. She proved to be a wonderful mentor and supporter of young people, fulfilling her wish to help and guide the next generation as they forge the path ahead.

Ms Munro was an experienced chair, non-executive director and chief executive with a distinguished track record in both the public and private sectors. With particular expertise in energy, climate change, infrastructure and natural resource markets, Chloe was committed to building a brighter future by bringing together diverse disciplines such as corporate finance, behavioural economics and science and engineering.

Over the course of her career, she was the independent chair of the Australian Energy Market Operator (AEMO) expert advisory panel, chair of IIG (Impact Investment Group) Solar Impact fund and Solar Asset Fund, independent director of NPP Australia Ltd and a panel member of the Independent Review into the Future Security of the National Electricity Market (Finkel Review) to name but a few. She also had extensive water and resources experience, having chaired the National Water Commission (2004-2012) and been secretary of the Victorian Department of Natural Resources and Environment and chair of AquaSure – the consortium building Victoria’s desalination plant – as well as a non-executive director of Hydro Tasmania.

Ms Munro envisaged a clean energy future long before it became the reality of today. She recognised the challenges faced by Australia’s energy system as emblematic of the transformation taking place right across the economy. As such, she responded to the urgent need for multidisciplinary collaboration to help decision-makers forge a path to a cleaner, brighter future.

She took on the role as chair of the Clean Energy Regulator (CER) when it was a start-up in 2012 and steered it through some of the most turbulent policy periods for Australia’s developing clean energy market, which included the abolition of the carbon tax and review of the Renewable Energy Target. She was tireless in her quest to build a steady, capable yet never complacent institution. She saw her time at the helm as a “rare opportunity to shape a new institution with a central role in delivering Australia’s climate change commitments”.

After leaving CER in 2017, she worked alongside Australia’s former Chief Scientist and Monash Chancellor, Dr Alan Finkel, on the Independent Review into the Future Security of the National Electricity Market.

Ms Munro was a former executive director of Telstra (2004-2009) where she held leadership positions in human resources, business operations, information technology, public policy, communications and customer service and played a significant part in the rollout of multi-
billion-dollar investments.

She served in the Victorian public sector from 1996 to 2004 in the positions of secretary of the Department of Primary Industries and Department of Natural Resources, and deputy secretary in the Department of Treasury and Finance where she headed the division implementing Victoria’s energy reform and privatisation program.

In 2017, Ms Munro was recognised by the Clean Energy Council for her outstanding contribution to the energy industry, and in 2018 was made an Officer of the Order of Australia (AO) in recognition of her service in the areas of renewable energy, water, climate change and the performing arts. That same year she appeared on the list of the Australian Financial Review’s 100 Women of Influence.

Ms Munro was a shining light for compassionate and strong leadership, particularly in an industry still dominated by men. She had an astute understanding not just of the technologies, but the politics and personalities of all those in her orbit and was not afraid to push herself forward using her wit as her weapon. Her formidable intellect was matched by a sense of style, and according to colleagues, a certain je ne sais quoi.

She radiated her own positive energy and greeted everyone with a characteristic glowing warmth. “It’s just my way!’ was her answer as to how she always managed to be so cheerful. Her warmth combined with a fierce intellect which kept all those who worked with her on their toes.

A staunch republican, Ms Munro came to Australia via the UK and New Zealand in 1996 to lead the Victorian government’s energy reform and privatisation program. She held a Master of Business Administration (Distinction) from Westminster University and a Master of Arts with honours (Mathematics and Philosophy) from the University of Cambridge. Early in her career she worked in the public, private and not-for-profit sectors in Kenya, New Zealand and the United Kingdom.

Ms Munro was a Fellow of both the Australian Academy of Technological Sciences and Engineering and the Institute of Public Administration Australia. In September 2020, she was appointed non-executive director of GreenCollar, a profit-for-purpose organisation and project developer across carbon, water quality, biodiversity and plastics markets in Australia.

She balanced her work life by tending her garden and supporting the visual and performing arts. She was Chair of the Lucy Guerin Inc, a contemporary dance company and was slowly building a collection of works by Australia’s most innovative glass artists.

Her death will be mourned by many, not least by all those who knew her at Monash.