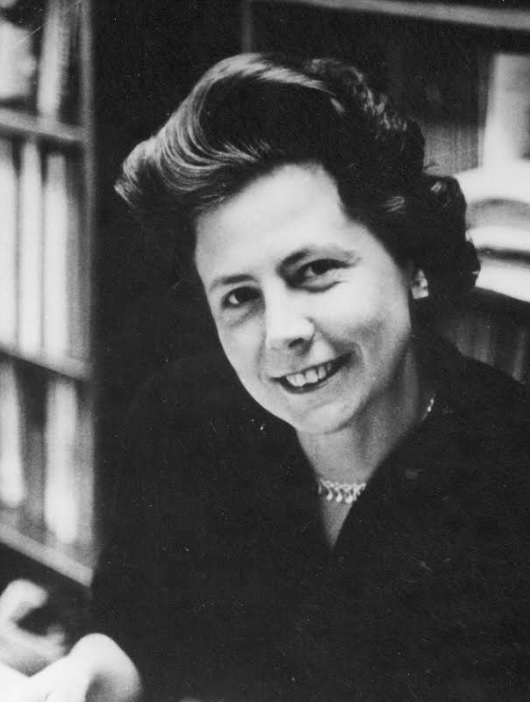 Professor Maureen Brunt, who has died aged 90, was the first person in her family to go to university and initially studied accounting to please her father. But it was her mother who set her on an academic path which broke the glass ceiling and led her to becoming the first female Chair of Economics in Australia and Monash’s first female professor.

Professor Brunt shattered conventions. Her exceptional and dedicated work over the course of her career has left a profound impact on both academia and industry.

Specialising in the field of Competition Law, she bridged the worlds of practitioner and academic, instigating important reforms that transformed Australian and New Zealand law and heavily influenced economic and legal schools of thought.

Her work shaped the development of a sound economic approach in the application of competition law in the courts, regulatory bodies and law firms.

Professor Brunt produced pioneering studies on the industrial organisation of the Australian economy which were notable for their clear and careful expositions. Her early research in the 1960's revealed the high degree of market power concentrated in the Australian economy and the far-reaching extent of restrictive practices.

Her work proved that there was an urgent need for the establishment of a competition law in Australia. It set out novel methods of analysis, frameworks and findings that continue to be relied upon as primary reference by practitioners and academics in law and economics in Australia and New Zealand.

Professor Brunt was born in 1928 in Coburg, then a working-class suburb.  Her parents were both grocers who had high ambitions for their children.

Thanks to her mother’s insistence, Maureen’s education was taken as seriously as her brother’s and she was enrolled at the Presbyterian Ladies College, where her first encounters with academic life sparked her interest in pursuing a degree.

In the 1940's it was unusual for women to enter higher education. With her parents’ blessing (after some persuasion), she graduated Bachelor of Commerce with a major in Economics from the University of Melbourne in 1951.

Her first-class honours thesis on ‘the economics of retailing’ won her a scholarship to Harvard, where she graduated with a PhD in Industrial Organisation in 1964. There, for the first time, she recalled in an interview, she "could have an academic conversation with women".

In doing so, she became the third woman to hold a Professorial Chair in Australia and the first one to do so in the field of economics.

As a teacher, Professor Brunt was exceptional. The Faculty of Economics and Politics (ECOPS) straddled the boundaries between science and humanities; as a firm believer in this integrative approach, she specialised in the intersection between Economics and Law.

Students from diverse backgrounds found her lectures lucid and stimulating. She developed courses in Economics and Law and taught subjects in industrial organization; competition law and policy; and competition and regulation.

She also introduced an interdisciplinary graduate seminar in Trade Practices Law modelled after a similar convention she had encountered in Harvard.

As a researcher, Maureen took meticulous care with her work. She not only influenced the economic and legal worlds through her research, she also got personally involved.

In 1975, she was appointed part-time Foundation Member of the Trade Practices Tribunal (later called the Australian Competition Tribunal). Because of this substantial commitment, in 1977 she reduced her role at Monash to a part-time Professor of Economics.

However, in 1984 she was appointed a Professorial Associate in the Monash University Law School, where she continued to demonstrate the synthesis between economics and law.

In the Trade Practices Tribunal, Professor Brunt made major contributions to policy-making and to the application and development of competition law.

She devoted herself to her tasks zealously; working hand in hand with every President of the Tribunal and being party to most of its decisions. Maureen was also member (1974-1980) and Chair (1980-1983) of the Victorian Government Consumer Affairs Council.

In that role she proposed that ‘mirror’ laws be enacted by all State governments to guarantee the application of the Trade Practices Act’s consumer protection provisions at a State level. Her advice was accepted and implemented by all Australian States and Territories.

In 1990, Professor Brunt left Monash to serve as Professorial Fellow at the Melbourne Business School and Melbourne Law School, in the University of Melbourne. She also acted as a Professorial Associate (1995-2002) and as a lay member of the High Court of New Zealand (1990-2000) for competition cases.

She retired from the Trade Practices Tribunal in 1998.

Her perfectionism, harnessed with an obstinate, incisive and analytical mind, led her to being recognised as an authority on the legal and economic aspects of trade practices and economic regulation for over three decades.

She received many awards throughout her life including Officer of the Order of Australia (AO) for ‘services to the Trade Practices Tribunal and to education’ (1992); an honorary Doctor of Laws from Monash University (1996); appointment as Emeritus Professor by Monash University (2000); and election as a distinguished Fellow of the Economic Society of Australia (2006).

Maureen may not have considered herself a feminist role model, but her remarkable career, from grocer’s daughter to trail-blazing academic, has created a profound legacy which will bring benefits to all for decades to come.