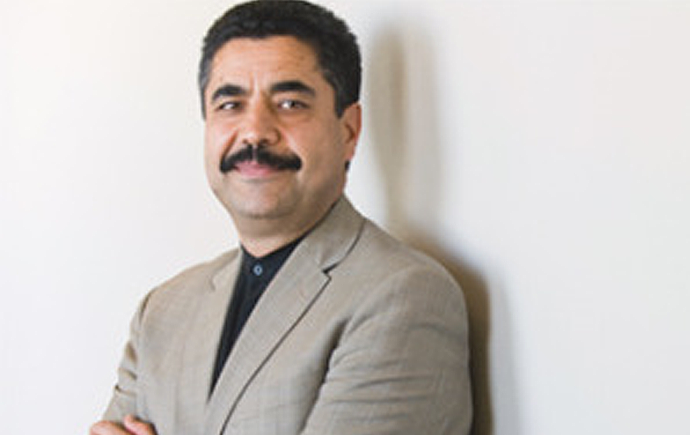 Dr Ahmad Sarmast has a PhD in Ethnomusicology from the Faculty of Arts.

He has risen to be one of the most well-known and respected Ethnomusicologists in the world. Born in Afghanistan, his father was the late well-known Afghan songwriter, composer and conductor Ustad Salim Sarmast. It was him, and his introduction to Afghani artists and music that led to Dr Sarmast ultimately deciding to enter the music world. After enrolling in the Secondary Vocational School of Music in Kabul, he spent the next ten years studying in the Soviet Union, where he earned a Bachelor of Arts and a subsequent Master of Arts from the Moscow Conservatory.

It was at Monash where he decided to pursue further education, completing his Doctor of Philosophy in Music in 2005, and becoming the first ever Afghan to receive such a degree. Returning to Afghanistan in 2006, he saw the widespread destruction of the country, and the importance of music in establishing a more civil society. He then decided to become the Founder and Director of the Afghanistan National Institute of Music (ANIM).

The ANIM opened its doors in 2008 and has since been committed to preserving Afghanistan's rich musical history and providing a safe learning environment for young people from disadvantaged backgrounds. In 2015, Zohra, Afghanistan’s first all-female Orchestra was formed, comprised of 25 girls from ANIM. They have travelled and played at in international locations such as Switzerland, Germany and the United Kingdom. In 2017, the group left Afghanistan for the very first time to perform in front of 2000 world leaders at the Annual World Economic Forum.

Dr Sarmast is also an Honorary Fellow of the National College of Music, London. He has been conducting research on music of Afghanistan since 1993, resulting in the landmark book A Survey of the History of Music in Afghanistan. His research areas include music of North India, Central Asia, and Iran. His other publications include The naghma-ye chartuk of Afghanistan: a new perspective on the origin of a solo instrumental genre, and Ustad Mohammad Salim Sarmast: a 20th century composer, and the first symphonic score of Afghanistan.

A member of the Musicological Society of Australia and the Union of Artists' Association of Afghanistan, Dr Sarmast is an inspiring keynote speaker who continues to speak at international music and arts conferences and congresses around the world.

Dr Sarmast has received many accolades, including the UNESCO Cultural Heritage Rescue Prize, the International Music Council (IMC) Musical Rights Award, the David Chow Humanitarian Award, and the Education Award of the Government of Afghanistan. In 2013, he was a finalist for Australian of the Year, and was named "Person of the Year" by Radio Azadi, RFE/RL. In 2016, he received the 'Charles Ansbacher Music for All' Award.

Whilst in 2014, an attack from the Taliban left him severely injured, leaving him deaf in both ears, his commitment to music, peace and democracy in Afghanistan in 2018, earned him The Polar Music Prize. The prize has been called the “Nobel Prize of Music” in Sweden. He, along with rock-band Metallica were awarded the prize to honour their ’significant achievements and/or music activity’ and celebrate music that ‘breaks down musical boundaries’, joining the likes of previous recipients including Paul McCartney and Elton John.

In 2014, Dr Sarmast was awarded the Distinguished Alumni Award for the Faculty of Arts.