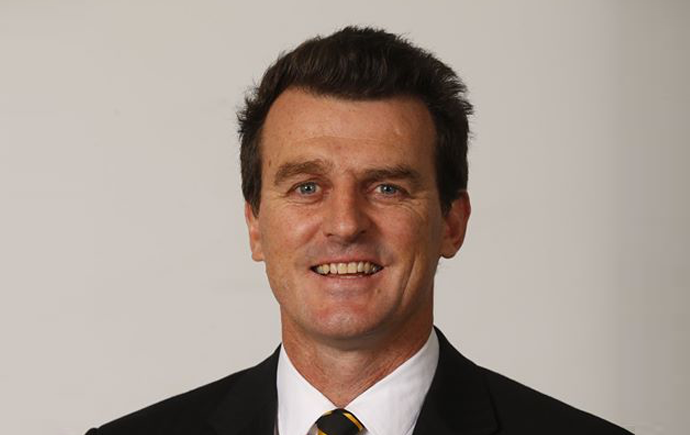 Brendon Gale has a Bachelor of Laws and a Master of Arts from Monash University.

In a professional sports career spanning 12 years, Brendon Gale played 244 games of AFL with the Richmond Football Club, from 1990 to 2001.

After retiring from professional football, he practised law with commercial law firm Mallesons Stephen Jaques. In 2005 he was appointed CEO of the AFL Players Association, responsible for representing the collective industrial interests of all AFL players.

In 2009, he became chief executive of the Richmond Football Club, heading a team of more than 150 people. Under his leadership, Richmond’s Punt Road Oval headquarters has been transformed into an elite high-performance facility, and the club has achieved record consumer and commercial growth. The club has competed in five of the past six AFL finals series, winning the AFL Premiership – Richmond’s 11th – in 2017.

He’s a passionate diversity advocate, and holds a number of directorships. He served on the board of the Victorian Human Rights and Equal Opportunity Commission from 2009-2013, and is actively involved in the Male Champions of Change program.

Watch his graduation address below