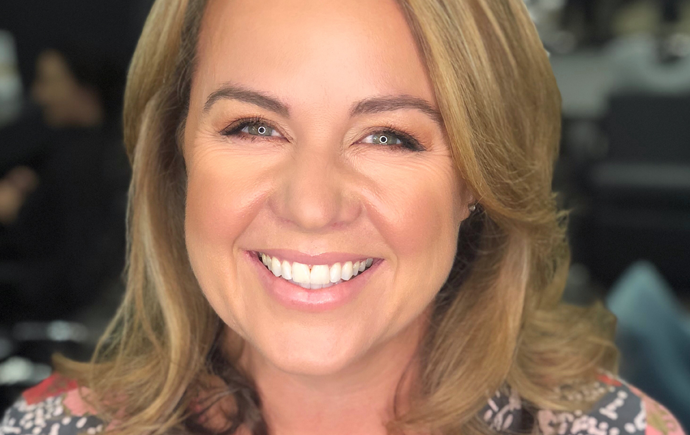 When Carolyn Creswell bought a small muesli company, it was hardly the textbook stuff of first-year student life. To enter the world of business at the age of 18 is slightly unorthodox; to do so while juggling an arts degree and the social expectations of a recent school leaver is another thing entirely.

“I would come into uni and do the books at lunchtime in the library. It was before the digital age, so I had one of those accounting books you get from the newsagent to put the orders in,” says Creswell, whose Carman’s Kitchen has grown into a high-fibre international behemoth.

“I did the deliveries before uni started for the day. I suppose I was lucky I only had around 15 contact hours.”

The story behind Carman’s has reached the status of lore. Back in 1992, Creswell and a friend pitched in $1000 each to buy the small enterprise where they worked part-time, primarily to protect their source of income when the owners announced they were selling.

Creswell went on to buy out the partner a few years later, but it was certainly not the ‘insta-success’ story of which rich-list dreams are made. At the time, the fledgling business supplied a handful of cafes and delis around Melbourne, and Creswell felt trapped in a barely profitable cycle she couldn’t afford to break out of. “It’s easy to quit a job; it’s much more difficult to quit a business.”

In fact, the future as she envisaged involved not oats, dried fruit and nuts, but a law degree. “That was the plan – to study really hard in my first year of arts then transfer to law in second year. I tried but it didn’t happen, which in hindsight is a great thing, as I think if I had gotten into law my parents would have made me give up muesli. All I can say is, it’s funny how things turn out.”

A quarter of a century after parting with her original $1000, Creswell has built her business without any outside help to the point that it employs 36 people, exports to 35 countries and is making a big push into the Chinese market, with its insatiability for premium imported food brands.

"I believe in conversations. Let’s have a 20-minute chat, we’ll figure pretty much anything out.”

There might appear to be a yawning gulf between 1950s Japanese politics (one of her subjects) and business success, but Creswell says her degree, majoring in politics and sociology, set her up for a life as an independent thinker.

“It’s been really powerful in how I approached my business. When you’re at high school you get spoon-fed what to think, and how to approach your exams, but it’s a rude shock to arrive at uni and find that you have to do it all for yourself. I guess that’s what I’ve taken with me – that the answers will always be out there. I just have to find them.”

Creswell’s approach to business is refreshingly no-nonsense. She doesn’t do meetings, and each year she emulates Amazon’s ‘Day One’ approach to resist the encroaching of bureaucracy on the way she and her staff think and operate: “If my staff want to have a meeting, they almost have to get my permission. I believe in conversations. Let’s have a 20-minute chat, we’ll figure pretty much anything out.”

Creswell sounds like the sort of employer anyone would consider themselves lucky to have. The new Carman’s headquarters at the former Pink Lady chocolate factory in Huntingdale, just near the Monash bus interchange, features an infrared sauna and in-house barista and chef.

“It’s beautiful. I built this crazy and out-there place that’s inspired in part by Google. There’s a room to get ready on a Friday night with a hairdressing chair,” she enthuses, still giddy over the premises she and her team moved to in April. She hopes to start running tours sometime in the near future. In the meantime, she’s happy if customers at the adjoining retail shop ask to look through the rest of the building.

The mother of four has also made it a priority to serve on boards and as public ambassador for human rights organisations such as the Asylum Seeker Resource Centre, St Kilda Gatehouse and her latest passion, One Girl, which promotes female education in Sierra Leone and Uganda.

“I think that I’ve been so lucky. The world has invested so much in me; I had this great education. My career is just one aspect of who I am as a person, but it’s given me the chance to be a little more influential than I thought I was going to be. I hope that I can make a bit of a difference.”

This article was originally published in Monash Lens