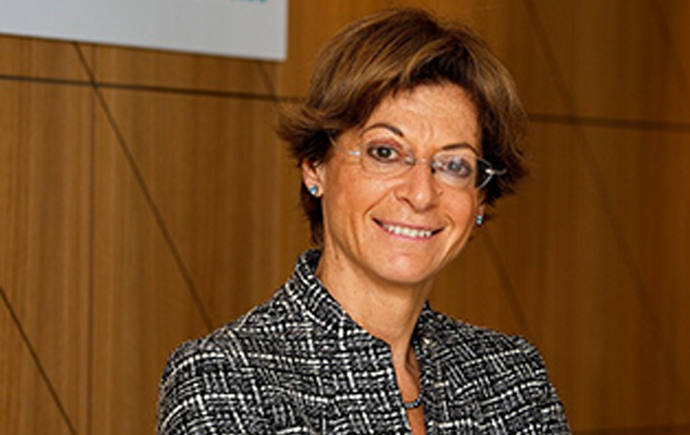 Where do you see yourself in five years time? It’s a common question asked at job interviews and many of us have the answer - a series of goals that we want to achieve across our careers. But Monash alumna Deborah Glass OBE (BA 1980, LLB 1982) has done things a little differently.

"Some people plan their careers. Mine was never planned, more of a series of twists and turns," Deborah said. It’s a move that has led to a successful 30-year career in law and order.

Deborah was raised in Melbourne where she studied law at Monash University. She practiced law briefly in the city, before joining a US investment bank in Switzerland in 1985. She was appointed to the Hong Kong Securities and Futures Commission at its inception in 1989, where she moved through the ranks to become senior director, instrumental in raising standards in the investment management industry.

Deborah relocated to London in 1998 to take on the role of Chief Executive of the Investment Management Regulatory Organisation. She was an Independent Custody Visitor to police stations in her London borough from 1999 to 2005, chairing the local panel for two years.

Deborah was appointed IPCC Deputy Chair in 2008, carrying operational responsibility for the IPCC's regional Commissioners. In 2012 she was awarded The Order of the British Empire – Officer (OBE).

Deborah said when she left Monash law school in 1981 she never could have anticipated being honoured for services to law.

"After briefly practising law in Melbourne I left on a one-way ticket to Europe without any plan other than that I did not want to be a lawyer in Melbourne, and the move to financial services, working for Citicorp in Switzerland, was entirely by chance," she said.

"But after Citicorp the driving force was to do something that made a difference - whether that meant writing new Codes of Conduct for fund managers in Hong Kong or dealing with allegations of police corruption in the UK."

"What continues to motivate me is the feeling that it is better to be fair than popular, and that ultimately justice is the best reward," she said.

Deborah said her legal education stood her in good stead despite the brevity of her legal career.

"I carry with me a strong set of values focussed on integrity and the public interest that I believe were nurtured at Monash," she said.

"I remember afternoons spent at the Monash legal centre in Springvale advising unsuspecting members of the public, and inspiring teachers like Ron McCallum and Louis Waller, to name but two.

“They helped to lay the foundations for what I am today."