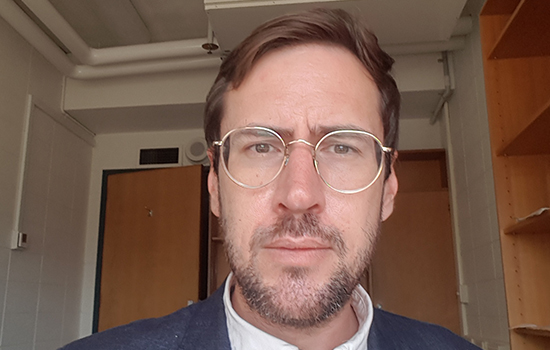 As a joint student in the Monash University and University of Warwick PhD program, Dr Flenady’s thesis – titled ‘Indifference and Determination: Kant’s Concept/Intuition Distinction and Hegel’s Doctrine of Being’ - evolved through his commitment to original research and the close mentoring of his two supervisors, Monash Arts’ Professor Alison Ross and Warwick’s Professor Stephen Houlgate.

Why you were drawn to PhD topic?

My PhD project was about the most fundamental tools we have for making sense of things. 18th Century philosopher Immanuel Kant's words for these tools were "pure concepts" and "intuitions," and his way of thinking remains influential in many ways in contemporary philosophy. I was interested in the way in which one of Kant's self-appointed successors, G.W.F. Hegel, reworked these tools to make better sense of our capacity to make sense of things. I was drawn to the topic through political philosophy.

I think that Hegel's conception of freedom still has a great deal to offer us, and I wanted to take the opportunity in the PhD to develop an understanding of his philosophy as a whole.

How would you describe your PhD experience at Monash Arts?

It was excellent. As part of the Monash-Warwick program, I spent the first year in Monash preparing for my confirmation seminar before heading to Warwick for 18 months. I came back to Monash to tie up the project.

Before I had to deal with all the stress of moving overseas, I already had a firm understanding of what I wanted to do. That time at Warwick was like an extension of the foundational groundwork I developed at Monash.

It’s a great program because you get support from both institutions in terms of supervision, and I also developed an understanding of different institutional cultures. Going to Britain, teaching at Warwick and heading to academic conferences in Europe helped me feel more confident in the discipline.

Throughout my PhD, I also participated in a range of professional development opportunities, including presenting in seminars and getting involved in reading groups. I also tutored extensively both at Monash and Warwick, and took advantage of the strong Philosophy student communities at both institutions.

You studied under Monash’s Professor Alison Ross and the University of Warwick’s Professor Stephen Houlgate. How did your supervisors support your work?

It’s easy to go into a PhD and think you’re going to write a magnum opus. Alison was great at reminding me that my PhD thesis was training for being a professional scholar. She reigned in my ambition and made it manageable. She’s a brilliant writer and fantastic at structuring ideas systematically and logically.

Stephen, on the other hand, was the expert in my subdiscipline, so it was a great balance between being able to call on someone who would keep the whole project in mind and give guidance as to how I was positioning my work within the literature, as well as being able to turn to someone who would take a microscopic look at the details of the arguments.

After working as a tutor at Monash and Warwick, you’re currently employed as a Lecturer in Monash Arts’ Philosophy Department. What do you love most about your current role?

The opportunities you get to teach during a PhD allows you to talk to young people about the kinds of ideas that are animating their lives. I loved having the capacity to remind young people that their ideas matter as I worked to shape my own.

In my current teaching role, it’s a privilege to be able to help young people at a formative moment in their adulthood – to get them to think deeply about the way their society is organised and whether that’s acceptable to us as rational beings.

What advice would you give future PhD students looking to conduct their research in the Humanities?

It’s a wholly unique chance to take the time to write exactly what you want to write. My advice to graduate students would be to do a PhD for its own sake, and for the person it allows you to be.

My PhD has allowed me to become someone who can take ideas seriously, and to understand that ideas aren’t an optional extra in our lives for those with the wherewithal to participate. Ideas are of fundamental importance to everyone.

Throughout my childhood, my parents always impressed upon me that ideas were the most important thing. I wouldn’t know myself if I didn’t get this opportunity to train for over a decade in the Arts.