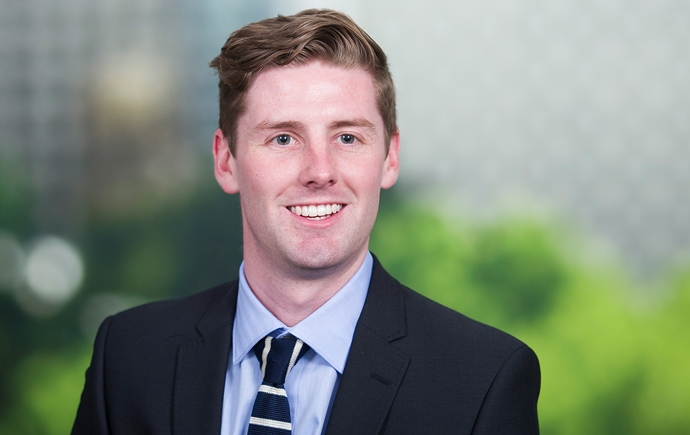 Harry Murphy Cruise is a Senior Economist at ‘Big Four’ firm Deloitte Australia He graduated from Monash with a Bachelor of Commerce (Honours) and Bachelor of Arts (majoring in Politics) in 2016. Harry discusses how the pursuit of his interests in international relations and politics through his Arts degree has helped him in his role as an economist, where he informs the policy of Australia’s state and federal governments among other projects.

What did you enjoy about doing a double degree?

I loved the double degree. I think the Commerce and Arts really complemented each other well. On the Commerce side, I was doing economics and econometrics, and on the Arts side I was really interested in the politics/international relations area, so those two components melded together well. You would be talking about economic theory while you were also learning about different political events unfolding, and you could look at how the two related to each other, which was definitely interesting. And I wanted to use the degrees to make a bit of a difference, whether it’s informing government policy or trying to implement some change.

What was the highlight of your degree?

I did an internship with the Global Centre for the Responsibility to Protect (GCR2P) in New York through Arts, which was by far the highlight of my time at Monash. It’s a non-government advocacy group that work a lot with the UN to advocate for countries not only protecting their own citizens from harm and mass atrocities, but also then having a responsibility to protect other citizens in different countries who are facing atrocities and human rights abuses. I enjoyed being part of making a difference out there.

And when you get to spend about four months in New York, you’re not going to have a bad time! But being able to work in the international relations sphere was fantastic.

What are the transferrable skills you gained from your Arts degree that you are able to apply into your work at Deloitte Access Economics?

An understanding of politics and international relations has been vital for my career. Particularly when the last three or four years have been characterised by some pretty interesting geopolitical times, which really feeds into what we do as economists. Think of the China-US trade war, which is really around geopolitical tensions – the lever that they're pulling there is around economics, and that impacts us. There’s this whole range of geopolitical tensions around borders and supply chains, which all impact the economics of how we live, so the understanding through that side of the Arts degree has been really useful.

Can you describe your role as a senior economist?

I run our state and territory forecasts, which we put out each quarter. We do a lot of project-based work, typically where public sector clients or a government will come to us and ask us to look into something. We’ve worked on for-profit and some non-profit projects for Deloitte as well. At the moment most of the interest from governments is in responses to COVID and the policies that should be put in place, and we put out broader economic commentary as well.

We also put out broad economic commentary in what we think will happen over the next few weeks/months/years, and what that recovery looks like. As Australia is a predominantly trading country, particularly exporting iron ore, we forecast how that will impact our recovery.

It is a very varied role working with different clients all the time, which is what I love about the role.

In what way do you want to create change through economics?

I’d love to be able to spend some time in developing countries, particularly through Africa, and work in their economic development. Realistically, economists aren’t doctors or police officers, we aren’t going to save the world, but there are definitely areas we can strongly contribute to. And it’s nice to know we can make a difference in society.

For example, during COVID-19 and all the lockdowns that were happening, we did some work on the policy around JobKeeper. It was something we wanted to take a stand on, early on through this crisis, advocating for a wage subsidy, that the government eventually did take up. So it was satisfying because you could see the positive impact it made to society quite quickly.

Do you have any advice for students interested in working for one of the ‘Big 4’?

Your grades aren’t everything in an interview. I think it’s your interpersonal skills – your grades get you through to the first door, but the next step is showing an interest and a passion in what the topic is.

To get that interview, you really need to try to make yourself stand out in your application part. And your grades are one component to that, but it's also in your cover letter. Make it tailored for the application and put relevant things for that job in there so that it stands out and you can show why you’re right for that position.

Internships and any work experience also helps. When I was in my interview, one of the partners asked me “why do you want this job?” I started with “Oh, you know, I think it's a unique experience”, and he said “No, no, tell me why is it a unique experience? Why is this better than a role at KPMG or EY?” So they want you to articulate why you are the right fit. You have to have an interest in that area and be able to explain to them how what you learnt in your degree applies to the role.