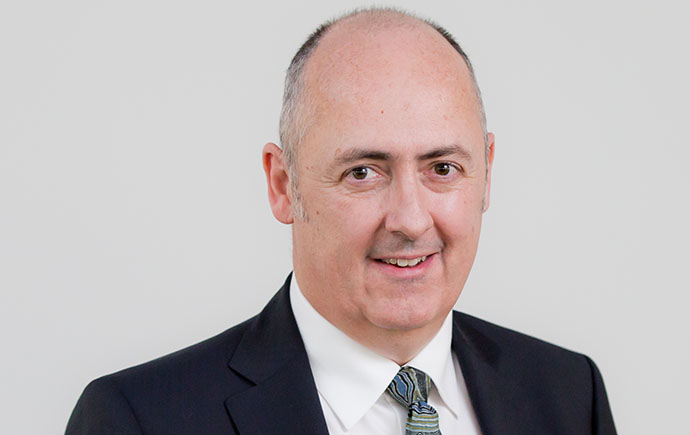 Dr Lachlan Strahan joined the Department of Foreign Affairs and Trade (DFAT) in 1993 as a graduate trainee, and recently completed a three-month assignment as Australia’s Acting United Nations Ambassador in Geneva, managing Australia’s first session as a member of the Human Rights Council.

From 2015 to January of this year, Dr Strahan was the First Assistant Secretary of the DFAT Multilateral Policy Division, leading the department’s UN, human rights, Commonwealth, conflict prevention and gender equality teams. He played a key leadership role in Australia’s successful campaign to win election to the Human Rights Council for the 2018-2020 term. Dr Strahan is currently a senior advocate for the Department’s Indigenous Employees Network and a senior straight ally supporting his LGBTI colleagues.

Earlier in his DFAT career in Canberra, Dr Strahan worked on policy towards Russia, China and chemical and biological weapons, and ran the South Asia and Pacific Regional public diplomacy branches. He has served in Australia’s diplomatic missions in Germany, South Korea and India. He covered North Korea from Seoul, visiting Pyongyang in 2003 at the beginning of the current nuclear dispute. As Deputy High Commissioner to India, from 2009-2013, he led Australia’s security and safety response during the 2010 Delhi Commonwealth Games and coordinated Oz Fest, Australia’s biggest ever cultural promotion in India in 2012 and 2013.

Dr Strahan was an Assistant Secretary in the International Division at the Department of the Prime Minister and Cabinet, 2013-15, managing relations with the Middle East, South and Southeast Asia, the Americas and the Pacific. During his time there, he played a central role in developing a major counter-terrorism package in the wake of ISIL’s capture of Mosul, and coordinating the initial stage of the search for missing Malaysia Airlines flight MH370, receiving an excellence in leadership award for the latter.

He has published several articles and two books, “Australia’s China: changing perceptions from the 1930s to the 1990s” and “Day of Reckoning,” which was shortlisted for the 2006 New South Wales Premier’s Australian History Prize.

Dr Strahan completed a Bachelors of Arts (Honours) degree at the University of Melbourne and received his PhD in history from Monash in 1993. Before joining DFAT, he taught Chinese and Russian politics and history at several universities in Melbourne. He is an inveterate and increasingly forlorn Carlton supporter.