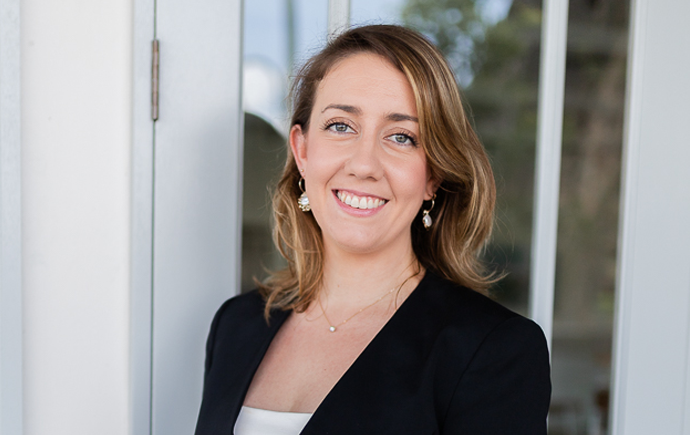 Award-winning Monash Arts alumni Meg Panozzo says the skills learnt during her Arts studies have played a critical part of her professional success.

In 2014, Meg graduated with a Bachelor of Engineering and Bachelor of Arts, majoring in Japanese studies. Currently, Meg works as a civil engineer with global professional services firm Arup and publishes a blog, Her Bold Universe. Additionally, Meg created the ConnectSTEM program at Arup, which is a community group within the firm aiming to address the gender imbalance in engineering by empowering and inspiring people in STEM.

Meg’s passion and dedication to creating change has been recognised with multiple awards, including the Foundation for Young Australians’ 2019 Young Social Pioneer Award.

Recently, she was listed as one of Australia’s Most Innovative Engineers for 2020 by Engineers Australia.

“When I entered university, I could never have imagined being recognised at this level for my work,” said Meg. “My natural tendency is to take action when I think something needs to change, and at the end of the day, I just want to help people and create a better world.”

“I’m hoping the Engineers Australia award puts more spotlight on ConnectSTEM and the issue of gender diversity in engineering. I also believe strongly in the importance of creativity and the human element of engineering, and my future vision is to unlock both in engineering. I feel so grateful that I pursued my passion to study both Arts and Engineering. I highly value both fields of study and I love working at the intersection of these.

I chose Monash because from memory it was the only university which offered Arts and Engineering as a double degree. I pursued Arts at the outset because I wanted to continue classical music studies, and I wanted to see if there was a way that I could combine the two. During my studies, I decided I wanted to change track and major in Japanese language.

At the time, Arts was a personal choice because I always pursue what I am interested in. Ever since I graduated and entered the workforce, I have realised how important the communication, critical thinking and research skills that you gain from an Arts degree are.

Studying an engineering degree is completely different, and so being able to combine those two modes of thought has been a real strength for me.

How did your Arts degree help you in the workplace?

I have a different set of experiences and different training because of my Arts degree. I know that Arts and Engineering is a very rare combination, and so this diversity means I can bring a different perspective to the table.

My communication skills have been strengthened by studying Arts. In Arts, you can be presented with a question and you have to go and do the research to create a perspective and formulate that into a coherent argument.

The field of engineering is such a huge area of study that at university you can only learn the tip of the iceberg for what you need in your career. When I was studying, it was all about understanding complex theories and performing calculations, which takes up most of your time, rather than telling a story or writing an argumentative essay.

Innovation in a team happens when people are empowered to bring their diverse ideas and experiences to the table. If everyone had the same set of skills and experience, innovation wouldn’t be possible. For me personally, I can draw on analytical skills as well as being a strong writer, story-teller and critical thinker.

I can’t imagine my life without these two degrees.

What is ConnectSTEM and how is it changing the workplace?

I’d always wanted to help empower women in engineering ever since I got the question, “How do you do what you do?” According to 2018 ABS data, just 12.4 per cent of qualified engineers are female. I started ConnectSTEM  with the vision to improve gender diversity in STEM.

The foundation for ConnectSTEM was laid on International Women’s Day in 2018 when I was running a panel discussion. I just thought, well, I’m going to have an audience of around 100 people from our office and maybe I’ll find some people interested in doing school outreach in a more systematic way.

I was expecting maybe two or three people to be interested in joining me, but it just exploded. I think it’s been so successful because we tapped into an existing passion for equality. It was a grassroots movement.

What is ConnectSTEM doing now?

We’re focused on inspiration, motivation and empowerment through elevating our role models and our female engineers and trying to make them more visible to children, students and university students. We collaborate with other organisations such as Power of Engineering, Engineers Without Borders and universities. We also work internally, aiming to create a thriving community in Arup by holding events that inspire, educate and empower the people in our firm.

One of my favourite initiatives we’ve established is an annual awards ceremony on International Women in Engineering Day within Arup in Sydney. This year we had over 80 nominations in our junior and senior categories. Over half of those nominations were from men. It was the loveliest thing to see this recognition of and respect for female colleagues, mentors and role models, at various stages of their careers.

I want to keep pushing for progress and growing the ConnectSTEM framework. The worst thing for change and diversity is to become complacent, especially with COVID-19 fundamentally altering our world. We can’t rest on our laurels.

I always urge everybody, if you see a societal issue that you want to help address, just go for it. It’s so fulfilling to help someone else.

Did Monash Arts help you in starting your career?

Absolutely. There were many professional opportunities available to me when it was almost time for me to graduate.

In the last year of my Arts degree, we began talking about the next step (for Arts students) and I realised that because of the engineering and the arts degree I had this crazily wide set of possibilities available to me.

In my mind, I was set on being an engineer, but I could have gone off and been a diplomat, or a translator, or an academic, or a politician. I could have been anything. I remember sitting there thinking how many options there were available to me. That was an exciting feeling.

Through studying Japanese, I also developed the ability to communicate with different people and different cultures. Especially recently, we’ve become hyper-aware of the need to embrace diversity and inclusion.

Would you recommend an Arts degree to students?

I would advise future students to think about the value an Arts degree can add to your professional and personal development. I would always go for the double degree because of that diverse education you will receive.

I think there is a lot of societal messaging to shift. It goes for women in engineering and it goes for the value of Arts degrees as well. I think there’s a huge value in an Arts education.

There is so much talk about being specialised in a particular field, which is great if that’s you. But if that’s not you, and if you have a broad range of interests, then you shouldn’t set limits upon yourself.