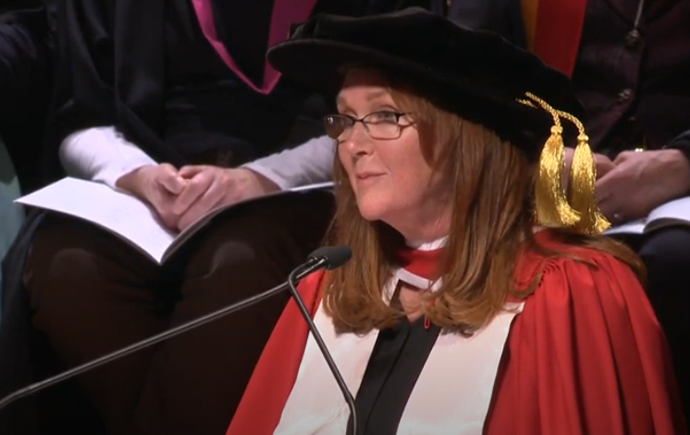 Ms Naomi Milgrom AO is an Australian fashion retailer, business leader, philanthropist and art collector. She is the Executive Chair and Chief Executive Officer of the Sportsgirl/Sussan Group, Australia’s largest privately held women’s fashion retailer with more than 500 stores and 4000 employees. She has built a reputation for mentoring women into leadership roles and has pioneered a unique working culture including championing flexible work practices.

In addition to her business activities, Ms Milgrom is deeply involved in a range of philanthropic projects in areas such as entrepreneurship, contemporary art, music, dance, fashion, culture, science, education, women’s health, the Jewish community and public service as a patron and in advisory and non-executive positions. She has been Chair of the Australian Centre for Contemporary Art, Chair of the Melbourne Fashion Festival, Director of the Magellan Financial Group and a board member of the Howard Florey Institute.

In 2010 Ms Milgrom’s significant contributions to the community were recognised when she was awarded an Officer of the Order of Australia “for service to business as a leader and mentor in the fashion industry and to the community through advisory and management roles of a wide range of arts, health and philanthropic bodies.”

Ms Milgrom is a former board member of the Melbourne Business School and serves on the Advisory Committee of Melbourne University’s Centre for Ethical Leadership. Recently she was appointed Commissioner for the Australian representation at the 57th International Art Exhibition, Venice Biennale 2017.

Ms Milgrom is a member of the Art Basel Global Patrons Council, Tate Museum London’s International Council and a former judge for the World Architecture Awards. In 2014, Ms Milgrom established the Naomi Milgrom Foundation to initiate a range of bold public art, design and architecture projects. In 2014 the foundation supported the inaugural MPavilion designed by architect Sean Godsell. MPavilion 2015 was designed by internationally renowned British architect Amanda Levete of AL_A London. The 2016 MPavilion was designed by Bijoy Jain, founder of Studio Mumbai. More than an architectural commission, MPavilion includes a four-month free program of design and culture. The inaugural MPavilion won the AIA 2015 Victorian Architecture Award for Small Project Architecture.

For her philanthropy and drive in the establishment and ongoing support of the MPavilion program, Ms Milgrom was awarded the 2015 Australian Institute of Architects President’s Prize.

The citation reads: “MPavilion is a brave and audacious project, involving the commissioning of architects of excellence and the support of a dense program of free public events. The MPavilion program is helping to position Melbourne as a key design centre in the Asia-Pacific Region and is the most publicly visited design exhibition in Australia. The two commissions to date by Sean Godsell and Amanda Levete have both been proactive and sensual projects, a credit to Naomi’s awareness of excellence in contemporary design and her renowned ability to get things done. I congratulate Naomi on her commitment to excellence in architecture, her public philanthropy and her personal facilitation of this outstanding public program”.