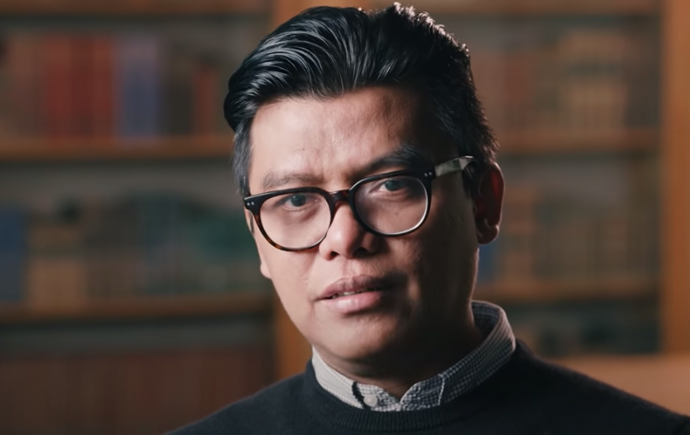 PhD graduate Noor Huda Ismail is an author, filmmaker, activist, and self-described “repentant journalist”, and has a desire to tell a larger story about terrorism, foreign fighters and why people join violent organisations.

I’m running a cafe where a number of those employees are actually former convicted terrorists, so I transferred their energy from using AK-47 to fried duck.

In his book, My Friend the Terrorist, Huda reveals he was once roommates with a future terrorist, a man who would go on to be one of the Bali bombers.

Huda was covering the Bali bombing in 2002, in his role as a journalist for the Washington Post, when he realised that this was the same man that he had attended school with, even shared a room with. This led Huda to write about his experience, and about the possible road his own life could have taken.

Huda then studied in the School of Social Sciences at Monash, on his doctorate about gender and masculinities in Indonesian foreign fighters.

“I wanted to study at Monash to expand my knowledge and engage in knowledge making, to tell a complicated story on the ground, and find intellectual fulfilment in my work,” says Huda.

The discipline of a PhD gave Huda the opportunity to really focus on what he is passionate about and Monash was the logical home for Huda’s doctoral studies. Huda says that Monash provides a healthy and robust environment for discussion and thinking.

“Monash has a really good reputation in Indonesia, and is thought of as prestigious. It is interdisciplinary and allows for different outputs,” he says of his decision to study in Melbourne.

“The group journey with a cohort working on similar issues, the international student community (which involves fortnightly informal discussions on study topics or student life, and the academic and social network” are all Monash draw-cards for Huda.

His doctoral field work, which will involve interviewing former Indonesian foreign fighters, fits into his desire to understand how people are driven to join foreign fighter groups and to commit atrocities.

He explains that although his work looks diverse, he sees it as related. The doctoral study, the social activism and his creative outputs through books and film are all a representation of the same issues around the question of what drives a person to a violent masculinity.

Huda’s documentary, Jihad Selfie, was launched in London in 2015. The documentary, which he started working on in 2014, explores the lure of extremist groups for Indonesian youth. Huda also discussed his book ‘My Friend the Terrorist’ at the Frankfurt Book Fair in 2015.

Huda also works as a social activist in his native Indonesia, having started a café in Java, which involved a programme where convicted terrorists are hired to work in the business as a form of rehabilitation.