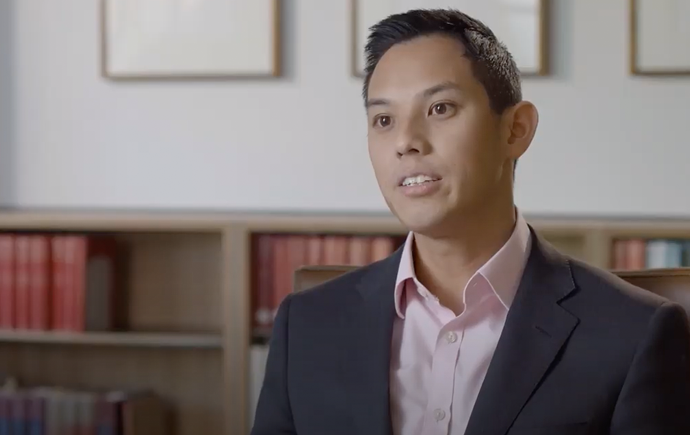 Roger Chao FRGS, FGIA, GAICD, FAIM, BJ is an Australian explorer, mountaineer, philosopher and ethicist. He holds degrees in Arts (Politics and Philosophy majors) and Economics (now Commerce) and an Honours degree in Philosophy/Ethics from Monash University. Roger was elected a Fellow of the Royal Geographical Society in 2007 in recognition of his research into the effects of global warming on Inuit culture in Greenland, supported by Monash’s flexibility and Elite Athlete Support Program. He holds an MBA and is an experienced non-executive director and chair of numerous public, private and not-for-profit boards.

You have a great deal of board experience. What are you currently involved with?

I am passionate about community development, capacity building, community resilience, and the building of social capital and my executive and board experience speaks to this.

I am currently a Non-Executive Director of the Southern Metropolitan Cemeteries Trust where I also chair the Community Advisory Committee. This gives me the pleasure of being able to engage with a wide range of community leaders and elders and draw on their diverse backgrounds, insights and experiences. The principles of co-design and capacity building are at the heart of all my work in the community, and something I seek to embody in all my work.

I have also been a non-executive director of Annecto for many years, which had a very strong focus on partnerships, particularly due to their work with migrant communities, aboriginal groups, and vulnerable members of society. This was an organisation very close to my own heart, and one that I was extremely proud to be part of due to their strong commitment to partnering with and empowering local groups in the communities they serviced.

When I chaired the Hazelwood Mine Fire Community Recovery Committee, which was setup in the aftermath of the 2014 fires, I also had to liaise with numerous groups of stakeholders: from government departments, to politicians, community service organisations, business sector and the wider community. In what was a very complex, sensitive and emotive environment, ensuring a strong moral framework and vision underpinned everything I did was critical to ensuring the best outcome for the community.

My weltanschauung is underpinned by an overriding focus on morality. To me, everything we do in business, politics, or life, should be looked at through a moral lens. As such, moral leadership is something I am extremely passionate about, that is being a leader and the influence it brings, comes with many responsibilities.

Leaders can help challenge the status quo, drive change, inspire others and unite people – and with this power also comes the responsibility to ensure that this is done in a moral fashion and towards a moral purpose. Leadership can be a lonely, challenging and sometimes sacrificial path, however even in the face of adversity leaders should never be pressured to act contrary to morality – having the courage to be a leader requires the courage to act morally no matter what.

At 3-year-old kinder I was sad that all the chickens, guinea pics, geese and animals were locked up in a tiny hut so I let them all out. I don’t think they got them back, so I got in BIG trouble for letting them out!

Animal rights is still a strong issue for me! Pretty much everything I do is informed by a strong moral foundation and framework. I believe philosophy and moral theory has a fundamental role to play in business, work and life – it should underpin everything we do.

What drew you towards studying Philosophy?

I struggled at high school because I was frustrated by having no choice is what I studied. But, I was an avid reader: books upon books, mostly non-fiction, all the things that have inspired what I’m doing now.

I had a chat with some of the teachers around what I was going to do in Year 11 and 12 and came across the Monash Enhancement [now Monash Extension] program, where you could study a first year subject whilst still at school.

As soon as I started, I was like, “Wow!” I just ploughed through all the philosophy material. I loved it. It was the one subject that I really enjoyed and actually learnt so much more out of it. I realise now that everything that I’ve done I learned from philosophy; it has really grounded what I do. From there it was natural transition. I also gained things like logic, reasoning and having strong evidence bases before making decisions.

What were the top highlights for you in studying at Monash?

I loved the passion from the academics – different to what I had experienced before. What they loved was imparting their knowledge and learning from the students with a two-way approach, which I found a lot more fulfilling. I saw with the mix of students at Monash – especially with mature-a ged students and those from other backgrounds  – that the academics were willing to admit when they didn’t know things, or if a student who worked in that sector for a decade knew more than they did. So the educator was more a ‘curator of ideas' as opposed to being an expert.

What I liked best about Monash was the flexibility. I was involved in the Early Athlete Support Program [now Elite Student Performer Scheme], which assists students juggle their workload and sporting commitments. I would’ve had to defer otherwise. It gave me access to the gym, given some of the trips I did [exploring] meant I needed to be in  peak physical condition. 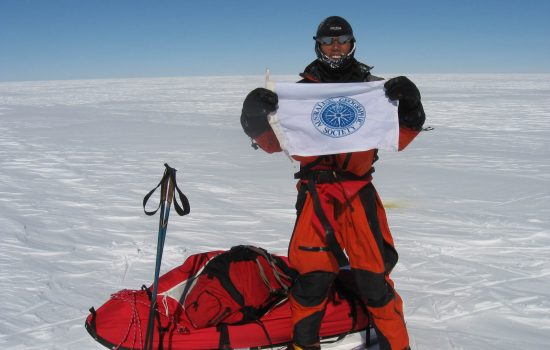 How did exploring come into your life?

I really just wanted to get out and explore the outdoors and I started off with bushwalks – putting yourself in perspective of the wider world and how small you are. But there’s only so far you can get.

So I started skiing, kayaking, and as part of the exploring I wanted to learn about what other communities were experiencing, including things like the impact of climate change. There’s also the strong introspective aspects to exploring, around willpower and endurance. I felt the outdoors was almost a university of life for me.

I also wanted to do something valuable and meaningful. At the time, there was a lot of research on the impact on islands near Australia, but groups out on the arctic icecaps were inaccessible so their concerns weren’t being addressed. I thought, “what could I do around this?” I wanted to document the livelihoods, customs and cultures of these people that may be lost as well.

Can you tell us more about one of your expeditions?

In 2009 and 2010, I undertook the “Steppe By Steppe — Side By Side” expedition in Central Asia, traveling on a Quike touring quadracycle with Megan Kerr. We travelled from Astana, Kazakhstan through Uzbekistan, Tajikistan, Kyrgyzstan and China.

It was about changing the stereotypes and learning from other cultures and perspectives on life – what I could share and bring back to Australia and vice versa. Meshing and swapping of concepts and ideas. Sharing of ideas – one of the best ways of learning. Even if you’ve got different ideas, you’ve got robust debate and discussion. 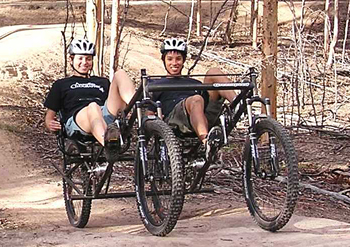 In one of the areas, they had mud ovens that have a finite lifespan and take quite a bit of work to make – they are each hundreds of kilos of clay. They are there to feed an extended family.

One day one of them broke down. I asked what they were going to do? They just said we’ll have a dinner tomorrow and everyone will come around to help fix/build it, then we’ll have a dinner together. That made me think, if my washing machine broke down, do you reckon I could call on all these random strangers? Do I even know the person two doors down?

So learning all these things was quite telling for me.  It was nice reflecting on that – and what we have in Australia. You think you have large social media following and you realise how superficial a lot of that really is.

You’ve accomplished so much professionally and as an explorer. What’s next?

My life, at the moment… We had our first baby in October!

I really like looking at things from the high strategic level from a systems approach and trying to coordinate things. I sit on a lot of boards, I find it a great way to be able to contribute at a broader level too.

In terms of the contribution I can make to society, I find that really valuable. My next challenge is to balance all of these things and maybe get some sleep. But then they say if you want to get something done  – give it to a busy person!

You were part of the Monash Alumni Mentoring Program. What advice do you have for students?

It’s also about lifelong learning and sharing with others – it sets you up for life. The most important things I learnt through University had less to do with hard skills like economics or business, the key things l learnt were critical thinking, reasoning and teamwork  –  the things you really need in life that aren’t about doing exams and assignments, it’s about the skills you acquire.

That’s what I found really useful at Monash which I see changing around the sector now, it’s really about developing those soft skills and not just the hard skills.