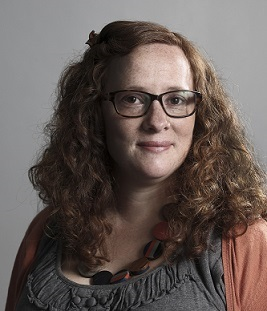 We're delighted to host Dr Hannah Lewis, Vice-Chancellor’s Fellow at the University of Sheffield who will present findings from her research on ‘Modern slavery and human trafficking: The re-emergence of the intersection of faith and slavery in post-secular contexts' at the next Monash Criminology Seminar series, Tuesday, April 10, from 11-12pm, Menzies Building Room N502.

Her presentation will explore the 21st century re-emergence of the intersection of faith and slavery in its ‘modern slavery and human trafficking’ guise. The rise of ‘neo-abolitionism’ emerges from a nexus of faith, (modern) slavery, and human trafficking in a context of the UK’s changing religious landscape and growing welfare pluralism in times of austerity. The new assemblages of faith based organisations operating in secular welfare provision can be seen as creating new forms of post-secular partnerships. Nevertheless, the faith/anti-trafficking nexus at times reproduces discursive constructions of deservingness and dependency that are especially acute within gendered anti-trafficking efforts to tackle ‘modern slavery’.

Hannah will set out the context and conceptual framework of a new ESRC study that aims to understand the role of faith based organisations in anti-trafficking. The project is designed to explore anti-trafficking responses in three terrains of action: support for trafficked persons; campaigns and public awareness; government and statutory responses. The paper will sketch the rapid growth in the number of faith-based organisations and their diversity of roles in the anti-trafficking sector. Abolishing modern slavery has achieved international policy consensus. Against such a backdrop, rather little is empirically known about the particular assemblages and affective atmospheres created for trafficked persons in either faith-based or secular anti-trafficking settings, and how particular faith-based constructions of trafficking may affect the wider project of ‘ending modern slavery’.