What would happen if the ancient trepang industry that connected Indonesia and Australia from the 1700s until the early twentieth century still existed today?

This question popped up in my mind after listening to Professor Alistair Paterson’s recent presentation on archaeological research in Kayu Jawa, in the Kimberley region of northern Australia. Paterson and his research team are examining the history and archaeology of colonial contact and settlement in Australia’s northwest, and Paterson shared his recent findings as part of the Global Encounters network’s monthly seminar series.

“What we see in the modern world as fly-in-fly-out, or FIFO, was practiced by the Makassan trepangers through sail-in-sail-out or SISO,” explained Paterson.

People from Makassar, Indonesia set sail to the northern coastline of Australia to collect and process trepang, a marine animal found abundantly on the shallow seabeds off the coast. Trepang is a popular and prized ingredient in Chinese cuisine. The trepang industry connected Chinese merchants, Makassan trepangers and Aboriginal communities for at least 300 years. Whilst the Chinese merchants would eagerly wait for the commodity to arrive at Makassar Port, the Makassan trepangers would set their SISO calendar every year: sailing south out of Sulawesi Island, fleets of boats called praus visited the coast of northern Australia, arriving with the northwest monsoon winds in October and November and sailing home when the southeast winds blew several months later (Berndt and Berndt 1947: 133). To the trepangers, the Kimberley and Arnhem Land were known as Kayu Jawa and Marege’, respectively (Clark and May 2013: 1).

One can imagine how busy Makassar Port and the northern Australian coast must have been each time the fleets departed and arrived, as sail-in-sail-out became the common practice for the Makassan trepangers. In today’s context, the mining industry often uses fly-in-fly-out in rural areas rich in natural resources. FIFO provides opportunities for jobseekers to work in remote areas without needing to relocate, while in the ancient trepang industry, SISO provided jobs for Makassan sailors, divers from Bajau, and crews from Timor, Maluku, Papua, Java, and New Guinea. 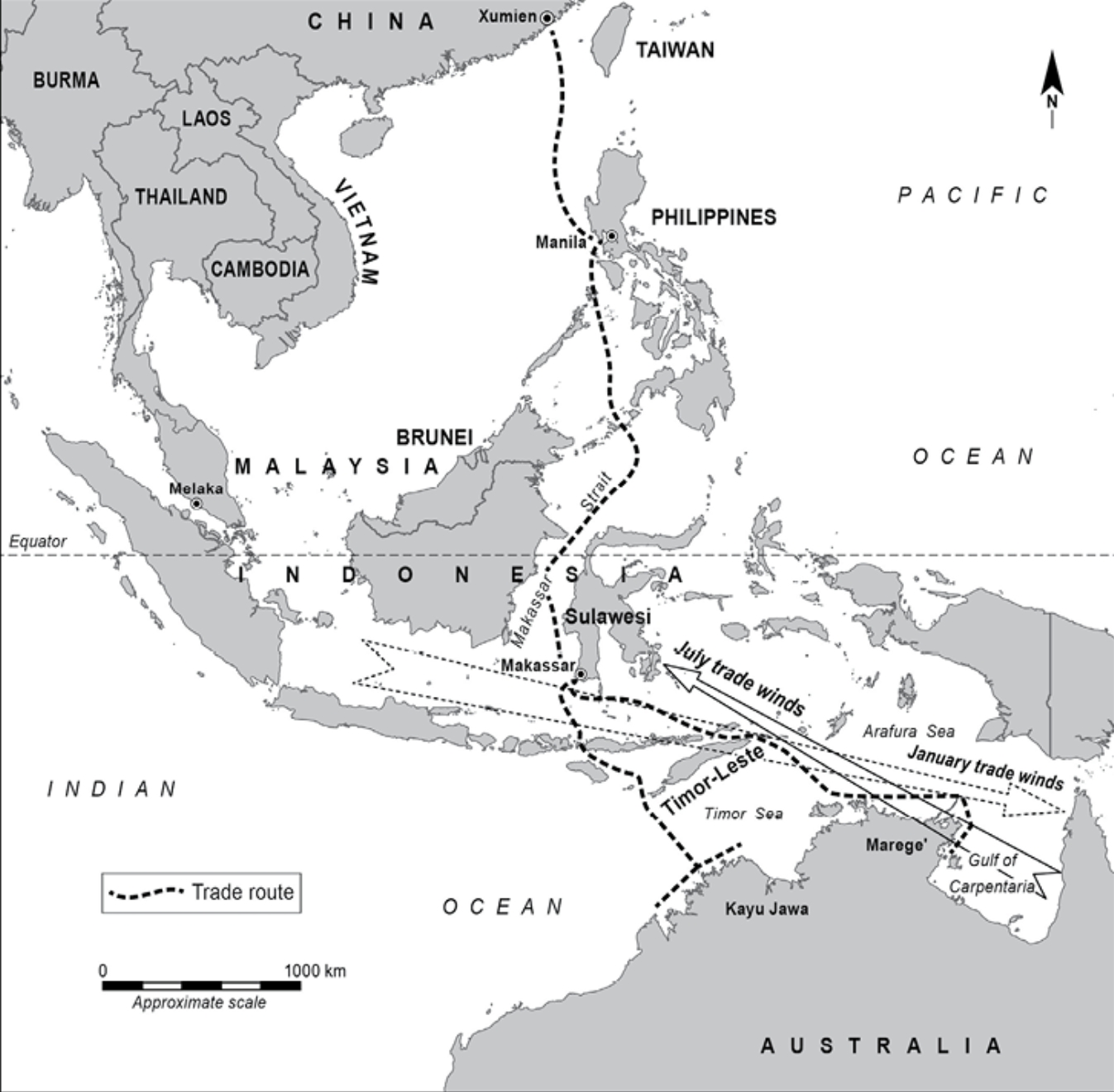 Taking the parallels between FIFO and SISO as an entry point to build an alternate history, here’s three things that I could imagine in modern Australia if the trepang industry still existed today: 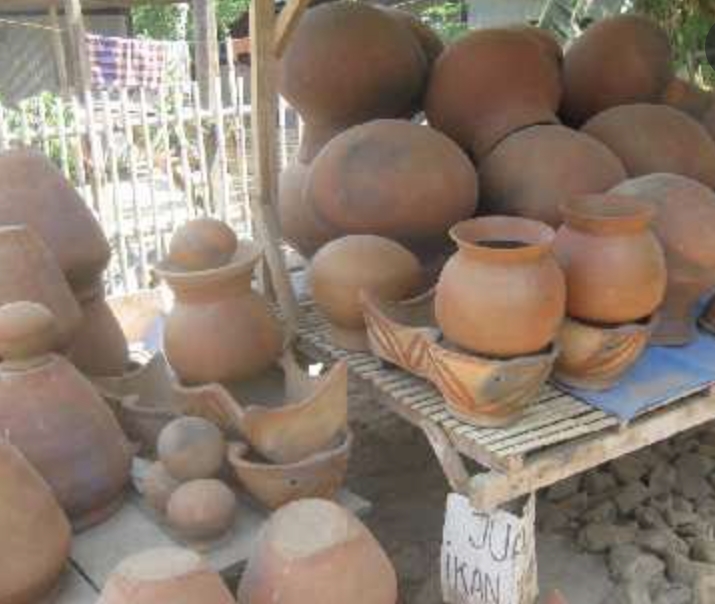 Pottery sherds found on the north Australian coastline have become evidence for the presence of Makassan trepangers in Australia’s top end. The trepangers used clay as well as iron pots to cook rice and other meals in their praus. In the twenty-first century, I imagine that trepangers would use a rice cooker. For many Indonesian and other Asian migrants to Australia, the rice cooker is a must-have cooking appliance. Rice is a staple food for many Asian communities, and we normally eat rice for our breakfast, lunch and dinner. 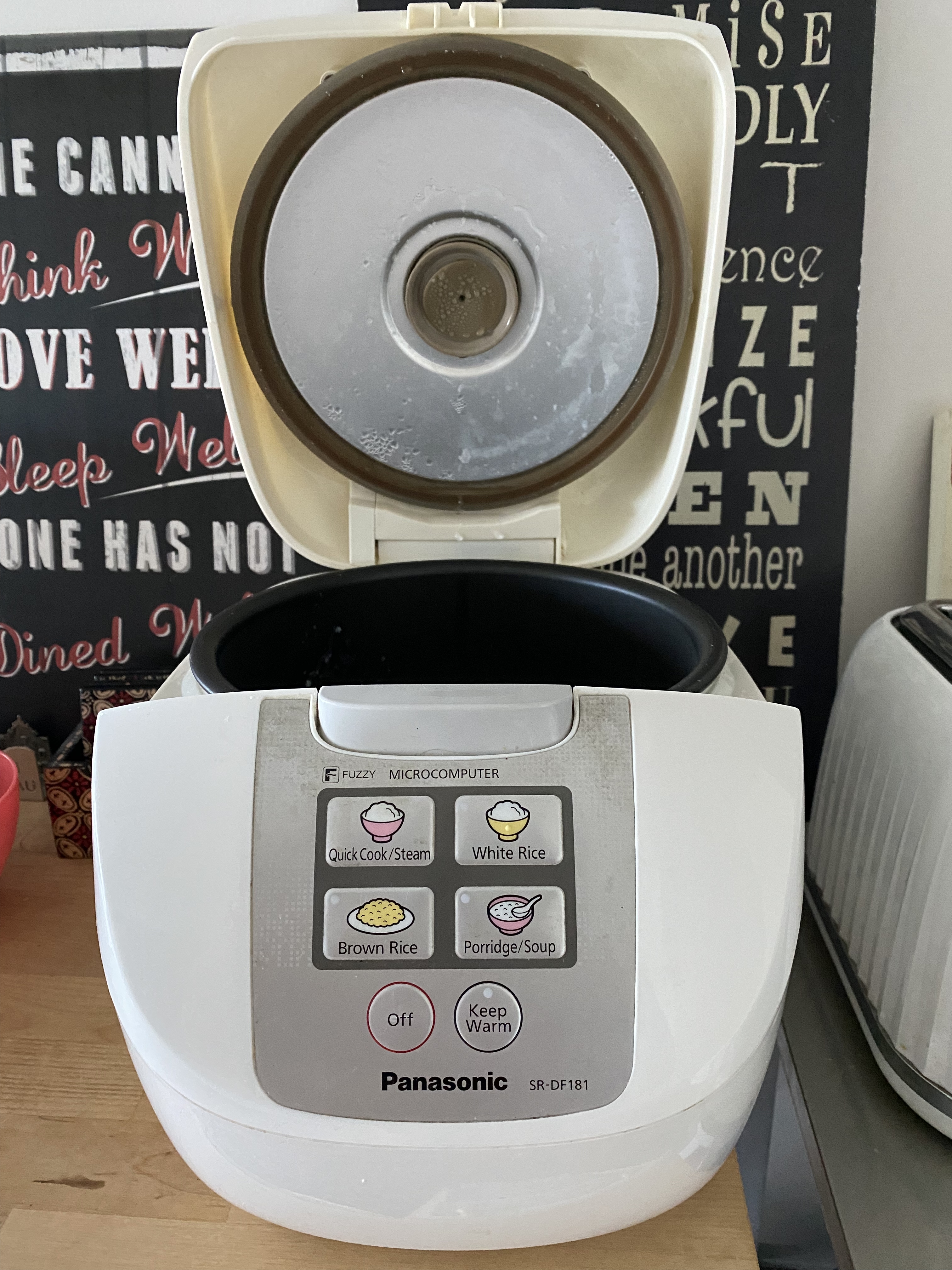 While working away from home, FIFO workers usually have their accommodation, meals and some recreational activities covered by their employers. The pay is also significant to make up for the inconvenience. The Makassan trepangers, as SISO workers sailing on yearly return visits, set up temporary villages and processing sites at sheltered beaches along the northern Australian coast. They built their own accommodation, bringing their own materials to build shelters with, such as mats made from palm leaves, roofs made from nipa palm leaves, rattans, and bamboos. Exchanges of goods are included in the stories of friendship between Makassan trepangers and Indigenous Australians on the northern coastline. Kaluru’ – a loan word in Yolngu Maltha (Yolngu language) – means cigarette. One of the popular family stories among the Yolngu community tells of trepangers and Indigenous people sitting down by the beach, watching the sunset together and enjoying the kaluru’ to celebrate the end of a trepang season. This was like a farewell party for the Makassan trepangers, with the hope that they would return next year. 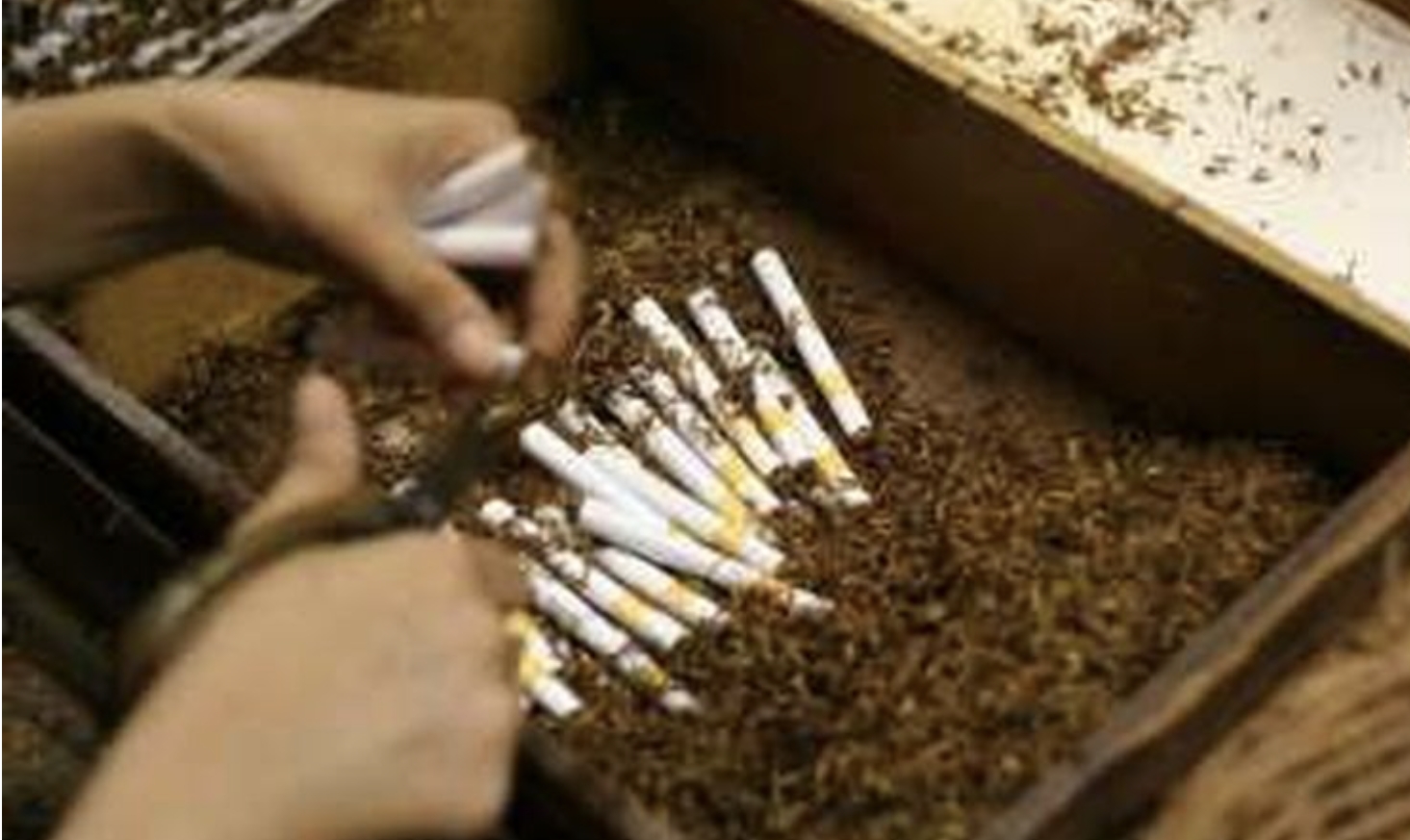 No doubt, if the trepang industry still existed today, Makassan shops or perhaps Makassan Town would emerge in Yirrkala and other areas on the northern coastline, similar to China Town at any major Australian city. And vice versa, one could imagine the presence of Indigenous Australian shops and art galleries on the busy streets of Makassar.

According to Campbell Macknight (1976), trepang from Marege’ made up the largest part of Makassan exports and of the total imports into China (Macknight 1976: 14-16). The trepang industry in Australian waters was comparatively large and well organised. At the height of the trade, as many as sixty praus carrying between 1,000 and 2,000 Makassans spent four to five months of the year gathering trepang. The product fetched considerable amounts of money in Makassar for the fleet financiers, who enjoyed high social standing in their community, while shipping to southern China was handled by the Chinese businessmen living in Makassar. 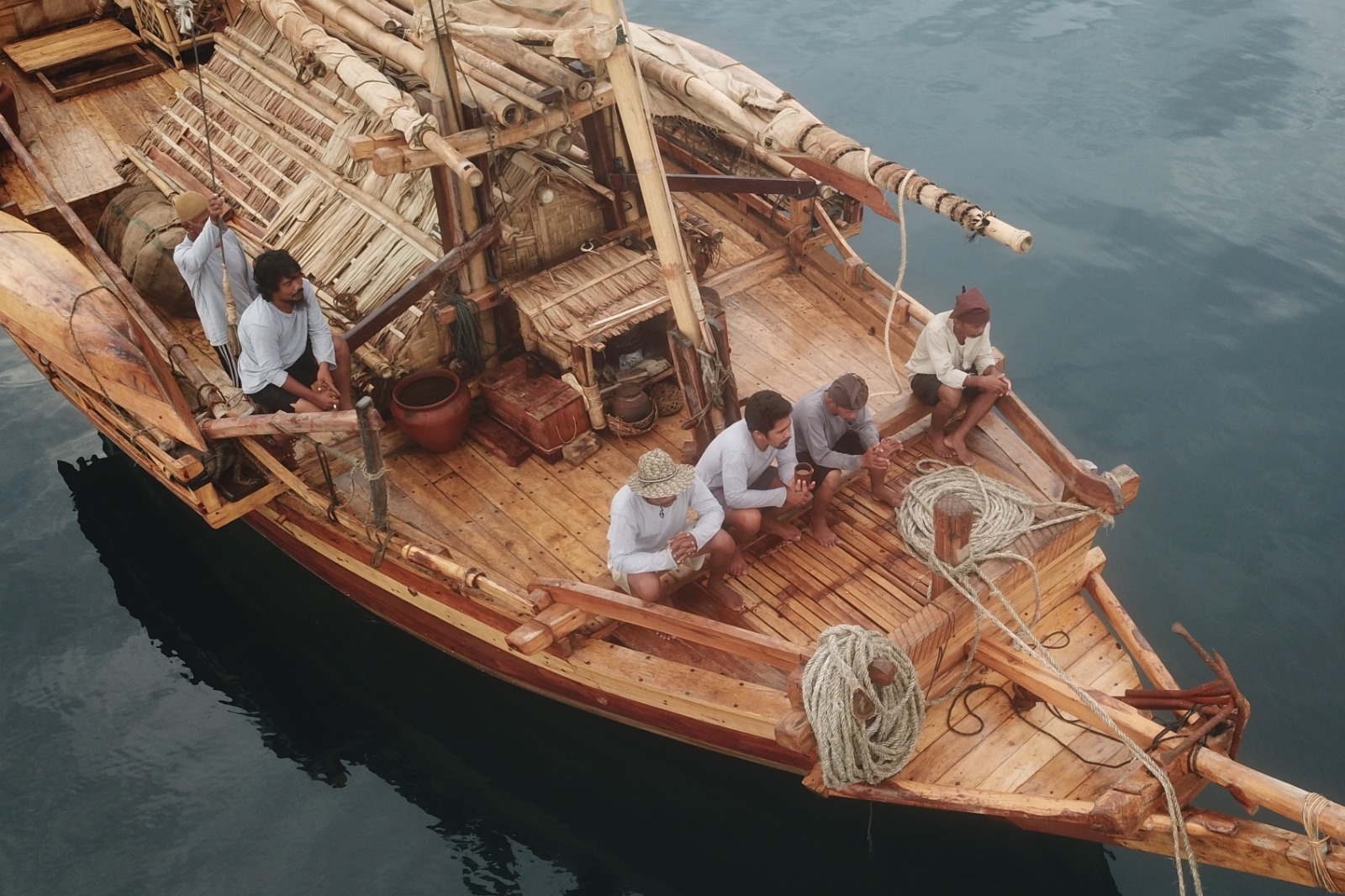 If the trepang industry still existed today, one of the main characteristics of a northern Australia – eastern Indonesia bilateral relationship would be the setting up of a Business Council, arranging business agreements and endless business meetings. And for sure, beyond the Indonesia – Australia economic partnership, there would be a trilateral business framework with China.

The robust partnerships in trade would have certainly been followed by people-to-people networks and cultural exchange programs and initiatives, and would have made a significant contribution to the economic, cultural, and social relationships, not to mention the stability and security, of the entire Asia Pacific region.

Had the trepang industry continued, it might have led to an alternate history of the relationships between Indigenous Australians and people in neighbouring countries and the rest of the world. However, after the 1906-07 trepang season the South Australian Government banned trepangers from Makassar in order to protect Australia’s ‘territorial integrity’ and to encourage a local trepang industry.

The last prau to visit northern Australia from Makassar departed Arnhem Land in 1907.