Thinking About Encounters While Isolated

In February Dr Leonie Stevens and I spent two wonderful weeks in Fremantle, Western Australia, undertaking a Dutch reading course for historians. This course was to help us with our new project. Perched on the top floor of the Western Australian Maritime Museum, we concentrated on our lessons with the occasional distraction of an incoming tanker, container ship, and even a cruise ship. The news flickered with stories of Coronavirus, mostly in China and Europe, and dozens of ships from these regions were lined up waiting to enter the harbour once they were cleared. On a Sunday we took the ferry to Rottnest Island, which local Noongar people know as Wadjemup. Rottnest, or as it appears on Willem de Vlamingh’s charts 't Eylandt 't Rottenest (Rats’ Nest Island), was named by de Vlamingh in 1696, implying he took the quokkas, short-tailed scrub wallabies, to resemble giant rats. These were the sorts of observations we had hoped to soon be reading in the Dutch and other records of encounter – glimpses about the people, their land, and its fauna.

Two months later, in April, we commenced our Global Encounters and First Nations Peoples Australian Research Council Laureate Fellowship program, and we managed to coincide it with the announcement of the COVID-19 global pandemic. Instead of excitedly hitting the archives throughout Australia, as well as Makassar in Indonesia, and Europe, we found ourselves in lockdown, and home isolation. In place of hallway conversations and incidental tearoom chats, we have had to content ourselves with a half hour catch-up on Tuesdays and a Friday debrief. All, of course, conducted by Zoom. But beyond the immediate, palpable, and quotidian, the lockdown and isolation have also provided us with space and time to reflect on our task, and contemplate our next moves.

There is something especially sobering about being in lockdown and undertaking a study on encounters and highly mobile people. I have always regarded myself as an experiential historian, frequently doing my historical research either in place or with historical objects. When researching ocean voyages and whaling I took dozens of whale hunting (well, whale watching) trips, and I visited old whaling stations, sealing grounds, and countless museums. Among the detritus of these activities, or bobbing on the ocean, I could experience history and feed my imagination. The global pandemic of 2020 has curtailed travel to the extent that, particularly here in Melbourne, we have literally been nowhere and seen nothing!

The Global Encounters team is tabulating and analysing the records for Australian encounters, using European records from Dutch, French, Spanish and Portuguese voyagers from the 16th century onwards, alongside the Makassan-Chinese maritime economic networks. We are also interested in potential Polynesian visits on the east coast.

In addition to the usual archival research, we are also delving into non-traditional resources, including oral traditions, rock art images, linguistic evidence including loan words, botanical and archaeological evidence, museum collections, disease, and other genetic factors. We are looking at both sides of these encounters, examining Indigenous stories, narratives, and traditions from mainland Australia, Tasmania, and the Torres Strait associated with the arrival of people from the sea. Our focus during lockdown has been published or online sources.

When contemplating sea voyages, one of the things that I’ve become really interested in is consideration of the ship or the prau as a ‘site’. If people travelled to Australia from South East Asia, what did they bring with them? People, animals, plants, food, and water were all likely cargo. Six hundred years ago, the Dutch ships of the Vereenigde Oostindische Compagnie (VOC) must have contained great flagons of water, beer, wine, food, and animals, grains and rice. The massive praus of the Makassan fishers brought food, tobacco, water, tamarind, cloth, metal, ideas and even religion. People set off on these long voyages not knowing precisely when they would reach land, and their vessel needed to function as a floating home. At sea the crews would have experienced intense, even cramped conditions simultaneously with isolation. Innovation and improvisation must have been their constant companions, and I venture to suggest that these have been the first things we have all learned from the Corona pandemic. When you cannot travel to archives and are dependent on extant online sources, you discover just how innovative and capable of improvising you can be. Simple things like online mapping programs and amassing a shared database of references have proven to be truly valuable.

Next year as a group we plan on visiting the replica of Willem Janszoon’s ship, the Duyfken or Little Dove, which will have been relocated to Sydney and the National Maritime Museum, from its previous home in Fremantle. Commemorations like this and other simulations of history form just one of our very many areas of interest. The Duyfken visited neither the Sydney region nor Fremantle. In 1606 the original Duyfken first sailed into Australian waters across Northern Australia as she wound her way from the Spice Islands, Banda, Aceh, and Papua, heading south and sailing into the Gulf of Carpentaria. Interactions with the local Tjungundji people were violent, and marred by clashes. These two people, two worlds, two nations could neither understand nor properly communicate with each other. In contrast to the Duyfken’s violent clash, Indonesian fishers enjoyed centuries-long and generally cooperative engagement among Northern Australian communities. Currently moored in Arnhem Land is a reconstructed Makassan prau, the Nur Al Marege (Light of Arnhem Land) by the Abu Hanifah Foundation. In our desire for experiential history, we hope that post-COVID we might voyage on the prau on a day trip, in either Darwin or Sydney.

Our February Dutch course, taught by the extraordinary Professor Robert Cribb of the ANU, was punctuated by the comings and goings of great ships into the port of Fremantle. As such we were reminded that although our quest was to find the archives, the stories, and narratives, we would also contemplate the ocean’s role in these encounters. Although our start has been interrupted as COVID-19 momentarily beached us, our hull is not ruptured and we remain confident that our journey into the world of encounters is merely delayed, and that we shall soon be sailing on smooth seas. 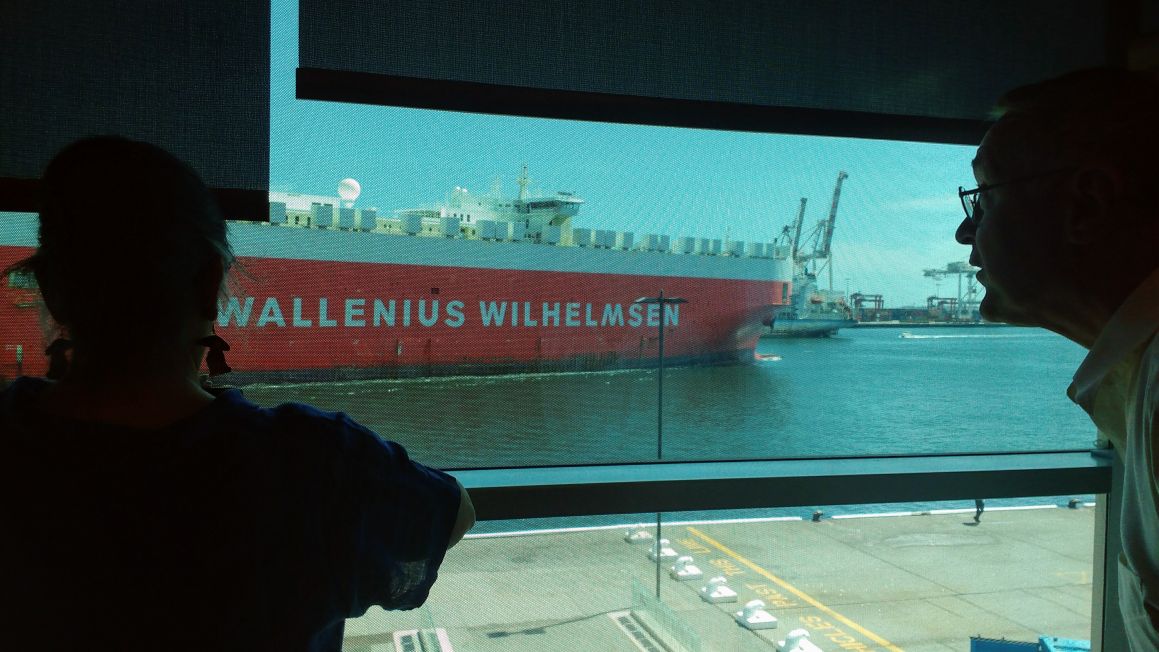