The Jock Marshall Reserve, often referred to as the JMR, was established in 1961 to provide an education and research resource for environmental studies on campus. The reserve was established by and named after the Foundation Chair of Zoology and Comparative Physiology Professor Alan John 'Jock' Marshall. The JMR is situated at Monash University, Clayton Campus.

The land on which Monash is built

Who was Jock Marshall

The land on which Monash is built

Monash University is situated on land that was traditionally occupied by the Bunurong people from the Kulin nation. The landscape in Clayton has experienced two significant changes over the past 200 years. The first was the gradual transformation of the natural heathland by graziers, agriculturists, and sand miners. Following this period of vegetative change, the area underwent a period of development, from rural to residential and industrial.

The area of land was designated as Crown Land by the State and in the early 1840s, 40,000 acres were leased to John O'Shannessy for the purposes of a squatting run. Over the next 60 years, the land was subjected to further transformation with a gradual yet constant disappearance of the once widespread heathland that was subsequently converted to farmland.

In 1905 the Talbot Colony for Epileptics Act was first read to the Legislative Council and was finally passed in 1906 by the Victorian Government. Construction of the colony was delayed for several months when a location for the colony could not be agreed on by the Epilepsy Colony Committee (ECC) and the Premier (Mr. Bent) who had offered several parcels of land in the outer regions of Victoria. Just when the ECC was beginning to lose hope of finding an adequate site for the colony James Mason from Brighton offered 174 acres of land in Clayton. On the 9th of August 1906 amendments were made to the 1905 Epilepsy Colony Act to include the title of land donated by Mr. Mason and the land was thereby named Mason Meadows and the Act passed as The Talbot Colony for Epileptics Act 1906.

There are early references to the land that was to become the Jock Marshall Reserve from the residents of the Talbot Colony. A newspaper clipping from the Melbourne "Argus" 26 May 1908 reflected on the living conditions of the residents in the colony. It indicated that the land was fertile and that much work had been done by the men to get the soil ready for the planting of vegetables. It also indicated that the residents were allowed to rest on Saturdays and Sundays often venturing to the lush native bushland that fringed the colony.

In 1957 the then Prime Minister Sir Robert Menzies commissioned the Murray Report which was to look at establishing a second university in Victoria. Monash University was established by an Act of the State Parliament - The Monash University Act 1958. Although it took the Victorian Government many years and several committees to bring Monash University to life, hopes of a new university had been circulating for decades. As a result, even before the Monash University Act was passed, sites and general locations for a possible second university were being suggested to the Education Department. Several locations were proposed as early as 1956 in metropolitan Melbourne and rural Victoria. Locations that were considered in the final 12 included: Whittlesea, The Caulfield Racecourse, The Kew Mental Hospital Reserve, and the adjacent Metropolitan and Huntingdale golf courses.

A decision to build the university on the land occupied by the Lady Talbot Colony was made in November 1958. In 1959 the State Government acquired the land in Clayton and offered in exchange, 58 acres of land bounded by Yarra Boulevard and the Chandler Highway, Kew, tenure to be secured by an unconditional Crown Grant.

Who was Jock Marshall

Alan John 'Jock' Marshall was born on 17 February 1911 in Sydney, Australia and was the youngest of four children. The nickname ‘Jock’ came about because of his ambition to become a jockey growing up. He soon became too tall for such a career reaching 5’11”. Shortly before his 16th Birthday he carelessly shot off his left arm mishandling a shotgun. He overcame his disability and pursued his passion for nature and gained extensive knowledge on the natural history of Sydney. His investigations gained the attention of journalist, ornithologist and encyclopaedist Alec Chisholm, who put him in touch with the Australian Museum (honorary fellow, 1934).  Jock Marshall also served in world war II. Despite initially being rejected by the Australian Imperial Force in 1941 because he only had one arm, the AIF eventually accepted him in 1942 and he served until the war ended in 1945. After the war, he continued his pursuits in biological sciences.

Nearly 20 of Jock's 56 years were spent in other parts of the world pursuing a career in Biology. He joined many expeditions over that time including an expedition to the Arctic circle. Jock Marshall eventually came home and settled in Australia.

Whilst plans were being developed for the infrastructure of the university, the council had set about acquiring the staff. It seemed like a random chance that Professor AJ 'Jock' Marshall should come to a university named after the engineer and brilliant leader of the Australian troops in World War 1. Jock Marshall had himself served proudly in the army.

Professor Jock Marshall joined the university as the Foundation Chair of Zoology and Comparative Physiology. He was only the third professor appointed and at the time the Department was merely a half-share of a room in an old cottage which was then the centre of academic activity.

A.J. Marshall, Professor of Biology, was a man of strong convictions who persuaded the Board very quickly to adopt many of the ideas which he had evidently developed in his years of exile from Australia. His views on all sorts of topics were expressed with vigour and a considerable command of invective in the certainty that he was always right.

Jock Marshall was passionate about the campus and had a vision for the landscape. He insisted that the university should have a masterplan for the grounds and that walkways should be named after old and historic European schools. He was also passionate about a native planting scheme for the campus and reserve. Many of the trees that line the walkways, streets, and squares are remnant plantings that were made in the early 1960s. 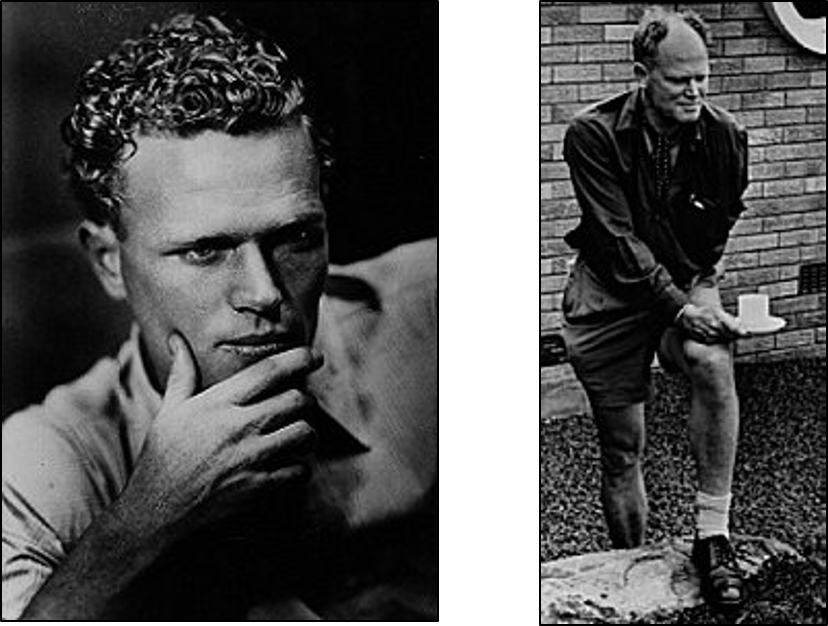 During an early visit to the campus, Professor Marshall noticed what appeared to be a remnant patch of scrub and trees with a healthy gully running through it. Unfortunately, the University architects had planned the construction of the new University Regimental Barracks on the same area of land. Jock Marshall insisted that this would be a great opportunity to establish a zoological reserve for the Department. Following several heated meetings and memos with the Vice-Chancellor, Jock was successful in his battle and in 1961 3Ha of land was assigned to the department. The land was fenced to protect its boundaries and established as an education and research reserve for environmental studies, and was called “Snake Gully”.

Jane Marshall, Jock's wife, recalled an incident in his biography that had occurred shortly after the decision to set aside a portion of land for the reserve

One day Tim Ealey, a Zoology lecturer, was supervising the removal of Hawthorn in the gully. He was astounded to find bulldozers coming right in among the trees, and tore back to the Department to inform Jock - 'Another person might have written a terse note to the Vice-Chancellor and the trees would have been gone before he received it. Not Jock. We raced back to Snake Gully, pulled out all the survey pegs that we could find, and scattered them about' - They left the bulldozers baffled and confused. Jock Marshall sadly passed away from cancer in 1967, his wife and their son and two daughters survived him, as did the daughter of his first marriage. Snake gully, the reserve he fought so hard to protect, was renamed in his honor.

In February 1964 Graeme Farrington joined the university as an electron microscope technician. Over the years his responsibilities varied, including becoming the vertebrate specimen collector for the department museum, the Limnology field technician, and finally, he was asked to manage the animal house and Jock Marshall Reserve. Over the 45 years of his career at Monash University Graeme saw a succession of changes in the reserve and the department and was a key figure in the development of the infrastructure and vegetation in the Jock Marshall Reserve as we see it today. The main sampling pier "Farrington Pier" in the Jock Marshall Reserve is dedicated to Greame's many years of hard work and dedication to the reserve.