The 'Monash Staff Club' was initially formed in 1961 and in its early days operated on the first floor of the Clayton Campus Centre in the space currently occupied by the Wholefoods Restaurant.

In 1976 it moved to Building 50 (now 32 Exhibition Walk) on the Clayton campus and operated there until its closure for refurbishment in 2013. In the 1970's and 1980's the Club became a busy hub for Monash staff to meet informally, particularly at lunchtimes.

The Club's membership began to decline in the 1990's and by 2010 was becoming heavily reliant on University subsidies. Throughout this period the club was an incorporated members club where membership was via voluntary subscription for Monash staff.

From 2010 to 2013 minor refurbishments were carried out and various other measures were taken to make the club more viable. Unfortunately these attempts did not revive the Club and it was recognised that a major revamp and relaunch of the facility was needed which required complete closure while the work was undertaken.

It was also decided that the 'members club' model would become a thing of the past and the relaunched facility would be a contractor run venue for all staff (ie Monash staff will be 'members' simply by virtue of their staff ID card).

On 28 June 2013 the Club closed for refurbishment and officially reopened under a new operating model on 31 July 2014.

The Princeton Group has been appointed to manage the day-to-day operations of the Monash Club.

The Princeton Group is part of the renowned ST ALi family which has businesses in Melbourne, including two Sensory Lab stores in David Jones and Clement Coffee Roasters in South Melbourne.

ST ALi has been recognised nationally and internationally for the quality of its coffee and is well-known by coffee lovers.

The Princeton Group team are professional, energetic hospitality enthusiasts who understand that great service, quality food and beverage and having the right atmosphere are key elements to ensure you have a fantastic experience every time you visit the Monash Club.

The Monash Club no longer has membership fees and is open to current and previous staff, Higher Degree Research (HDR) candidates, alumni and their guests. Visit us at: 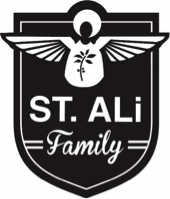