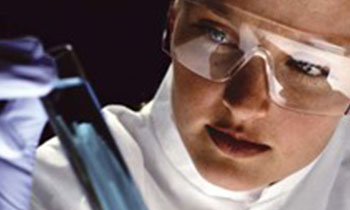 After more than twenty years in the making, the influenza drug Relenza was approved for human use – a milestone for Australia’s scientific community. Relenza was launched as an orally inhaled drug, the first in a new generation of specific treatments for flu. It works by inhibiting the life  cycle of the virus, blocking the enzyme that allows it to multiply. This inhibiting action traps the virus in already infected cells, preventing it from spreading to neighbouring cells and allowing the body's immune system to fight the virus more quickly and effectively. Administering Relenza via an  oral inhaler ensures that the drug is delivered directly to the surface of the respiratory tract, the site of infection.

The project involved Monash, the CSIRO, the Australian National University; Biota Pharmaceuticals is a spinout company that was formed to commercialise the anti-viral drug that is now marketed by the multinational pharmaceutical company, GlaxoSmithKline.