From donkey votes to dog whistles, our election language has a long and political history 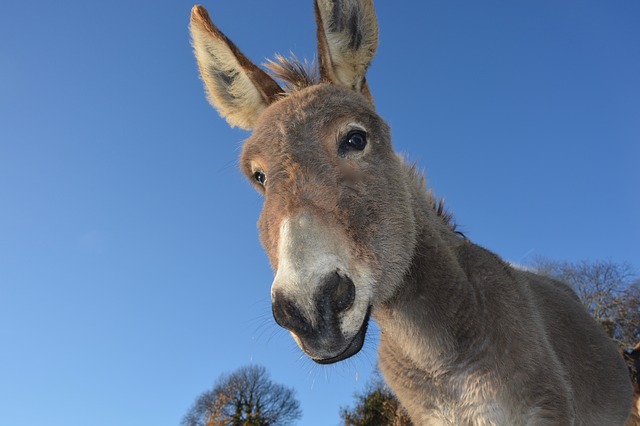 We now know that July 2 will be the day when our politicians, in the words of Alfred Deakin, get dragged from the tart-shop screaming.

We’ll do our part to fill in the lengthy election coverage by looking at language and polly-talk. We’ll cast a close eye on how politicians use language to connect with voters, how language impacts our view of candidates, and, perhaps the most fun of all, the polly-waffles and linguistic stuff-ups along the way. More so, we’ll put political language in its historical and often slippery and weasely contexts.

The best place to start this coverage is the words that form the backdrop to the election. The origins of these stretch from Ancient Rome to the modern United States. But not to be outdone, Australia’s got its own series of words, and has made a few contributions to global political processes, too.

The dazzling togas and open fields of Ancient Rome

The 16th and 17th centuries saw hundreds of classical coinages flood into English. Many related to political aspects of life and were linked historically in different ways to gravitas.

Yet one recurring theme you’ll see in political words is a deterioration in their meanings. Links between foul play and politics have cast many of these words into the vast semantic abyss – if they didn’t already start their linguistic life there.

Candidate is a relative of candid “frank”. Both go back to Latin candidus, “pure white, glistening”. In Ancient Rome those standing for election wore dazzling white togas. White (especially sheeny white) was the symbol of purity and light, freedom from evil intent and later freedom from bias.

Candid is something we’d love our pollies to be, but bear in mind too that the Latin source also gave us candida the yeast-like parasitic fungus.

Campaign goes back to Latin campania, “open field”, but the form that came into English (via French) comes from Italian campagna. The word took on a military specialisation – armies fought better in fine weather, and so when summer approached they emerged into the open countryside (or campagna) to do battle. This meaning of “military operation” gave rise to the political sense in the 1800s.

Interestingly, the word campaign is historically the same word as champagne (as a great filcher of vocabulary, English often swiped the same item more than once). So as you progress through this excruciatingly long campaign, know that you are linguistically justified in seeking solace in occasional glasses of bubbles.

Our final word of Latin pedigree is the little word vote. It derives from vōtum, a form of a Latin verb meaning “to solemnly promise”, and appeared in the English during 16th century with the meaning “grave undertaking” (a sense preserved in vow).

Out of this meaning developed a “wish, desire” sense, which then gave rise to the current election sense – the idea being that someone can signify their wishes by casting a ballot. Like so many words to do with politics, vote eventually took a cynical turn for the worse. In The Devil’s Dictionary (1911), Ambrose Bierce defines it as:

The instrument and symbol of a freeman’s power to make a fool of himself and a wreck of his country.

The salamanders and swashbucklers of US politics

American English has given us plenty of political curiosities. Gerrymander, used to describe the “dishonest manipulation of constituency boundaries”, shows the name of the 19th-century (corrupt) American politician, Elbridge Gerry (governor of Massachusetts) blended with salamander.

Another rather lovely word that’s been making recent appearances on the Australian political scene is filibuster, “a parliamentary procedure where prolonged speaking delays or even thwarts a vote on a proposed piece of legislation”.The inspiration for the blend was the map showing the boundary changes introduced by Gerry – it resembled a salamander in shape.

The word is a linguistic bitser. Historically it’s the same word as freebooter (someone who scores free booty) – both words go back to Dutch vrijbuiter. French adopted the word as flibustier and then passed it onto Spanish as filibustero.

English (“the vacuum cleaner of language”) appears to have sucked up the word in all its different forms but the same meaning – both freebooter and flibooter appeared in the 16th century (“l’s” and “r’s” are notoriously unstable and swap places all the time – grammar and glamour is another doublet with the same origin); the French form flibustier arrived in 18th century and the Spanish form filibuster in the 19th century.

The current political sense first appeared in the US by the 1880s, in part aided by 19th-century military campaigns in Latin America, which were led by “unauthorised” US soldiers known as filibusters. This political sense has well and truly pushed out the earlier sense of “piratical adventurer”.

Pork barrelling also acquired its political meanings in the US, but is now commonly used in Australia for those occasions where marginal seats are said to receive more funding than safe seats. Barrels of salted pork were once treasured larder items and good indicators of a household’s wellbeing, so it’s no surprise that pork barrel came to mean a supply of money.

In the 1800s it then extended to refer to any form of public spending to the community – it’s then that pork barrel politics, at least under this label, fell from grace.

The donkeys and dixers of Australian politics

Finally we leave you with three political D-words that Australia has gifted to the rest world.

There is the donkey vote, where voters allocate preferences in the order in which candidates’ names appear on the ballot paper, giving the top-listed candidate an advantage. In the past, when ballots listed candidates in alphabetical order, the first letter of a person’s surname could impact whether they were selected as a party’s candidate.

Dog-whistle politics is a targeted political campaign message containing some kind of coded significance that will reach only sympathetic voters (just like the special high-pitched whistle used to train dogs is inaudible to humans).

The modern practice itself is rooted in American conservative politics. For instance, Richard Nixon used the phrase “law and order” as a code for a tougher stance on race and anti-war protesters. Yet, the term dog-whistling is often linked to the Australian “master of the dark political arts”, Lynton Crosby, who has led conservative campaigns in Australia, Britain and, most recently, Canada.

Finally, the Dorothy Dix(er) has been used in Australian politics since the 1940s to refer to a rehearsed question asked of a government minister by a backbencher to score political points. Curiously, the expression isn’t known in the US, even though Dorothy Dix was the pseudonym for the American writer, E.M. Gilmer, who apparently made up questions for her agony column.

We can compare this with kangaroo ticket, a political expression not known in Australia but used by Americans to describe a situation where the vice-presidential candidate has more appeal than the presidential candidate. Kangaroos have more weight in their bottom halves, and they also propel themselves using their back legs.

Sorting the roosters from the feather dusters

As our pollies hit the hustings, you might be interested to know that husting is the oldest political term in English. Originally, hus-thing (from 11th-century Norse) referred to a council comprising members of the king’s immediate household.

It was literally was a “house-thing”. The development to the current-day meaning of “election proceedings” involves a series of shifts too spectacular to go into here.

Perhaps another day – it’s going to be a long few months and we have to maintain the rage.

Kate Burridge is a Professor of Linguistics and Howard Manns is a Lecturer in Linguistics at Monash University.