Find out more about the project through infographic and video content.

Conviction Politics: A digital investigation of the convict routes of Australian democracy

Conviction Politics is an international digital history project exploring the impact of radicals and rebels transported as political convicts to Australia on their place of exile, and the patterns of collective resistance by the mass of unfree convict women and women to the exploitation of their forced labour.

In the 18th and 19th centuries, thousands of democratic reformers, rural labour protestors, Irish freedom fighters and revolutionaries were exiled as political prisoners to Britain’s Australian colonies. As convicts, they resisted exploitation through inventive solidarity in the face of coercion, and in turn changed the political direction of the colonies. Conviction Politics traces how these convicts and their ideas helped lay the foundations of egalitarianism, political and social democracy, unions and workers rights and national self-determination in Australia and the UK.

Through archival research, data analysis, documentary, animation and song, the project is producing an innovative suite of digital content exploring these stories and their contemporary resonance.

Based at Monash University, Conviction Politics collaborates with researchers from universities in Australia, the UK and Ireland, and is partnered with a range of museums, archives, and unions.

Read more about the project.

Sally McManus, Secretary of the Australian Council of Trade Unions, will formally launch the project in Melbourne on 2 December, 2021. The event will feature: 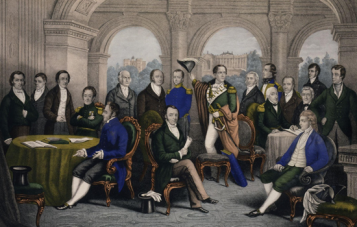 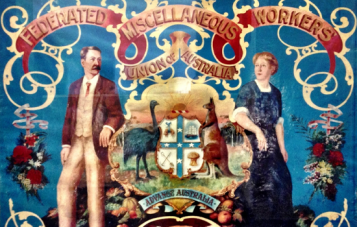 We are pleased to announce the publication of The Low Road from award-winning writer, editor and journalist Katharine Quarmby, a long-time supporter of Conviction Politics.

An international project led by Monash University has found convicts sent to Australia engaged in
collective action for better pay and working conditions as early as the 1820s, demonstrating the
origins of unionism and the labour movement go back further than first thought.

Conviction Politics was selected in 2021 as part of the UK/Australia Season, a prestigious cultural, artistic and educational exchange between the UK and Australia and a joint initiative between the British Council and Australia’s Department of Foreign Affairs and Trade.

The Conviction Politics team will be presenting two panels at the Australian Historical Association conference in 2021, with the potential to screen some finished short documentaries as a session spinoff.