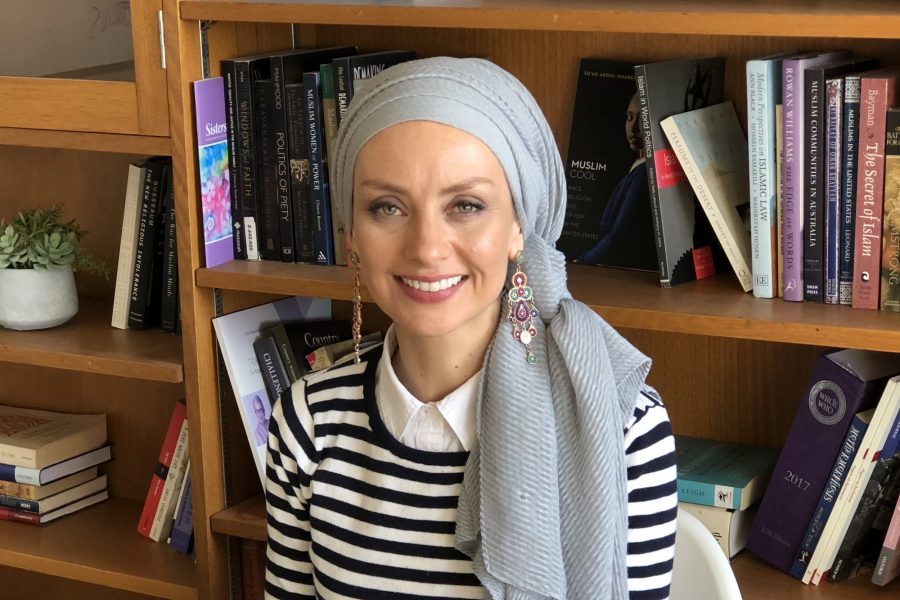 Monash University School of Languages Literature Cultures and Linguistics lecturer Dr Susan Carland is the host of a new SBS quiz show, Child Genius, which will air in November.

The much-anticipated quiz show is a six-part series to find Australia’s brightest child.

The competition, which is presented as a Warner Bros documentary, follows the lives of Australia’s brightest children and their families.

Dr Carland, who is the partner of The Project host Dr Waleed Aly, said the series sent an important message to children that intelligence and hard work should be celebrated, alongside sport.

“So I thought this would be a really good way to make something that is interesting and exciting and that kids could look up to and think, ‘they I want to be like that’.

Dr Carland said there were psychologists, who specialised in giftedness, supporting the children on the quiz show.

“It was really important to me before I agreed to do the show that I knew the children were going to be properly supported because it is a very delicate area and even may have the potential to be unfairly treated or misunderstood,” she said.

“And when the children auditioned for the show, not only were they being tested academically but were also undergoing psychological testing to make sure that they could cope with the demands of the show.

“Just because you are smart or gifted doesn’t mean you will be able to cope with what is what is a pretty difficult and circumstance.”

Dr Carland said the show featured children who could cope with its competitive nature.

“It is stressful, demanding and competitive, and so, we wanted to make sure the kids were ready for that, and that they actually wanted to be doing it, not just getting pushed into it by mum or dad,” she said.

“We made sure there was a psychologist on hand every single day of filming so If the children ever became distressed or things were getting out of hand there were professionals there to help.”