The broad aim of this fundamental research program is to establish new methodologies and concepts for the analysis, characterisation, optimisation and control of complex micro/nano manipulation systems, particularly those based around flexure jointed, piezoelectric actuated mechanisms. The fundamental research conducted at the RMRL concerns critical issues regarding the use of these systems within next generation manufacturing and scientific tools, such as mechanism design, controller development, automation, and haptic user interfaces.

It also aims to establish joint facility between Monash and Deakin University for micro and nano manipulation research. The proposed facility consists of complex/intelligent micromanipulation systems capable of motion accuracies and ranges ranging from the nanometer to micron scale. 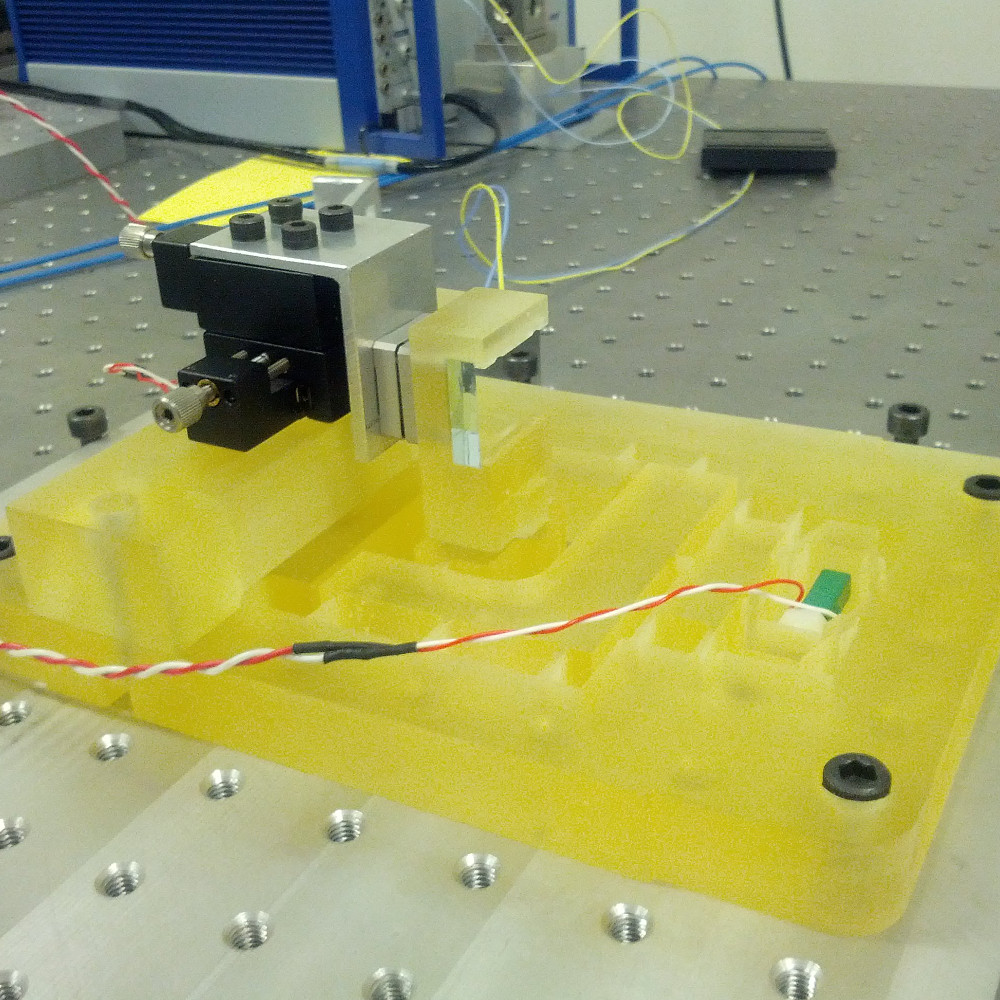 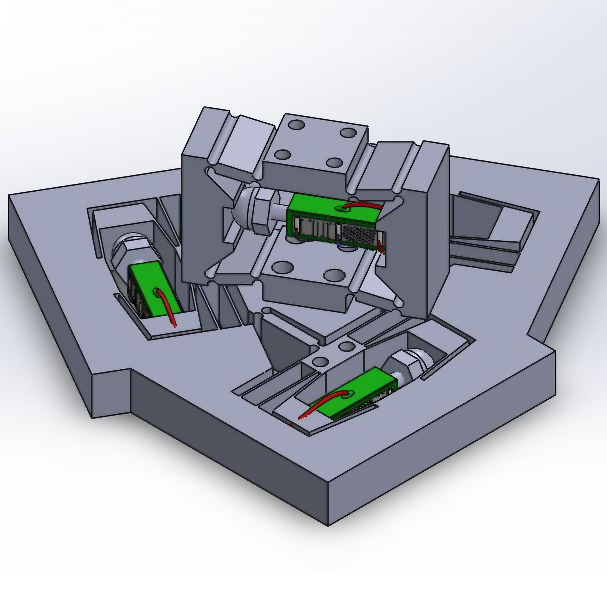 Mechanisms constructed using conventional joints, such as prismatic and pinned revolute joints, are limited in use for high-precision applications due to various nonlinear effects such as friction and backlash. Compliant joints, such as flexure hinges and cantilevers, are an alternative that provide continuous motion, free of these effects, for small motion ranges.

Design of compliant mechanisms for manipulation and positioning is an active research area within the RMRL. This work includes the design, optimisation, kinematic and dynamic modelling, and experimental characterisation of such mechanisms. Mechanisms with one (X, θ), two (XY, Xθ), three (XYZ, XYθ) and four (XYZθ) degrees of freedom have been developed and fabricated within the RMRL.

Applications within atomic force microscopy and manufacturing place increasingly stringent demands upon positioning accuracy. However, despite offering unlimited resolution, high stiffness and fast response, the piezoelectric actuators commonly used to drive such mechanisms also exhibit hysteresis and drift. These nonlinearities make the use of feedback control an essential component of nanomanipulation systems to satisfy accuracy requirements.

Modelling and control of piezo-driven compliant mechanisms is a fundamental component of the RMRL's involvement in this research area. Various control strategies have been formulated to obtain a robust control over the PEA and the manipulation tasks. Due to nonlinear behaviours, conventional PID approaches are often not suitable to cover the working range, hence adaptive and robust control strategies have been formulated, to adapt to the changing parametric conditions or to treat such behaviours as disturbances to the system and provide allowances for such parametric uncertainties. 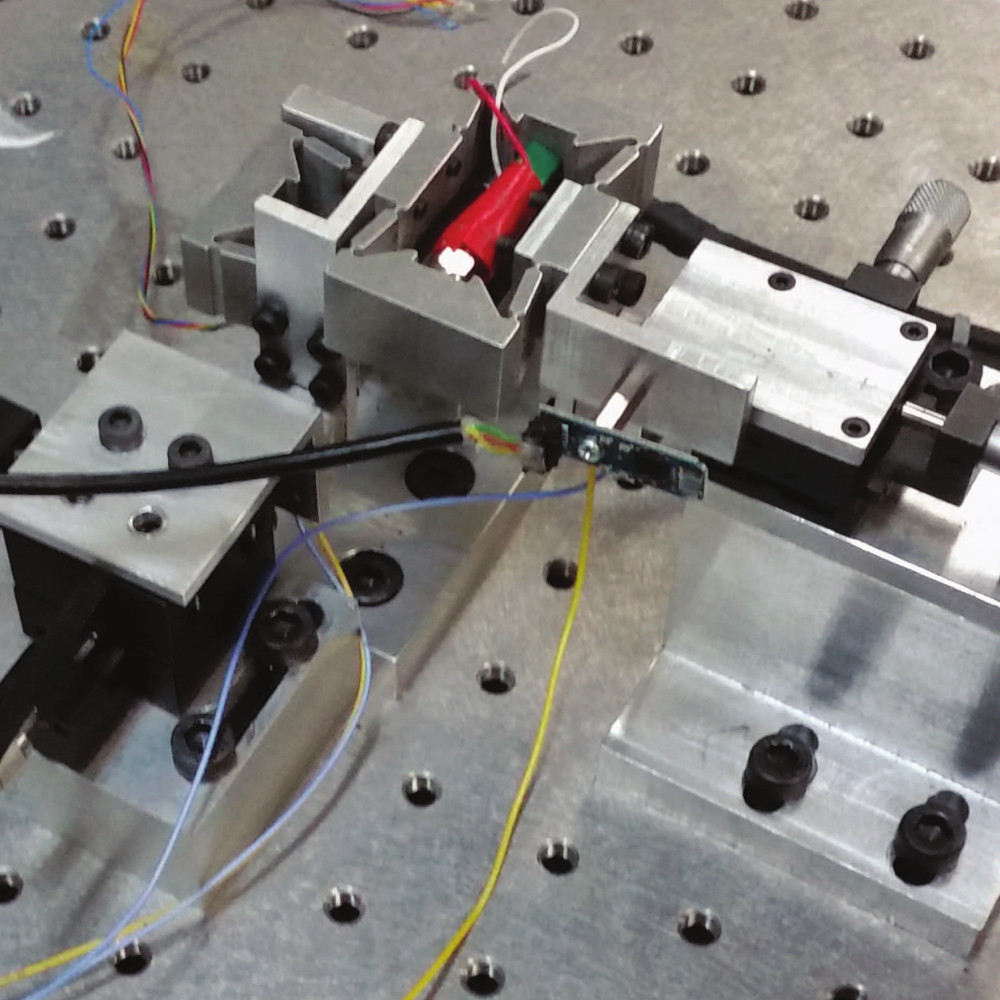 This current research project focusses on the development of novel techniques to enable human users to manipulate objects at the micro/nano-scale. Micro-scale objects behave very differently to the macro-scale ones we encounter in everyday life; surface attraction and adhesion, and viscous damping dominate inertial forces at small scales, leading to an environment that cannot easily be predicted using current tools. As a result a human operator may be preferable to autonomous manipulations. Providing information about the interaction of the manipulation tool with the nano environment is critical, as many of the manipulated objects, such as cells, CNTs, AFM tips and nanospheres, are fragile and can rupture or be destroyed with excessive contact forces.

The development of control schemes to enable a human operator to perform manipulations on microscale requires research to determine methods to enable the operator to best comprehend the structure of the microworld given the limited availability of visual information that normally exists. The introduction of kinaesthetic (force) feedback can improved comprehension when applied forces are scaled to a macro-scale. Current research aims to find new techniques to improve haptic comprehension of the micro scale world to enhance task performance. This research is conducted with a particular focus on achieving transparency whilst maintaining stable operation.

This research focusses on investigating the requirements for high precision control of flexure-based mechanisms capable of performing positioning tasks at the nanometre-scale. Of particular interest are positioners capable of performing both translational and rotational motions. Compared to pure translational positioners, such mechanisms, and the motions they produce, pose difficulties in their fabrication and the measurement of their motion due to the introduction of geometric errors. This project seeks to develop mechanisms capable of three to six degrees of freedom, with consideration of the fabrication techniques used for their construction, and any resultant assembly errors. The project also investigates the design and selection of appropriate sensing methodologies, and their interaction with feedback control systems, leading towards its ultimate impact on the positioning response and accuracy. 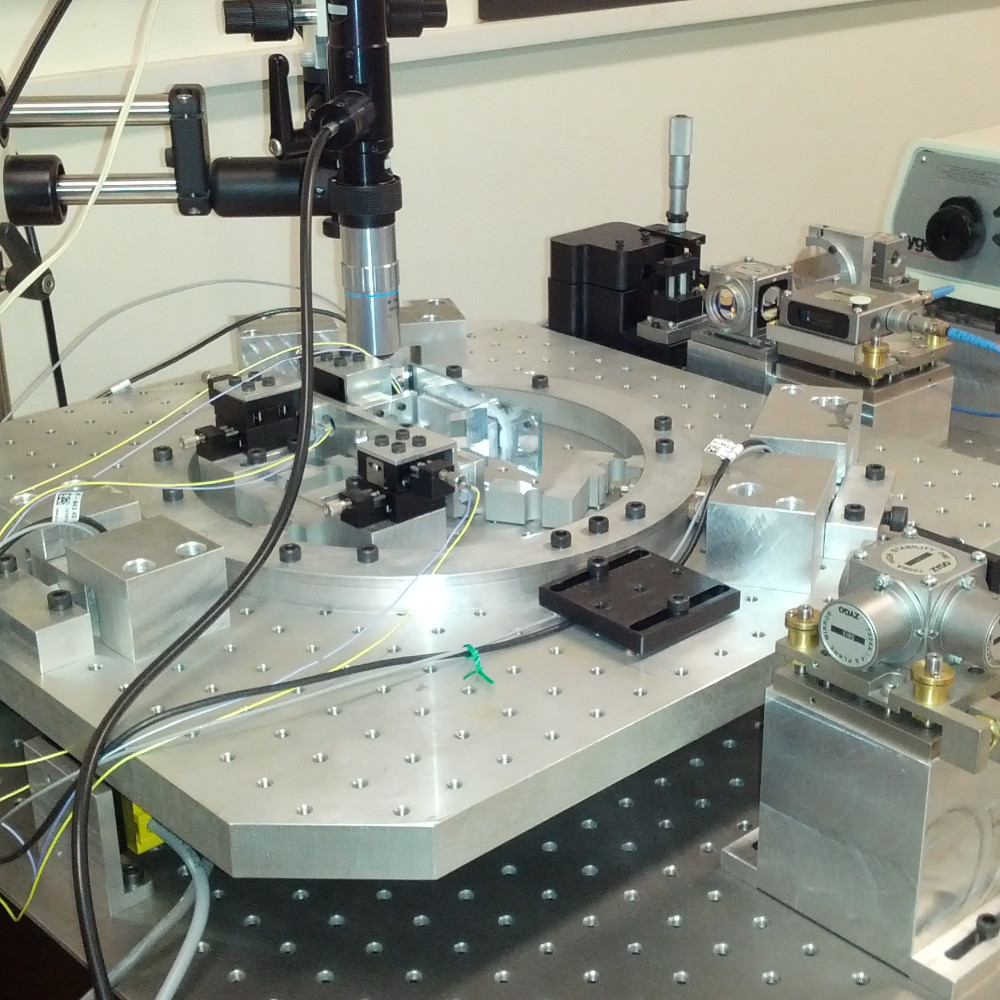