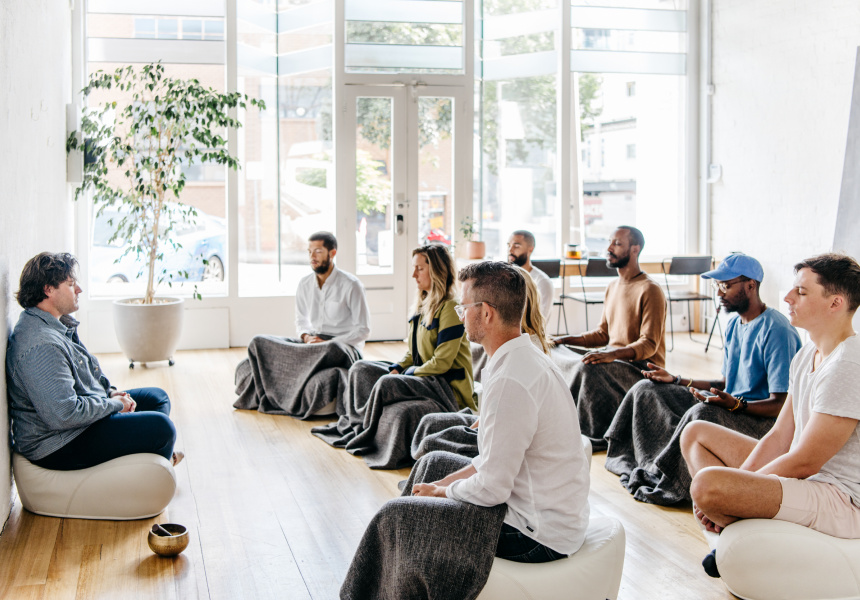 A-Space is a meditation studio with a difference.

Born in Collingwood, the hipster heart of Melbourne, A-Space is focused on making meditation accessible by teaching traditional methods of meditation, in a modern setting.

A-Space makes the experience more akin to attending a yoga class, than to wrapping yourself in robes, shaving your head and sitting on a hill in silence [which also sounds pretty great].

Having come through the 2018 Generator Startup Accelerator, A-Space may be about peace, presence and compassion, but that doesn’t mean they can’t hustle.

Determined to have as much of a positive impact on this world as possible, A-Space have decided to move on from their Collingwood corner to bigger and better things.

When we say bigger and better, we mean it.

A-Space have just announced they are partnering with the $20Bn activewear giant Lululemon to bring you Australia’s first meditation pop-up.

Coined ‘New Beginnings’, the A-Space x Lululemon pop-up studio will be located at 43 Derby Street in Collingwood, just a stone’s throw from their old studio, and will run from February 12 to April 27.

If you're interested in giving it a go, you're in luck. A-Space have kindly crafted a special offer for yours truly - free guest passes that you can CLAIM HERE.

But New Beginnings is just the beginning.

Embodying the lean startup approach, A-Space will be testing and iterating their way around Melbourne, to find which area would pull the biggest crowd and which areas need them the most.

Even though A-Space haven’t announced who they will be partnering with next, based on their brand building mastery, we could only guess it will be someone to write home about.

GET YOUR FREE PASS HERE

“A person who never made a mistake, never tried anything new”