Research in Film and Screen Studies is recognised nationally as being ‘Above World Standing’ (ERA 2018, 2015, 2012). Through world-renowned academics, vital research projects, interdisciplinary research groups, visiting scholars and special events, FSS research offers unique perspectives on contemporary and past screen media, stimulates critical and innovative thinking, and engages with the rich and diverse cultural history of the moving image. With interest in moving-image culture that extends from the first silent films through to YouTube, FSS contributes to a body of research at the vanguard of film theory and criticism, film history and culture.

Film and Screen Studies leads the Screen Histories and Cultures Research Program that focuses on new paradigms for addressing rapid transformation of the moving image while promoting an approach to the digital present and future that values historical understanding and developments.

Our academics also lead and contribute to other research programs in the School of Media, Film and Journalism including the Environment & Media program and the Gender and Media Lab.

Learn more about our research programs.

Remaking the Australian Environment Through Documentary Film and Television View 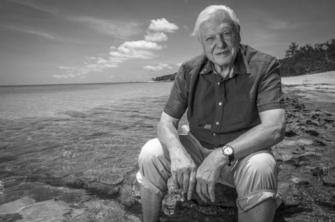 This project aims to investigate how documentary film, television and online media have transformed our sense of the Australian environment since the 1950s. The project will produce a historicised account of how media has fashioned contemporary environmental consciousness. Expected outcomes include environmental knowledge and social action, collaborations between media producers, scientists and educators, and attention to the role of Indigenous knowledge practices in relation to the environment. The project will enhance understanding of the significance of environmental documentaries in shaping practical and imaginative responses to a world undergoing transformation. 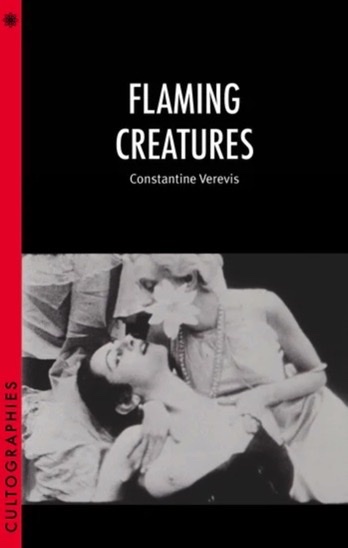 Banned soon after its first midnight screenings, the prints seized and the organizers arrested, Jack Smith’s incendiary Flaming Creatures (1963) quickly became a cause célèbre of the New York underground. Championed and defended by Jonas Mekas and Susan Sontag, among others, the film wildly and gleefully transgresses nearly every norm of Hollywood morality and aesthetics. In a surreal and visually dense series of episodes, the titular “creatures” reenact scenes drawn from the collective cinematic unconscious, playing on mainstream film culture’s moral code in a way that is at once a love letter to classical Hollywood and a searing send-up of its absurdities.

Flaming Creatures offers a comprehensive study of this classic and controversial avant-garde film, from its production and reception history to its complex, even fraught, place in the New York experimental scene, to scene-by-scene meanings, performance styles, and overall artistic accomplishments. Verevis even uses his well-known talents as a top scholar of film remakes to clarify the film’s status as a complicated yet loving ode to Hollywood kitsch. Dana Polan, New York University. 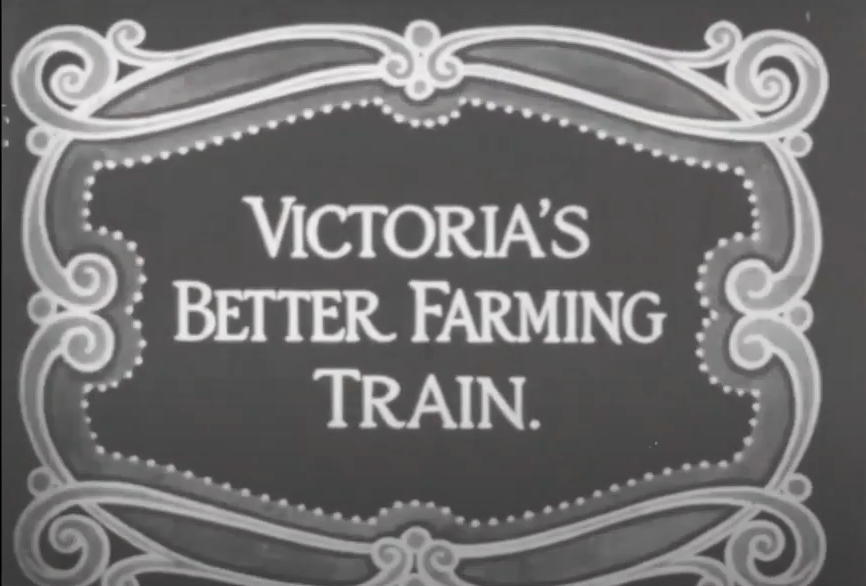 Focused on the post-WWII decades prior to the proliferation of video in the late-1970s, this project compiled and analysed a lasting archive of Utilitarian Filmmaking in Australia, shining startling light on previously-unstudied aspects of media industries. 'Utilitarian' describes client-sponsored, instructional and governmental filmmaking existing outside the conventional theatrical contexts by which cinema is usually defined. Bringing Australian scholars into dialogue with experts presently pioneering the study of Utilitarian Filmmaking in Europe and the US, the project engaged with major cultural institutions and has generated conferences, books, articles, exhibitions and interactive archives. Led by Ross Gibson (University of Canberra) with Monash Film and Screen Studies Associate Professor Deane Williams, Michael Broderick (Murdoch University) and Joseph Masco (University of Chicago). 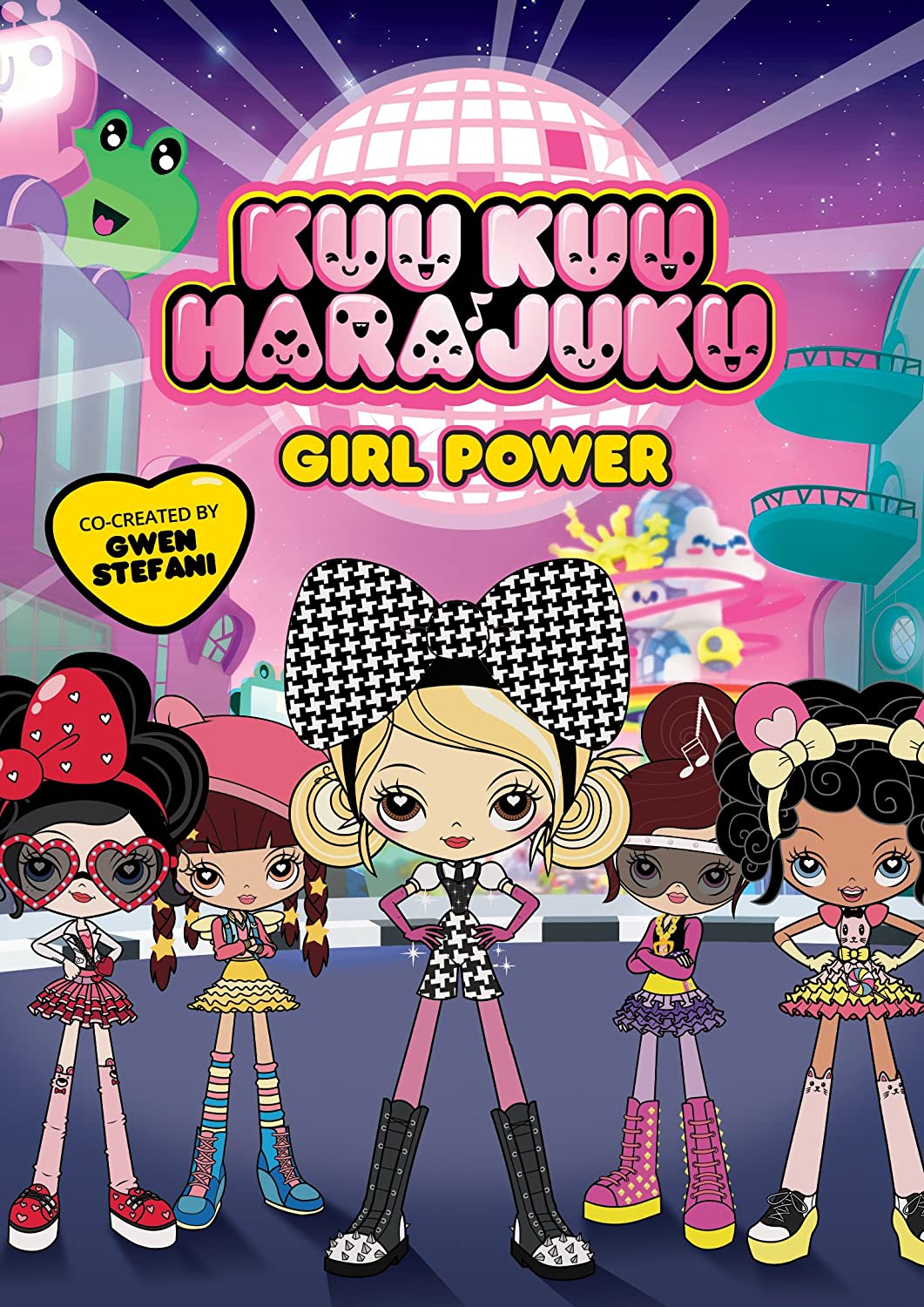 The rise of East Asian media industries, estimated to be worth US$120 billion and reaching at least 2 billion consumers, is changing Australian media culture. WhileEast Asian content reaches Australian audiences via new media, Australian media industries are reaching out to Asia via transnational co-productions. This project examined these trends in media consumption and production to analyse impacts on the cultural identities of Australian audiences and media products. Through the innovative framework of ‘minor transnationalism’, it evaluated Australia's involvement in East Asian media circuits, producing a deeper understanding of the nation's relationship with its region. 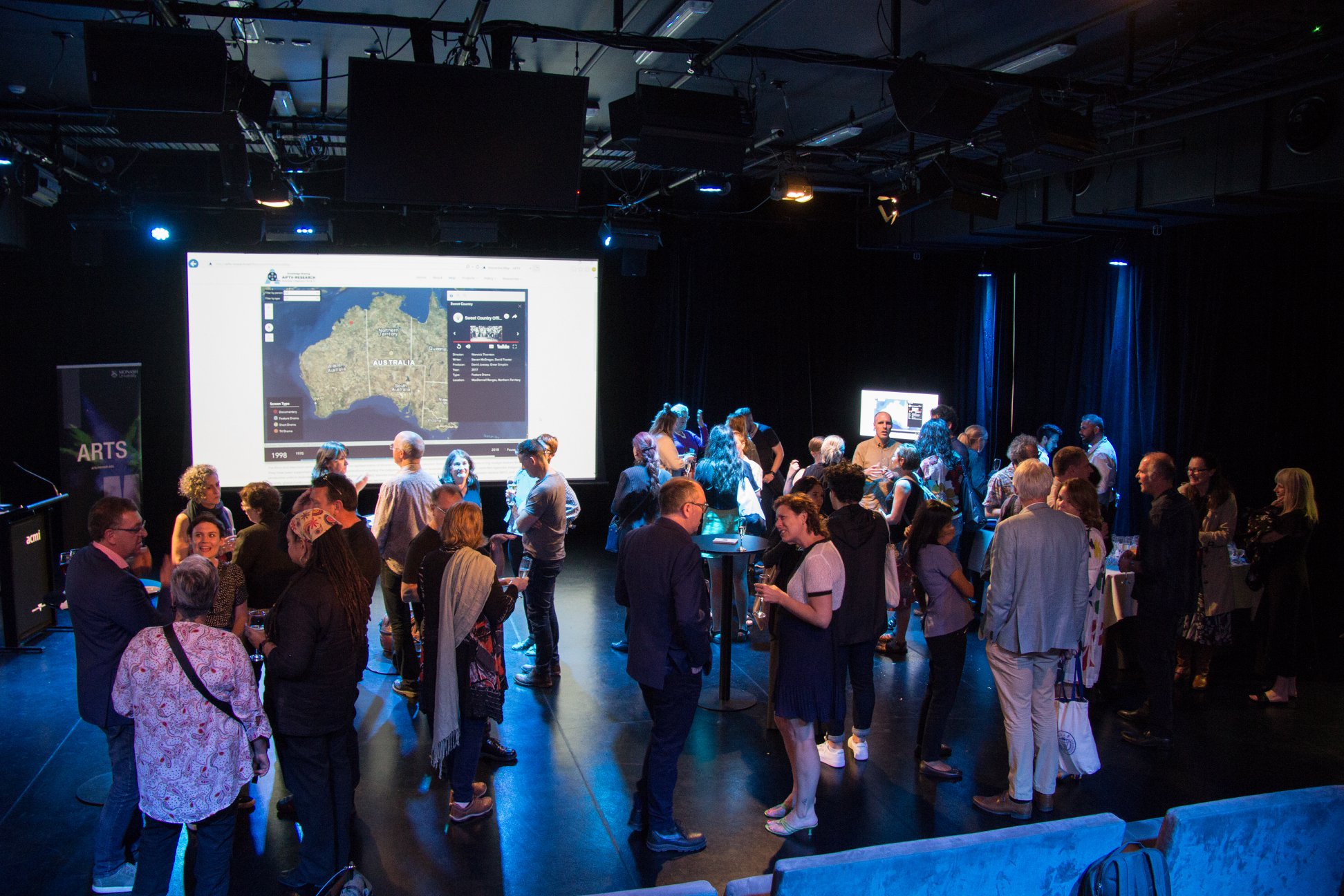 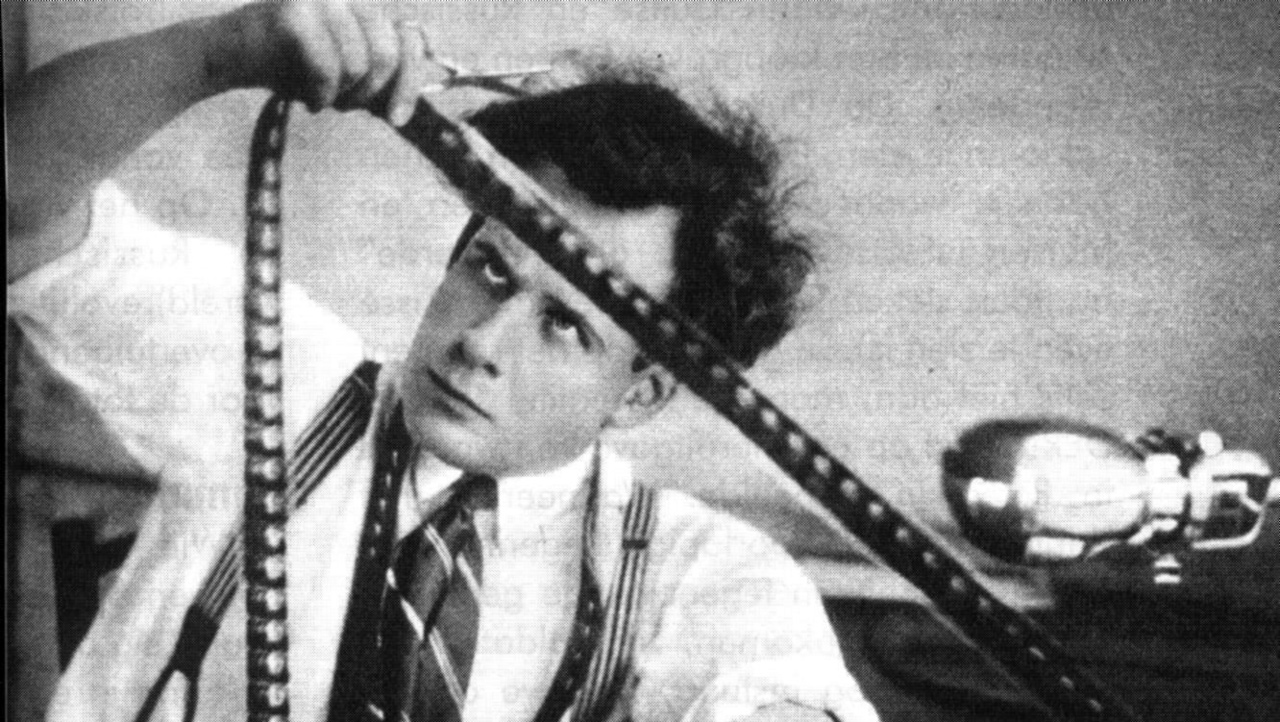 This project by Julia Vassilieva constitutes the first systematic and interdisciplinary study of the unique intellectual collaboration between revolutionary Russian filmmaker Sergei Eisenstein, the founder of contemporary neuroscience Alexander Luria, and the cultural psychologist Lev Vygotsky, from the 1920s to 1940s. Their pioneering research addressing the neuroscience and semiotics of screen aesthetics offers new ways to understand the relationship between the rain sciences, cinema theory and psychology in the digital age.

Queer Television in Australia: Lesbians, Gays and Bisexuals on the Small Screen View With the exception of a small number of contributions to the study of gay and lesbian representation in Australia, the queer history of Australian entertainment television has been left unexamined. This research project by Whitney Monaghan addressed this gap through a detailed analysis of lesbian, gay and bisexual (LGB) characters in Australian entertainment television over a 30-year period from 1970 to 2000. The project examined the rise and fall of LGB representation on primetime Australian comedies and dramas from 1970 onwards in order to understand how key shifts in the politics of Australian cultural life influenced Australian television broadcasting.

The Poetics of Eye Tracking View 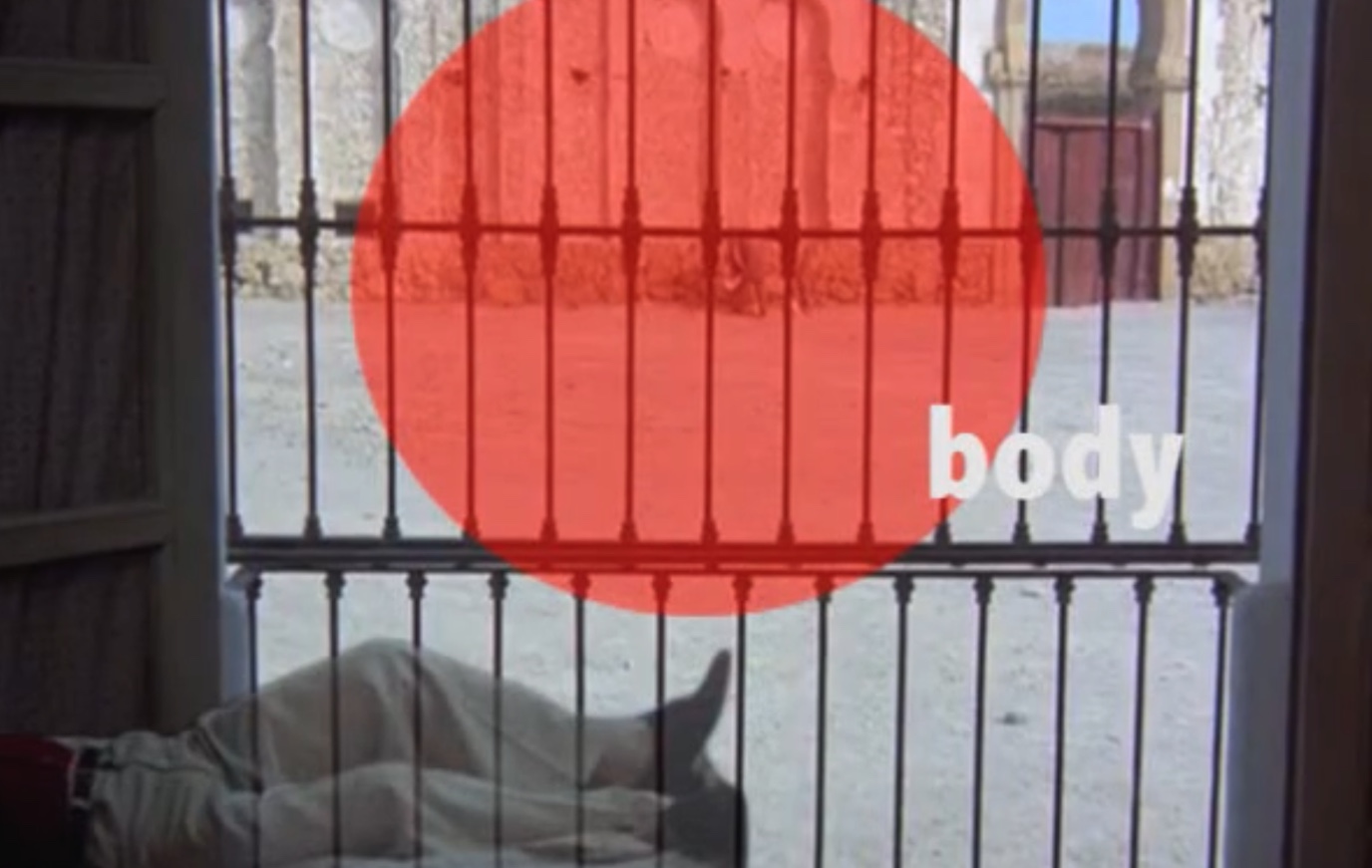 Edited by Tessa Dwyer, Claire Perkins and Sean Redmond (Deakin), this special issue of the award-winning video essay journal InTransition: Journal of Videographic Film and Moving Image Studies presents the work of the Eye Tracking and the Moving Image Research Group, established in 2012. The four video essays in the issue showcase the diverse ways in which eye tracking can inform and support critical and creative screen analysis. They also showcase the video essay as a form of research where screen scholars ‘write’ using not words but moving images and sounds. In these examples, the video essay is able to uniquely express the uncanny nature of eye tracking research, where scholars are compelled to watch the traces of their subjects watching. This two-day Zoom symposium invited 28 scholars of adaptation and seriality – including Claire Perkins and Constantine Verevis – to join in an open conversation to raise questions of common concern to both fields and encourage practitioners to share their views and facilitate collaboration.

Discussion presented by the Screen Histories & Cultures Research Program and SWIFT VIC in partnership with Power of Post and the Melbourne Women in Film Festival. Director, editor and film scholar, Karen Pearlman, shares her insights with film historian, Julia Vassilieva, and generously answers questions from the audience. Features clips from Karen’s recent trilogy: A Woman with an Editing Bench, After the Facts and I Want to Make a Film about Women. These films shed light on early Russian film editors and directors – Elizaveta Svilova, Esfir Shub, Lilia Brik – whose work has been eclipsed by more famous male masters of montage, such as Dziga Vertov, Sergei Eisenstein and Vsevolod Pudovkin. While Pearlman’s films reverse this historical bias, they also make a powerful argument: good editing is not invisible, and neither are the women who do it.

‘The Mediated Voice’, Centre for Screen Cultures at the University of St Andrews View

Roundtable discussion focused on the theme of ‘The Mediated Voice’, preceded by a screening of Irene Lusztig’s documentary Yours in Sisterhood (2019). After the director spoke about making her film, four film scholars – Jaimie Baron, Tessa Dwyer, Jennifer O’Meara and Shruti Narayanswamy – responded to the film and drew on their own research to expand on this theme. A collective playlist builds on this event to explore connections of voice to gender and race, of dubbing and performance, of authenticity and creativity. 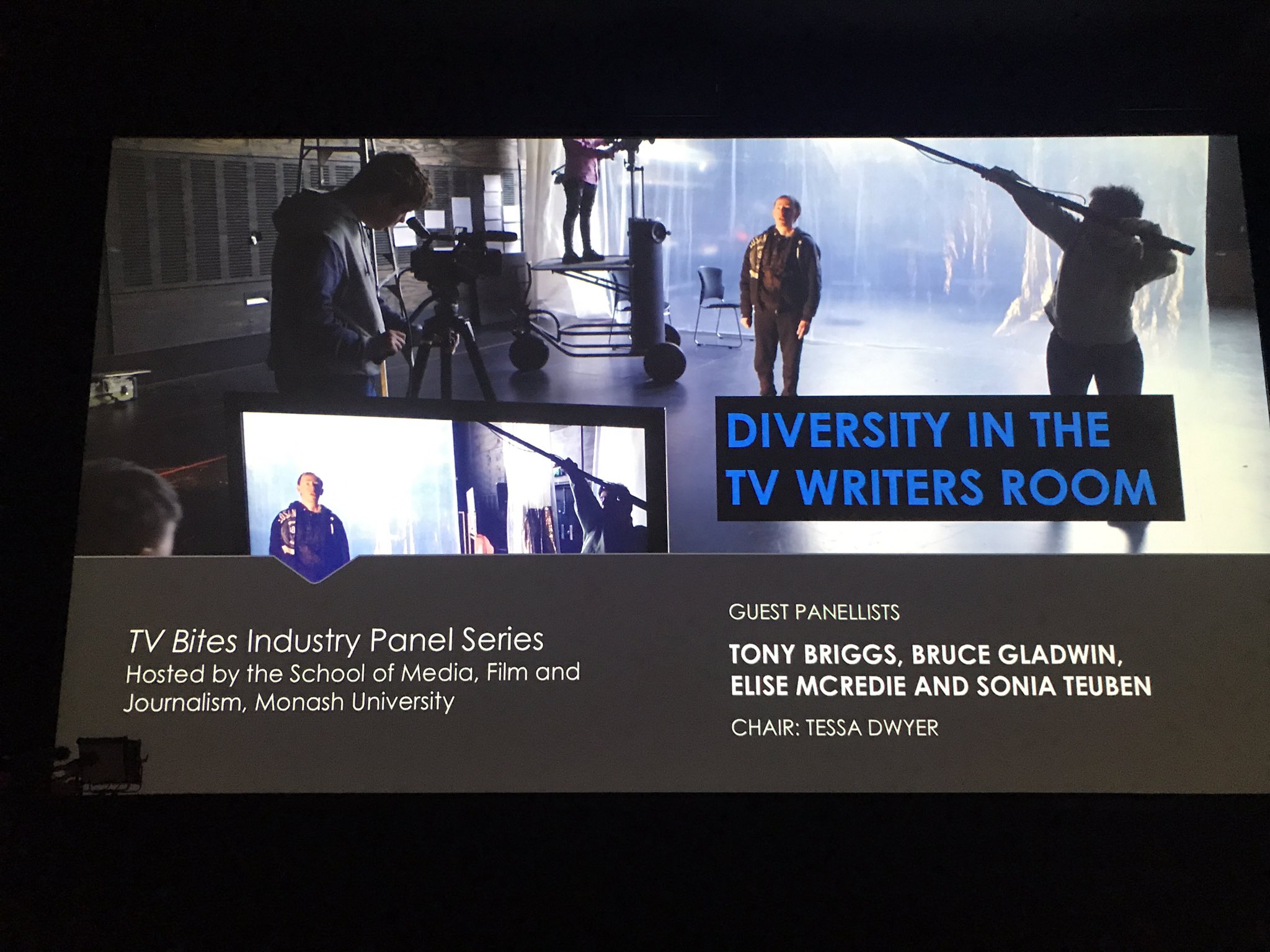 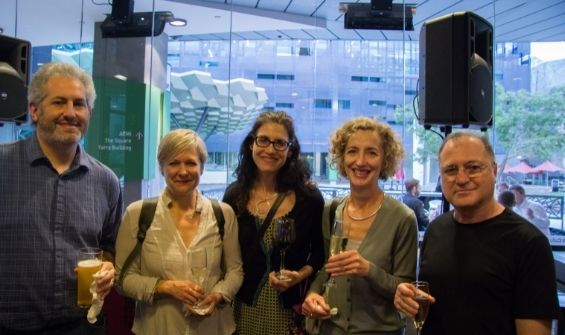 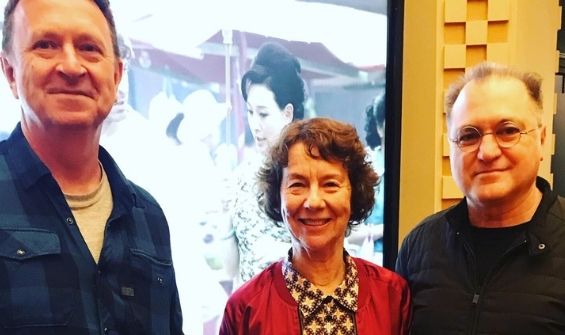