Intimidation and repression in Uganda

Uganda's February elections saw President Yoweri Museveni win his fifth term as president, extending an uninterrupted 30-year stint in office. Worsening restrictions on freedom of speech and assembly in the lead up to the elections cast serious doubt over whether they were conducted in  a  free  and fair manner.

Patterns of repression, particularly the harassment and intimidation of journalists, activists and opposition candidates have long marred the electoral process and have continued following the election.

Discrimination against LGBT people has also taken centre stage. Despite the overturning of Uganda's draconian anti-homosexuality law in 2014, the government continues to punish and silence the LGBT community through the use of repressive laws.

Nicholas Opiyo, a leading human rights lawyer and founder of the human rights organization Chapter Four Uganda, has worked tirelessly since 2005 to defend civil liberties in Uganda, often for free and on behalf of society's most vulnerable and marginalized. Opiyo has worked on a broad  range  of  critical human rights issues in Uganda, and was a key leader in drafting and advocating for Uganda's law criminalizing torture. He has successfully argued several high-level constitutional challenges, including to the notorious Anti-Homosexuality Act of 2013, which was declared null and void  in  August  2014. 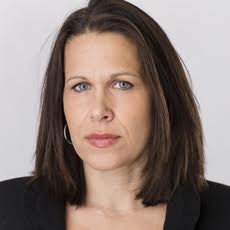 currently covers Uganda, emerging human rights issues in Central Africa, and supervises  work  on  Somalia and Kenya. She has worked with the organization since 2005, first as the Burundi researcher in the Bujumbura field office. Burnett has worked on a range of human rights issues, including child soldiers, torture and killings by intelligence and counterterrorism agents, abuses by the Lord's  Resistance  Army,  and justice reform in Central and East Africa. Before joining Human Rights Watch, Burnett worked as an architect and journalist in Africa. Burnett holds a law degree from Yale Law School and a bachelor's in architecture from Princeton University. She speaks French.