November 14, 2019 | Anubha Sarkar
This talk focuses on the figure of Moḥammed ibn-Mūsā al-Khwārizmī (c. 780-850 C.E./163-235 A.H.), purportedly the inventor of algebra and a key player in the popularization of the Indo-Arabic number system. Significantly, the word “algorithm” is said to derive from his name. Instead of accepting these claims—and thus the standard origin stories for algorithmic culture—at face value, the talk explores their emergence under shifting colonial regimes. It does so by examining the conditions under which al-Khwārizmī’s key writings, and the translations of those writings, were produced. The purpose of the talk is to surface some affinities between culture and mathematics, affinities that were not simply “lost in translation” but were unthinkable within the context of colonial-philological power. The talk excerpts material from Striphas’ upcoming book, Algorithmic Culture, and endeavors to provide deeper historical context for recent incidents of algorithmic discrimination. 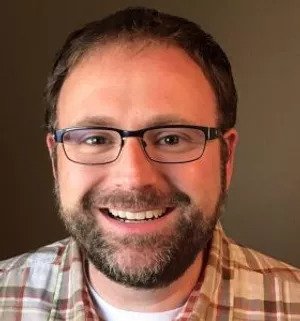 BIO: Bio: Ted Striphas (he/him/his) is Associate Professor in the Department of Communication, University of Colorado Boulder (USA) and Editor-in-Chief of the journal Cultural Studies. He is author of The Late Age of Print: Everyday Book Culture from Consumerism to Control (Columbia University Press) and of the forthcoming book, Algorithmic Culture. His work has been featured in stories and programs from the Australian Broadcasting Corporation, the Canadian Broadcasting Corporation, the New York Times, National Public Radio (US), the Washington Post, and more.@striphas