The SCRN runs seminars and workshops with leading international scholars to deepen our understanding of the challenges and opportunities facing the social contract today.

To register for this Zoom seminar, please click here.

Data-dependent ‘solutions’ to problems posed by the COVID-19 pandemic gave surveillance capitalism fresh opportunities to reduce freedom and fairness in the name of extraordinary emergency measures. This singular conjunction highlighted the need for a contemporary reset of any notion of a social contract, as government-and-business partnerships on the one hand, and digitally-disempowered citizens and consumers, on the other, struggle to recognize each other, let alone to develop a meaningful modus vivendi for a global and planetary future.

Michel Foucault and the Social Contract 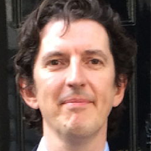 Stuart Elden (Warwick University), 'The Yoke of Law and the Lustre of Glory'

Perhaps surprisingly, Foucault does not talk about social contract theory very often. In this talk I will briefly survey his discussions of the term and the tradition of political thought, especially in his Collège de France lecture courses – his discussion of civil war and the contract in The Punitive Society; the challenge to the tradition in ‘Society Must Be Defended’; and his indication of a shift from the implicit contract of security in territory to population security in his work on governmentality. The main focus, however, will be on a remark Foucault makes in ‘Society Must Be Defended’ about the dual nature of sovereignty, of the relation between political, juridical power and magical, supernatural power. These two faces or aspects are the power to bind and command, and the power to dazzle and petrify. He calls this the “yoke of law and the lustre of glory”. I will explore the links between this understanding of contracts and Georges Dumézil’s work on Indo-European mythology. 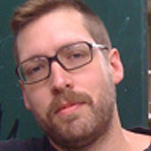 While Foucault's own direct engagements with the social contract are few and far between, I want to offer a Foucauldian critique of social contract theory qua normative political theory. Contractarianism is notoriously premised on a profound ontological individualism, on the idea that individuals are prior to society, and can therefore either (on a strong reading) constitute civil society based on their free contracting to bring it into existence or (on a weak reading) change the form of society in accordance with their wishes. Against this, Foucault argues that the individual (and thus discourses of individualism like social contract theory) is an invention of disciplinary modernity. I will seek to progress this line of critique by combining it with Foucault’s critique of utopianism to suggest that social contract theory represents an incipient normalisation of society itself, indeed one that precedes and provides the background for the intense normalisation of individuals in late modernity.

This online Zoom event will take place on Friday 21 May, 9am Melbourne time (time conversion below).

With the notable exception of Hobbes, the classic social contractarians made two claims: 1) that relations of subordination and domination were not natural but occurred by convention; and 2) that women’s subordination was natural. In her ground-breaking work on the social contract theorists, Carole Pateman explains this contradiction and highlights the link between the following relationships: traditional husbands/ wives, employers/employees and sovereign/subjects. This comparison was initially jarring but also very fruitful. By juxtaposing these relationships, she argues that it is through contracts for the exchange of property in the person that relations of subordination became managed in modernity. In this paper, I consider Pateman’s analysis in the context of Mary Anne Case’s conclusions about women in the workplace in “Pets or Meat” and David Graeber’s Bullshit Jobs.

Add this event to your Google calendar:

Open to the public. To receive the Zoom link for this event, please email socialcontractresearchnetwork@gmail.com. 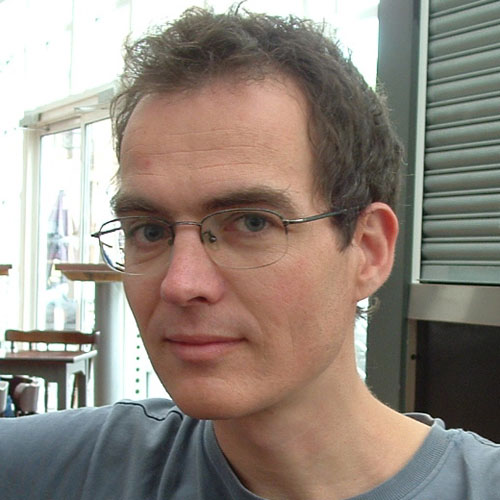 ‘The most absolute authority’, Rousseau writes, ‘is that which penetrates to man's inmost being, and affects his will no less than it does his actions.’ The famous account of a ‘general will’ that Rousseau then develops as a way of understanding the depth and breadth of such penetration can be understood in two ways. On the hand, Rousseau’s emphasis on political psychology seems to cross a threshold in the long history of modern power, from a Hobbesian emphasis on forceful compulsion and outward obedience through Marx’s analysis of the ‘golden threads’ of capitalist coercion to Foucault’s analysis of the mechanisms whereby power comes to work directly on the inward dynamics of the psyche. On the other hand, Rousseau’s account of a general will also helps to clarify what needs to be done, in situations structured in dominance and hierarchy, to acquire and sustain a capacity for collective, egalitarian and autonomous self-determination. Rousseau can either be denounced as the architect of a newly sinister ‘soulcraft’, or embraced as the revolutionary prophet of mass emancipation. Which path should we choose? And how far do they diverge?

To register for this Zoom seminar, please click here.

This paper falls into two parts. In the first I sketch two broad contrasting attitudes to political theory, within one of which, Catharine Macaulay’s republicanism should be situated. Both broad attitudes have problems. The first is realist and pessimistic, foreclosing the possibility of the promise of enlightenment. The second is utopian and optimistic but faces a fundamental epistemological challenge. Macaulay’s thought belongs to the second of these traditions and fails the epistemological challenge. In the second part of the paper, I propose a way of restoring her optimistic utopianism, in a reconciliation, grounded in a revision of natural law, of the two attitudes to political theory, thus making her republicanism serviceable for the present age. The guiding question of the paper is whether, or to what extent, a rearticulation of her idea of a representative democracy, grounded in a social contract, can retrieve something of the moral underpinnings of her enlightenment republicanism, without falling back, as she did, on suspect theological assumptions.

Badiou, Rousseau, and the Social Contract

The question of the transition between a pre- or non-political situation and a properly political situation has proven a frustrating enigma for the greatest of the social contract theorists themselves. How does one move from a ‘state of nature’ to ‘a state of obedience’? How can authority be implemented on the basis of natural freedom? What sort of residues of nature survive in the new order or orders? Such questions have proven intractable, not least due to their circularity. Rousseau himself admits it: ‘How did this change come about? I do not know.’ In his own meditation on Rousseau in Being and Event, Alain Badiou reuptakes the question, focusing on the peculiarities of the ‘general will.’ In doing so, he makes a distinction between what is apparently a functioning contractual situation, for instance, the actuality of sovereignty and its structures, and the power of establishment, that is, the event of the general will that founds the chance of politics. This distinction has significant consequences for thinking the state, as it confirms that ‘the State is not founded upon the social bond which it would express, but rather upon un-binding, which it prohibits.’ This talk will introduce and discuss these distinctions and claims in some detail.

In this talk, I take as my starting point the turn by a number of crime writers towards the apocalypse and apocalyptic themes: namely, Lauren Beukes’s Afterland (2021), Hanna Jameson’s The Last (2019), Deon Meyer’s Fever (2017), Hye-Young Pyun’s The City of Ash and Red (2018), Chuck Wendig’s Wanderers (2019), and Ben Winters’s The Last Policeman (2012). In part, and looking at the long history of the genre, crime fiction has always been interested in the benefits and problems of the social contract: as I have argued, even the earliest crime stories ‘end up responding to the threat of social anarchy by justifying a Hobbesian move from the state of nature into the social contract while at the same time hinting, intentionally or otherwise, at the inadequacies of the state’s provisions for law enforcement’ (Unwilling Executioner, 24). These contemporary crime/apocalypse novels allow us to think about how much and how little has changed: in response to the spectres of global pandemics, nuclear explosion and climate emergencies, the states in these novels have evolved/crumbled and with this their imperfect mechanisms for maintaining order, law and justice. As such I am interested in teasing out and interrogating three related lines of critical enquiry: first the potential to read these texts as world literature, given the global nature of the threats and the breakdown of national traditions and borders; second, the issue of how the unravelling of the social contract occasioned by the apocalyptic threat is dealt with by or within the parameters of the crime story; and third, the extent to which this social unravelling presupposes and indeed produces an unravelling of genre or at least the emergence of new hybrid forms.

How the social contract has failed women

Crime fiction has been long accused of being a conservative genre that reaffirms the social order and endorses a patriarchal society. This view has been challenged by a number of crime novels which successfully denounce violence against women, and the evil of patriarchal societies that feeds such violence. In my talk I will analyse the representation of gender violence and femicide in Dacia Maraini’ Voices (1997), Maria-Antònia Oliver’s Study in Lilac (2001), and Stieg Larsson’s Men Who Hate Women (2005). I will show how these crime novelists use the crime fiction genre to shift the readers’ attention from an individual crime and an individual culprit to point to a systematic failure of Western States, and the social contract that pinpoints them. Throughout their narrative, these writers historicise the evil of femicide, arguing that far from being merely a matter for psychiatrists, it has profound roots in Western culture. They describe it as a pervasive evil in contemporary society and a gangrene very difficult to eradicate as it concerns everybody, and is not only identifiable with deviant personalities. Ultimately, I show how crime fiction can act as a privileged genre for exposing how the social contract has failed women.

Social contract theory is concerned with the legitimacy of authority over the individual and discusses to what extent, and why, individuals consent to surrender some of their freedoms in exchange for a social order from which they benefit in one way or another, and in which they feel protected. For the social contract to work, therefore, a body of laws must be created and shared by all members of a given society. But, do all members of a society enter into the social contract consensually? And how do the authorities remind citizens of their duty to abide by the social contract? Taking these issues as my starting point, in my talk I discuss the role Cuban television police shows have played in the maintenance of the Revolutionary social contract, by constantly reminding citizens of the rules they had to follow, and the penalties they would otherwise face. To that end, I analyse the television series Tras la huella, broadcast in Cuba since 2005.

The Ends of Autonomy Colloquium

An international, interdisciplinary online Zoom colloquium hosted by Monash University, drawing together insights from philosophy, economics, literary and cultural theories into how the concept of autonomy is changing today. 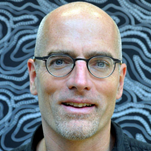 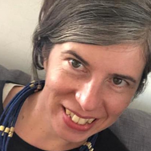