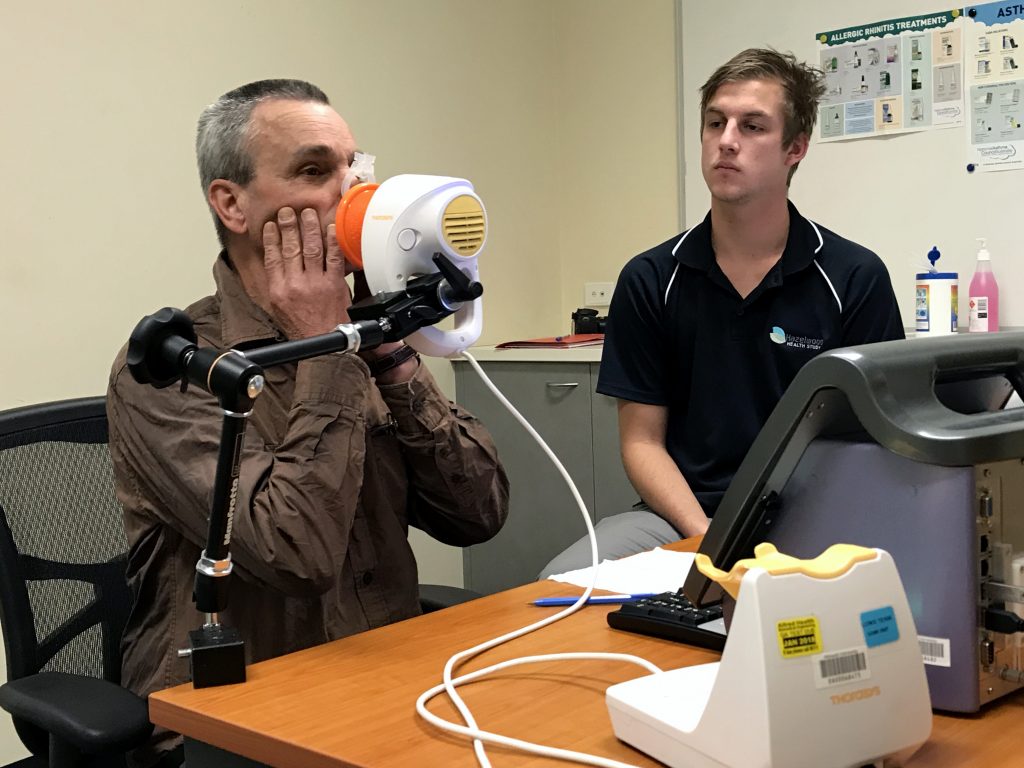 Lung assessments of adults who lived in Morwell during the 2014 Hazelwood mine fire are underway.

The Hazelwood Health Study has begun randomly mailing out information packs to 500 people who completed the Adult Survey inviting them to take part in free, specialised lung assessments.

The two-and-a-half-hour-long visits aim to find out whether exposure to mine fire smoke is associated with respiratory symptoms, or changes in lung health or asthma management.

“We understand that the tests are time-consuming, but it is critically important that as many people as possible participate in the next phase of the Hazelwood Health Study,” HHS Respiratory Coordinator Brigitte Borg said.

“We also need healthy people as well as those with asthma or other known lung diseases.”

Almost 3100 adults in Morwell and 1000 comparison adults in Sale completed the Adult Survey, to which people responded to between May 2016 and February 2017.

The survey collected self-reported health and smoke exposure information. A sample of those who responded to the Adult Survey are being invited to participate in the lung health assessments.

The assessments will be held in the study clinic at Latrobe Community Health Services in Morwell from August to November 2017. At the clinic, residents will complete a series of simple breathing tests and surveys under the supervision of a trained respiratory scientist.

Residents who choose to take part in the free, specialised testing will be compensated for their time with a $50 gift card. Information on how to participate will be included in the mail-outs.

“We plan to invite residents who participate to undergo the same assessments on two further occasions; once in three years and again in six years from now,” Ms Borg said.

“This will help us look for changes in lung health over time. Those who choose to participate this time, however, will be under no obligation to participate in the future.”

Lung assessments will also be conducted in Sale from November 2017 to January 2018. Sale was selected as the comparison community because it was only minimally exposed to the mine fire smoke and was comparable to Morwell in size, rural location and population characteristics.

For more information, or if you receive an information pack, phone 1800 985 899 or visit hazelwoodhealthstidy.org.au

This research is funded by the Victorian Department of Health and Human Services.