Due to the Victorian COVID-19 restrictions, like the rest of the community the Hazelwood Health Study has had to modify its work practices. As a result, this year the annual event was held as a live webinar. Community members, supporters and stakeholders were able to join the live event online.

We would like to thank everyone that was able to attend the Community briefing session. The Annual Community Briefing has been recorded and is available to watch here.

Along with our Principal investigators and Stream Leads, a number of key community leaders were present to contribute to the Question and Answer session, where they responded to a number of questions raised by community members.

The 2019 annual Community Engagement Session took place on 11 June 2019 at the Morwell Bowling Club. Forty-two people attended the Session which was facilitated by Professor John Catford, Chair, Latrobe Health Assembly. Jane Anderson, the Latrobe Health Advocate, took part and provided concluding comments. A powerpoint presentation  was used to guide the session. The Principal Investigators set the scene, reporting progress to date and providing examples of emerging outcomes from the study. There were five Roundtables and community participants all spent 15 minutes in conversation with researchers at three tables of their choice. Researchers outlined their proposed research activities for Years 6 – 10.

Key feedback from the community through Roundtable Conversations included:

Comments from the Health Advocate

The Health Advocate acknowledged the lively conversations and the desire and willingness of members of the community and the researchers to engage in the conversations.

What the Health Advocate heard:

The Hazelwood Health Study hosted a Community Engagement Session on the 22 August 2018, at the Morwell RSL Club. This year’s event was attended by over 70 people, making it our largest community engagement session to date.

The purpose of the session was to foster a two-way communication channel between researchers and community members. During the engagement session Hazelwood Health Study researchers reported findings, and responded to questions and suggestions from community members about the study.

The event commenced with a brief explanation of the intersections between the study and local health initiatives, including the Latrobe Health Assembly and the Latrobe Health Advocate within the broader Latrobe Health Innovation Zone. To set the scene, Gerard Callinan, a former ABC Gippsland presenter, interviewed principal investigators Michael Abramson and Judi Walker.

Two Hazelwood Health Study community briefings, now known as Community Engagement Sessions, were held in Gippsland in early October. The purpose of the engagement sessions was to provide community members with a study update, including the latest round of results, how these results can be used to help the community and future research. Attendees were also encouraged to engage with the researchers. 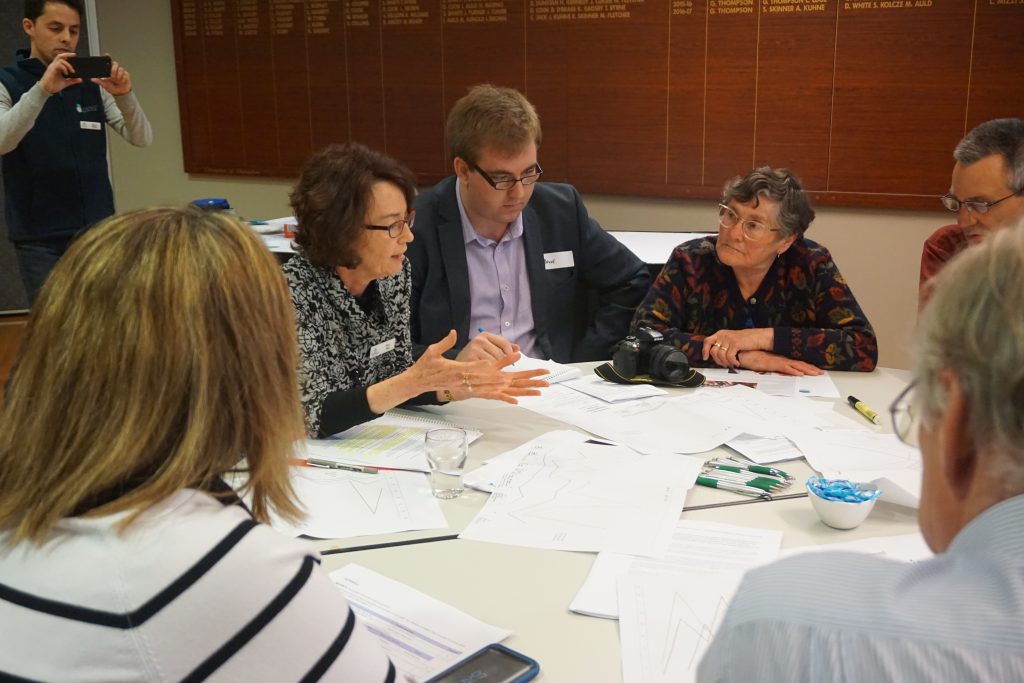 The first session was held in Morwell on Monday 9 October at the Morwell Bowling Club. The session included an interview with study principal investigators Michael Abramson and Judi Walker. The interview, led by moderator and former ABC Gippsland presenter Gerard Callinan, focused on the operations of the study, the results to date and how it would work with the community. The interview was also open to questions from attendees.

Following the interview, the session broke out into several roundtable discussions focusing on the study’s research streams. Attendees participated in four roundtable rotations led by research stream leads. Researchers provided participants with an update of their research stream and answered questions from attendees. About 40 people attended the Morwell session. 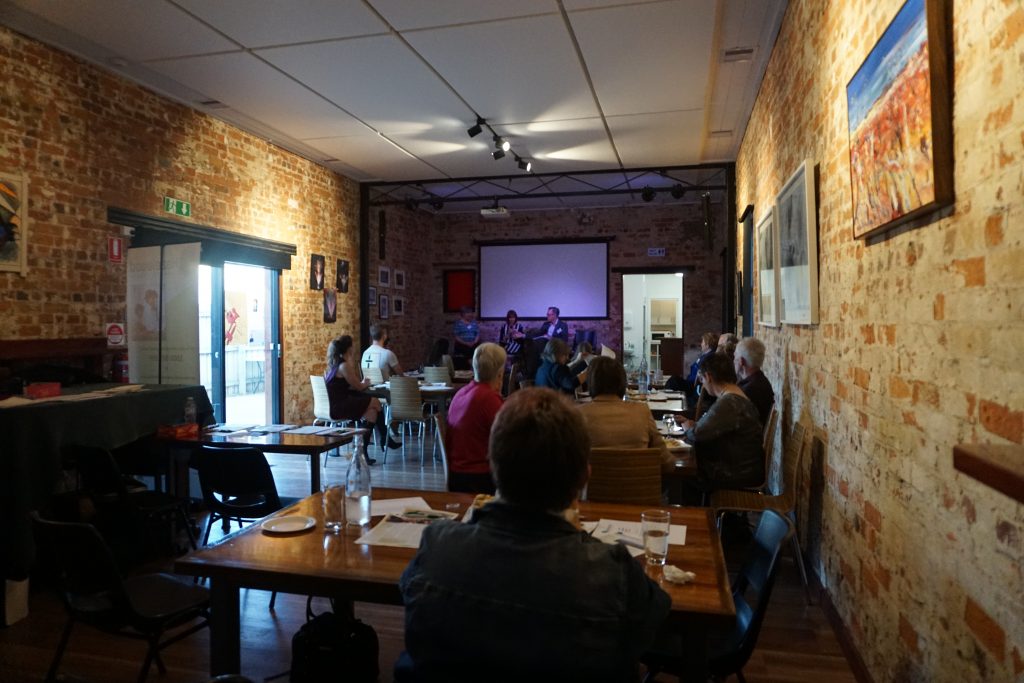 The second session was held in Sale on Tuesday 10 October at the Bond Street Event Centre.This session differed from the one held in Morwell – it focused on content relevant to Sale participants and no roundtable discussions were included. An interview took place between Gerard Callinan, Judi Walker and Community Advisory Committee Sale representative, Ruth Churchill. Their conversation focused on the importance of including Sale community members in the study.

Following the interview, there were two presentations about the Adult Survey and recent cancer results, and the clinical testing about to get underway in Sale. Attendees were encouraged to ask questions during the presentations. About 20 people attended the Sale session.

A copy of the Hazelwood Health Study Research Streams Overview document, made available at both sessions, can be viewed here.

A Community Briefing was held in Morwell on 29 November 2016 at the Morwell Bowling Club. See below for a copy of the slides that were presented:

A Community Briefing was held in Morwell on 11 August 2015 where the Hazelwood Health Study was presented to the Community.  See below for a copy of the slides that were presented:

A further briefing was held in Sale on 20 August where study team members gave an overview of the study, highlighting the Adult Survey component which will include Sale. A copy of the slides is available here. The study team is committed to providing regular updates to the community as the study progresses. Details of upcoming briefings will be provided here in due course.