Is a Fitbit a reliable way to track sleep?

With the growing popularity of fitness watches that track personal data, including sleep, more people are using the information to inform choices about their health.

But is this information really accurate? And can it be helpful to doctors? 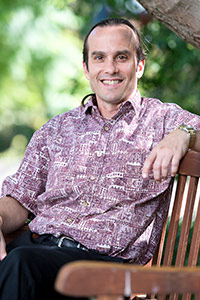 A new study by Monash University researchers, in collaboration with researchers from SRI International’s Center for Health Sciences in California, USA, has found the sleep monitoring capacity of one model of Fitbit watches may be just as effective as a research-grade actigraph – the accepted standard for measuring sleep outside of laboratory settings - in almost every way.

“Clinically, patients often show up at sleep disorders clinics with output from such devices hoping their doctor can make sense of it.”

The researchers collected sleep data from 25 people - previously confirmed through an in-laboratory sleep assessment to have chronic insomnia - using the consumer Fitbit Alta HR and the validated research-grade Actiwatch Spectrum Pro. The data was collected in the patients’ homes for one week before they received insomnia treatment and again for a week after treatment.

“Fitbit Alta HR can measure sleep in someone with insomnia just as well as the research grade device commonly used.”

“This study demonstrates the potential clinical utility of a consumer sleep-tracking device, but many people – not just those with insomnia – are interested in tracking their sleep patterns as a means to improve their sleep and health,” said Massimiliano de Zambotti, Ph.D., from the Human Sleep Research Program at SRI International.

“This is the first research comparing a commercially-available sleep tracker such as the FitBit against a research-grade tracker over two weeks in participants’ home environments, and it shows that the commercial tracker can indeed provide reliable, useful information.”

The researchers caution there were some limitations. Professor Drummond said as insomnia symptoms got worse, the Fitbit became less accurate - the Fitbit thought the person was asleep, when they were just lying still.

Neither device was useful in making a diagnosis of insomnia or in tracking treatment outcomes, he said.

The study, published in the Journal of Sleep Research, concluded: “Both researchers and health professionals may consider the use of this (Fitbit) device as an alternative to the more expensive research-grade actigraphs.”