College Awards of Distinction recognise the importance of significant contributions by a senior Member of the College, to the College and to the expert field of that College. To be eligible, a candidate must have been a Member or Academic Member of the relevant College for a minimum of eight years. Prof Ponsford has been a member of CCN since its inception in 1983, having been a member of its founding committee.

Prof Ponsford was recognised for her contribution to the development of clinical neuropsychology in Australia, her training and mentoring of many existing and aspiring members of the College, and her significant and long-term internationally recognised research contributions to the fields of traumatic brain injury and rehabilitation.

“I’m delighted to have received this Award from the APS,” said Prof Ponsford. “I was nominated for this award by several of my past students, who have gone on to take senior roles in the profession and in the CCN, and to conduct clinical research. I am immensely proud of them.

“Within MICCN and the Monash-Epworth Rehabilitation Research Centre, we conduct innovative and internationally competitive research investigating outcomes and the effectiveness of intervention programs for individuals with brain injury or other injury resulting from trauma. We ultimately aim to maximise their functional, psychological and social outcomes. This award recognises our contributions.”

As a result of the Award, Prof Ponsford has received a certificate, will be recognised in InPsych, and will have her name placed on a web-based College ‘roll of honour’.

We congratulate Prof Ponsford on this wonderful achievement.

For more information on Prof Ponsford’s research, email her at Jennie.Ponsford@monash.edu.

For more information on the APS Colleges Award of Distinction, visit the APS website. 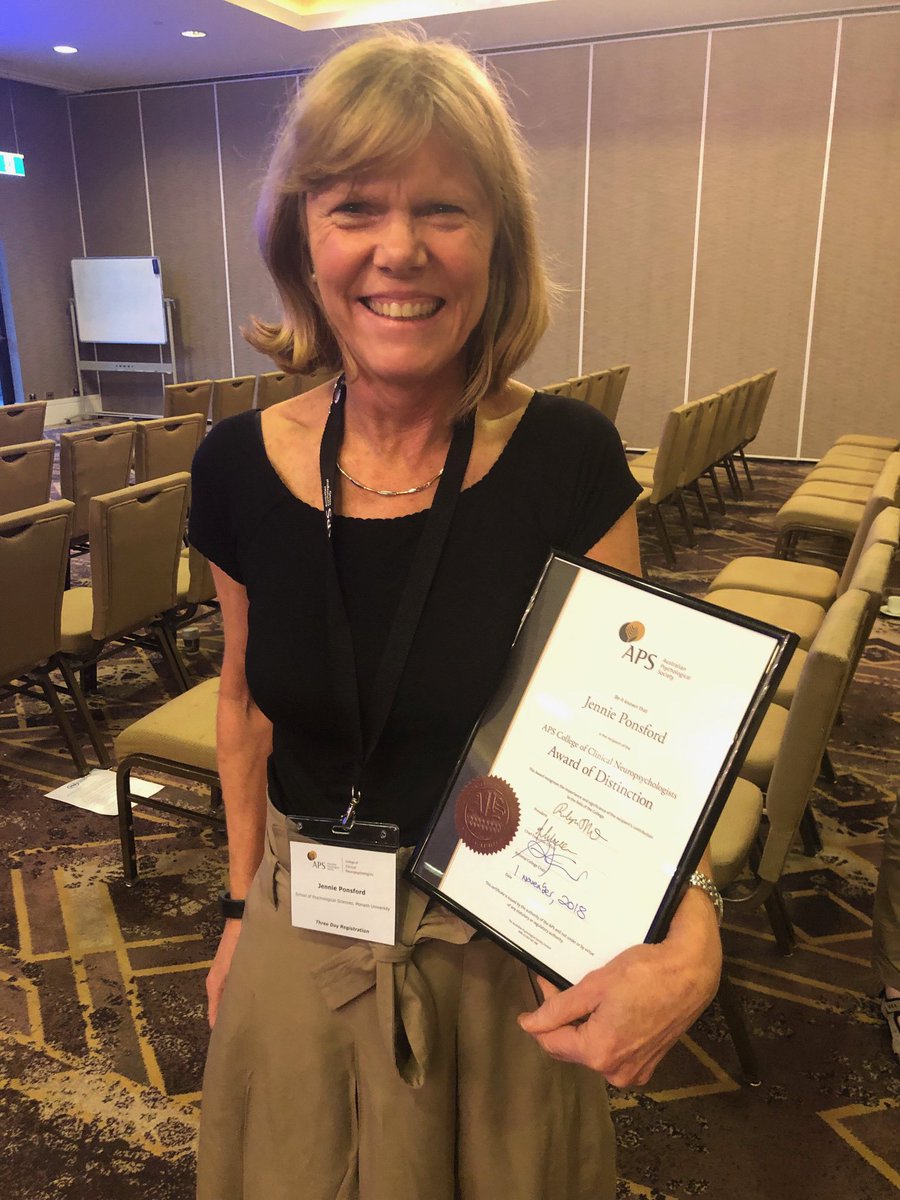